The greatest health concern for many marijuana users is the inherent dangers of impairment. Marijuana has calculable adverse effects on mental concentration and psychomotor skills related to driving and other important activities.

While the dangers of drunken driving far outweigh those of driving high, it still should not be overlooked. Many pot enthusiasts might say that no one has ever been hurt by using marijuana, but there’s no doubt that some accident fatalities have occurred. Accidents often result from careless and irresponsible use and can (and should) be avoided with a proper appreciation for marijuana’s effects. 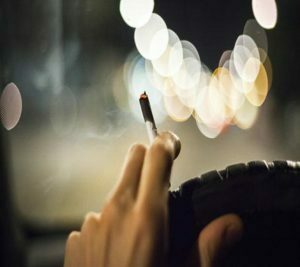 Driving simulator studies have consistently found that marijuana adversely affects certain driving skills, in particular tracking ability, or the ability to maintain a constant speed and distance from other cars; attentiveness; judgment of speed and distance; peripheral vision; and coordination at complex tasks. Balance and muscle steadiness are adversely affected, as well.

Marijuana won’t noticeably impair simple coordination or reaction time (e.g. the ability to slam on the brakes when in danger). But, it will affect coordination and decrease reaction times for complex tasks when prompt decision making is vital (e.g. choosing whether to swerve right or left to avoid an obstacle, or whether to accelerate or stop at a railroad crossing with an oncoming train). For the most part, marijuana won’t affect routine driving, but can be dangerous in emergency situations.

While not driving, the greatest danger of marijuana is its negative effect on concentration and short-term memory. It’s easy to forget vital safety measures, and many users are susceptible to leaving the water running or the stove turned on, losing their keys, and so on. Marijuana should be avoided at all costs while doing jobs that require concentration like airline traffic control or operating complex machinery. Some heavy chronic users could develop a degree of tolerance to these effects, but an impaired user is almost never the best judge of his own impairment. For this reason, it’s best to err on the side of caution.

One of marijuana’s most disconcerting effects is its ability to make familiar things seem strange. Drivers may suddenly find themselves completely lost in familiar neighborhoods or forget to take the correct freeway exit.

Luckily, most marijuana users are quite aware of their impaired condition and will try to compensate for it often by slowing down. In fact, many police consider slow driving to be a telltale sign of marijuana use. In this regard, marijuana and alcohol impairment are wholly dissimilar. Indeed, alcohol tends to promote speeding and reckless behavior.

Researchers from the National Highway Transportation Safety Administration (NHTSA) concluded that marijuana produces a modest, dose-dependent reduction in road tracking performance with effects that are “in no way unusual compared to many medicinal drugs.” It even found that higher doses of marijuana had smaller adverse effects on driving than alcohol at .08% blood alcohol content. The legal threshold for driving under the influence of alcohol typically sits in a range between .08% and .10% 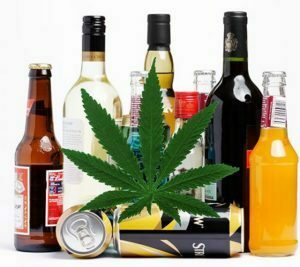 Plenty of other accident studies have proven that marijuana is a lesser driving danger than alcohol. A comprehensive survey of a single decade of U.S. accident data revealed that alcohol-free drivers with marijuana in their systems had a “slightly elevated” risk of unsafe driving behavior, but lower than that for drivers with legal amounts of alcohol in their blood (Bédard). Similar results were found in a wide-scale study in France (Laumon).

Other studies have suggested that marijuana is more hazardous within the first two hours of acute intoxication when higher levels of THC are found in the blood (Drummer, Grotenhermen).

However, the combination of alcohol and marijuana was clearly dangerous. Most driving studies point out that, when combined with other drugs, marijuana’s adverse effects are additive. A California survey of young males killed in driving accidents revealed that 80% of marijuana-related fatalities also involved alcohol (Williams). Clearly, marijuana users should avoid alcohol and other drugs while driving.

Marijuana produces significant psychomotor impairment for the first couple of hours after smoking. Of course, the effects tend to fade after that. A few studies have discovered subtle effects for four to eight hours, but there’s really no associated safety concern. One study claimed to detect very faint effects of marijuana for up to 24 hours on airline flight simulator tests. Other studies have yet to confirm these effects (Yesavage).

If you’ve used marijuana recently, you may want to run an internal diagnostic before driving. If you’ve been losing track of conversations or forgetting what you about to say, you’re definitively too stoned to drive well. To test your motor coordination, simply try to talk while standing on one foot. If you lose balance, you’re probably stoned and shouldn’t get behind the wheel. Another test is to extend your arms fully to each side and close your eyes. Then, bring in each hand and try to touch your nose with your fingertip. If you miss, you’re too stoned to drive.

BACK TO TOP
5 Comments