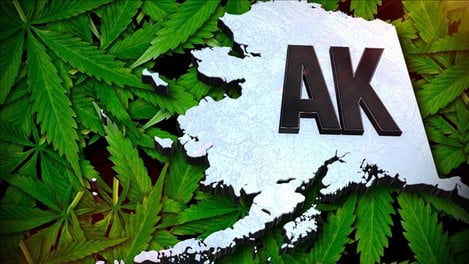 Change of hearts on the issue of cannabis has become quite pervasive in recent times and there are some valid reasons behind it. Decision-makers are finally able to see how legalization of marijuana is benefitting various states with their revenue generation. Secondly, research body on the therapeutic benefits of marijuana is growing and that is helping many people to be more open to the idea of cannabis decriminalization.

Alaska’s Cannabis Board has recently inducted a police chief on their panel from the southeastern city of Sitka. Jeff Ankerfelt is one of those policemen who has come to the conclusion that a decades-long war on drug is just a waste of resources and nothing else. He aired his thoughts while talking to media after his nomination. He also pledged to make his contribution for the implementation of regulations to set up a robust cannabis industry in the state.

According to Ankerfelt, after years of his services on the ground, he has come to a close that crackdowns against cannabis are just a waste of time and counterproductive. He also thinks that it’s not justified to uphold the classification of cannabis as a controlled substance when a lot of studies have indicated the therapeutic benefits of its different constituent molecules and compounds. Ankerfelt has also shown his interest in learning more about the medical benefits of the strain.

Ankerfelt is going to occupy the seat of director of public safety on the board. The preceding director resigned after Jeff Sessions’s announcement to rescind Obama-era Cole Memo. The memo limited the federal intervention in the cannabis affairs of states. Its annulment has forced many state and federal employees to reconsider their stance on the legality of cannabis.

However, Bill Walker, the state governor reassured Alaskans that he would do everything to defend the citizens’ will on the issue. This is the reason why MMJ program in the state has been running without being affected by the decision of the Department of Justice. Alaskans voted for the legalization of recreational marijuana in 2014. Alaska was the third state to legalize adult-use cannabis after Washington and Colorado.

The state’s Cannabis Industry Association has also shown their confidence on the appointment of Ankerfelt. The association’s executive director, Carry Carrigan, is happy with the clarity of Ankerfelt on the issue of cannabis.

Decriminalization of cannabis has gained a substantial momentum all across the country. Even in the jurisdiction where it is still implausible to legalize cannabis, its decriminalization is becoming a reality. Case in point is NYC where the Mayor has ordered the city police to stop arresting people with minor possession of the strain.

The justification given by NYC mayor is the same as Ankerfelt’s i.e. the crackdowns against marijuana are counterproductive. Marijuana prosecutions have become one of the reasons for the increased racial disparity. Moreover, it has been eating up critical law enforcement resources that can be directed to curtail serious crimes and to solve other law & order issues.