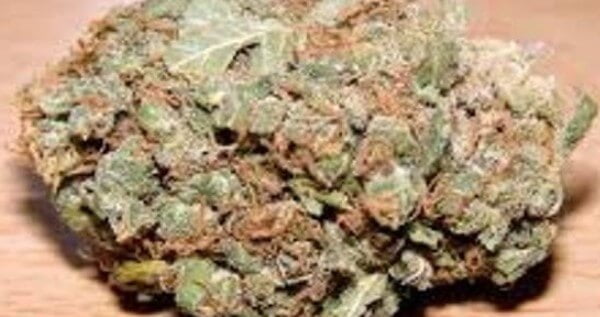 Arctic Sun is a staple for Sativa-dominant lovers with a penchant for an Indica’s slow-starting buzz. It brings joy to one’s day with its euphoric high but does not hit the mind right away. Instead, its effects creep in and gradually intensify with each puff.

The Sativa-dominant hybrid is a lovechild between two of the cannabis world’s best strains. From Skunk No. 1, it gained a high-flying cerebral high as well as a skunky undertone. Meanwhile, White Widow influenced its stress-crushing body buzz and creative enhancement. The two contributed to its offspring’s sturdy performance in the grow room.

Many people turn to Arctic Sun as a recreational strain. After all, it does boast a THC of up to 22%. However, the same psychoactive compound holds a multitude of medicinal benefits. Although, due to its potency, users must be wary of accidentally smoking beyond individual tolerance.

Download my free Grow Bible and grow your own Arctic Sun!

Though slightly Sativa-leaning, Arctic Sun’s Indica influence is still strong. This is shown through its slow-starting onset which begins 15 minutes after the first two to three puffs. However, once it settles, users experience the full power of its cerebral high.

Almost immediately, a rush of euphoria spreads all throughout the mind. It clears away distracting thoughts and inspires a sense of creativity. With ideas brimming, it is easy to feel motivated to finish tasks. And, with a heightened focus and profound curiosity, one can spend hours concentrating or working on passion projects.

A rush of energy keeps the body invigorated even as the hours pass. Moreover, it has a relaxing buzz that prevents users from feeling totally tired as it unties knots in the muscles. Although intense, it is not at all sedating. For this reason, Arctic Sun is best used as a wake-and-bake strain to be taken in the morning in lieu of coffee.

Arctic Sun has a sharp chemical scent with strong overtones of ammonia. There is also a pungent fuel-like aroma reminiscent of diesel mixed with skunk. Crushed and combusted, a sweet floral permeates throughout the room.

Drawn in, Arctic Sun’s smoke fills the mouth with the chemical taste of ammonia. There is also a hint of sour diesel too albeit neutralized by its floral undertones. On the exhale, there is an aftertaste of skunk that lingers in the palate for hours after the last puff.

In spite of its seemingly harsh chemical profile, its smoke is smooth and will not leave users coughing.

Cannabinoids interfere with moisture production in the tear ducts and salivary glands. As such, smoking marijuana will always lead to the unavoidable dry eyes and cottonmouth. The mildness makes it easy for most users to ignore the dry spell but, if symptoms persist, downing a few glasses of water should help.

It is also highly plausible for users to experience anxiety or paranoia while using Arctic Sun. Often, it is a result of overconsumption but one’s disposition before the high can also play a major role in triggering such effects. Starting with a small dosage, however, will prevent the experience from turning sour.

Presumably, Arctic Sun is a recreational strain. After all, that has been the public’s opinion of marijuana whether rightly or wrongly. Still, the strain has significant therapeutic value.

In inducing its happy high, for example, it rids the mind of the overwhelming dread or anxiety that comes with chronic stress. At the same time, it also improves moods and stabilizes turbulent emotions. In doing so, it provides comfort to patients with mental health issues like depression or PTSD.

Through its energizing buzz, Arctic Sun adds vigor to each step. It removes any tightness or tension that prevent the body from moving like a well-oiled machine. Feeling refreshed from both mental and physical fatigue, users are free to pursue to tasks or peruse ideas without distractions. Hence, it is also a wonderful aide to patients with ADD or ADHD.

A heaviness blankets users until all the muscles are deeply relaxed. In doing so, it prevents the muscles from contracting and causing pain. Eventually, as the effects persist, it gradually cradles users to sleep.

Arctic Sun is, by no means, a stout plant. It grows tall and has a lanky structure as its Sativa genes would dictate. It is not at all weak though. Far from it, the strain has sturdy branches and stalks that do not break off easily either from the weight of its buds or from strong gusts of winds. Hence, it is a wonderful strain for beginners to practice on.

Indoors, managing its height is a must especially in growing areas with limited vertical space. Among the myriad of choices, topping is the most popular. It shortens the vegetative period and forces the plant to flower while simultaneously encouraging bud growth.

Another option for predominantly Sativa strains is the Screen of Green method which requires placing a net over the batch and weaving any parts that go beyond. This allows for ample air and light to circulate around the lower nodes thus supporting the creation of more budding sites. Pruning and trimming also have the same effect, but with an improved nutrient distribution.

Although sturdy in its own right, staking the plant will keep its stalks upright during harsh weather. Additionally, one may add a temporary enclosing to prevent it from dying due to frost especially during late fall or early winters.

The Flying Dutchmen currently only sells Arctic Sun in regular form. Hence, growers will need to soak it before germination, as well as apply other pre-germination techniques, to increase the chances of growing a female plant. Utilizing a Low-Stress Training method will prevent it from turning into a hermaphrodite during the flowering stage.

Arctic Sun has an indoor flowering period of 8 to 10 weeks. Once ready for harvest, growers can expect a harvest of up to 16 ounces per square meter. Under the care of an expert, however, it can yield more especially when exposed to the Screen of Green method.

Garden grown Arctic Sun usually flowers from the second to fourth week of October. Yields usually average at least 16 ounces of buds per plant with potential for more depending on the grower and weather.

What is the Arctic Sun strain yield?

Arctic Sun yields 12 to 16 ounces per square meter indoors and 16 ounces or more per plant outdoors.

How much THC does Arctic Sun have?

What are the origins of the Arctic Sun strain?

Arctic Sun was created from a mix between Skunk #1 and White Widow.

Have you ever smoked or grown your own Arctic Sun? Please let me know what you think about this marijuana strain in the comments below. 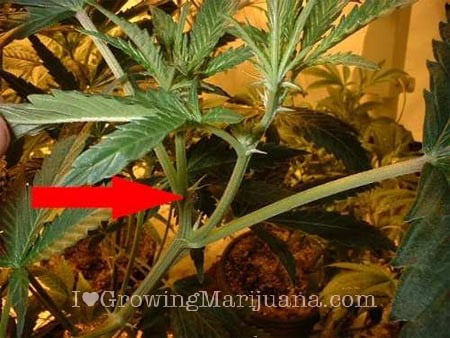