Canadian Growers Get Clearance To Grow Marijuana At Home

Federal Judge Michael Phelan recently made an important ruling when he made the federal government throw out the old rules for patients purchasing and growing marijuana, and go back to the drawing board. This article explains what happened. 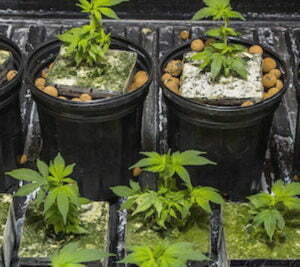 Canadian medical licensed marijuana growers are happy to be informed that, for now, they are safe to grow in the comfort of their own home. While it is excellent news, they didn’t get to this point without some challenges and a good fight. This decision is still dependent upon a trial that is set to happen at a later time.

Canadian marijuana growers are known to grow pristine weed. So the old rules restricting growers from working their marijuana magic at home was especially devastating to many who are skilled in this area.

This decision not only affects growers and patients but it also restricts the market for companies selling marijuana seeds, as well. By limiting who people buy their medical marijuana from, this turns a large amount of seed-buying customers away. 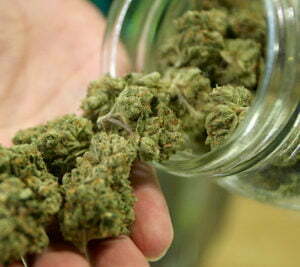 In 2013, rules for the use of Marijuana for medicinal purposes was introduced. Sadly, these rules outlawed growing medical marijuana at home, regardless of who you are and what the situation may be. So for a while, people were stuck having to get their medical marijuana from authorized commercial growers only.  This was in no way beneficial to home growers.

One issue with this is how much corporations were charging patients, which in some cases was unreasonable. Another problem was whether or not the quality of marijuana would be up to par, coming from such large commercial companies.

While this may not have been an issue for everyone, some growers found this to be unacceptable. Many people would much rather choose the person they want to buy marijuana from, or grow their own medicine. Growing at home means you save money and can get the health benefits you need at the same time. Some people just can’t afford medical marijuana at the cost many commercial locations are charging.

How the Canadian government saw it
The federal government had some concerns of their own when they made their initial decision. First they felt that growing weed at home is a safety issue. Fires could start and things could get moldy quite easily. Their next argument was growing from home could put your home in danger due to making you vulnerable to robbery. Now, I must say this is a valid concern considering there have been incidents just like that with the unfortunate incident happening in Langley, for example.

However, for most growers and patients this just means finding better ways to ensure their safety but is not a reason to have their right to grow at home taken away.

Luckily for us, recently this recent madness around growing medical marijuana at home, has experienced a welcome shift.

The federal government ruling on growing weed at home 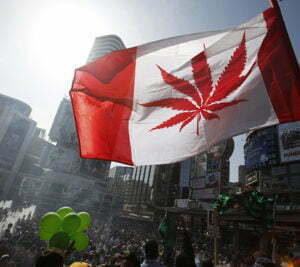 Attorney John Conroy spent the last week in court working on this order for growers. According to Conroy, the Health Canada’s declarations are actually a breach of the Charter of Rights and Freedoms. These rules result in a difficult problem for patients needing marijuana treatment.

Now, after Judge Michael Phelan decided to throw out the rules against growing at home, wait for the next federal decisions to be made. In the meanwhile, patients can continue having better options.

Judge Michael Phelan ruling sided with the residents that funded the case, announcing that the Marijuana for Medical Purposes Regulations as unconstitutional. This sets patients free, as he is allowing them to grow their own marijuana. The judge gave the government six months to make their desired edits to the legislation.

The inconvenience of having to get a medical marijuana prescription from doctors is over … for now. However, there is a possibility the court’s decision could be appealed by the Canadian government. This may cause Liberals to create a new regulatory regime for medical marijuana.

The decision left a big gaping hole with no regime at all, so the unfortunate aspect of this is patients who were getting help through Marijuana for Medical Purposes Regulation are stuck out in the cold with nothing.

While there likely needs to be a push for the government to speed up the ruling to ensure there are no issues for people growing marijuana at home, it is a relief to many. Others are quite shocked that Judge Michael Phelan made this decision after he once stated, “the absence of a replacement, people needing medical marijuana and entry to a Charter-compliant medicine marijuana regime is a legal requirement. They could end up with criminal charges.”

As you can imagine, Judge Michael Phelan asking the legislature to start from scratch is not what was expected. What’s more, “starting from scratch” causes additional issues.

For many, the Marijuana for Medical Purposes Regulation was ideal because it considered patient’s needs while at the same time addressing the serious hazards involved with growing on your own. There are also several concerns amongst doctors that support medicinal weed. In their eyes, there is too much instability involved with homegrown marijuana. For many physicians, growing at home is too risky of a practice for them to prescribe for their patients.

According to some people in the medical industry, this could lead to a serious issue if more doctors are unwilling to prescribe marijuana. This means fewer people potentially getting the help they need.

Canada currently has 29 licensed pot growers that did business through the Marijuana for Medical Purposes Regulation, and for them, this ruling does not create a feeling of confidence. Almost immediately after Judge Phelan’s decision, Tweed, a publicly-traded marijuana company, experienced a fall in stock prices. As for John Fowler, the president of Supreme, one of Canada’s licensed producers, claims that while he doesn’t want the legislature to appeal the decision, although the rules still need to be improved. He would like to see a good happy medium between the licensed producers and patients since many people can’t pay the cost of medical marijuana.

This new decision leaves around 40,000 people with the ability to legally continue their use of medical marijuana, so long as it is no more than 150 grams.

Without this ruling, patients would have been forced to get rid of their plants before April 1, 2014, and give notice to Health Canada no later than April 30, 2014, letting them know that they have ended all production, and have no more marijuana plants. If they did not comply, the law would immediately get involved. It would have been messy.

With so many people stopping production, this would mean a high reduction in business for seed-sellers, as well.

Health Canada’s reaction to the ruling

After the ruling to throw out the MMPR in 2014, Health Canada stated that their goal is to carry out the Marijuana for Medical Purposes Regulations in a way that offers patients practical ways to receive medical marijuana and, at the same time, take good care of everyone involved.

They will be sure to thoroughly analyze the ruling, and examine every possibility. When the Marijuana Medical Access Program was instated in 2001, there were only around 100 people authorized to have medical marijuana. In the last 14 years, this number has grown exponentially, with nearly 40,000 authorized patients.

The Marijuana Medical Access Program had such extreme growth that came along with some unforeseen challenges in public safety, security and health. Alongside these issues, home marijuana growers didn’t help with the problems already presented, and actually only created greater risks, (such as home robberies), by not using safe practices like those taught at ilovegrowingmarijuana.com. These types of safety concerns, in addition to fires and mold, not only affects the people growing at home, but it also impacts everyone living around them.

Health Canada’s intent is to comply with the Courts ruling to make medical marijuana accessible to those who need its benefits. They still find it important to handle marijuana for medical purposes much the same as any other drugs patients require for medical reasons. They are doing their best to honor the Marijuana for Medical Purposes Regulations which focus on giving patients fair use of medical marijuana, so long as a licensed practitioner is assisting them. Health Canada also has the responsibility of caring for public safety.

Although Canadians want the freedom to grow as they please, we must keep in mind the fact that Canada has not authorized marijuana yet, so keep it stealth if you are a Canuck. While there are so many important factors to consider when it comes to growing weed at home, one thing is for sure, many patients prefer having this option.

Enjoyed the article? Would you want to start growing yourself? Download my free marijuana grow bible and order some marijuana seeds. All top quality marijuana seeds are available in my marijuana seed shop. We ship seeds to the US, CA and many other countries. For any grow related question please visit the marijuana support page.