Immediately after smoking, THC increases heart rate by as much as 30 to 60 beats per minute. Known as tachycardia (wiki), this condition can last for about the first hour or longer. This shouldn’t be treated as dangerous for those in normal health as it’s virtually equivalent to a fast heartbeat caused by jogging or a game of tennis. It may, however, be a problem if you have heart disease.

Some heart patients experience chest pains or other circulatory discomfort after smoking marijuana. If this does happen, they should obviously stop and consult their physician.

A recent prospective study of patients who had previously had heart attacks showed an increased risk of mortality among those who continued using marijuana (similar to the risk linked to consuming alcohol). The study found a slightly higher mortality rate for regular users than for occasional users. Even so, the risk applied to deaths caused by both non-cardiovascular and cardiovascular issues, leaving the conclusions somewhat murky as to the relationship between heart stress and marijuana use (Mukamal).

Frequent users may develop a tolerance to tachycardia. Prescription drugs called beta-blockers are often prescribed for high blood pressure and other circulatory ailments and can also block tachycardia. If marijuana-induced tachycardia concerns you, you might find it effective to ask your doctor for a beta-blocker prescription.

Blood pressure and marijuana use

THC might affect blood pressure, but not in any clear-cut and consistent pattern. It’s not uncommon for THC to produce modest increases in blood pressure for the first few minutes, followed by modest decreases after. Usually, THC causes a mild increase in blood pressure while lying down and a slight decrease while standing. This is not the case for everyone, however.

Often, marijuana causes faintness when standing or rising abruptly—a condition known as postural hypotension. When heavily “under the influence,” some marijuana users have been known to completely pass out. One of the rare marijuana-related fatalities involved a man who fell down and cracked his skull on the tub after getting too high. If you feel any dizziness or faintness, it’s best to sit or lie down as soon as possible. Then, wait for the sensation to pass and get up gradually.

Studies have indicated that the body’s endocannabinoids play a role in blood pressure modulation with strong doses of cannabinoids having hypotensive (pressure-lowering) properties. This has yet to be demonstrated in human clinical studies. One user might find that the THC will lower blood pressure on one occasion and raise it on the next. Chronic users may develop a tolerance.

For some patients, THC is clearly helpful in preventing hypertension (high blood pressure). One prime exampleis Steve Kubby, a patient advocate from California, who utilizes marijuana to regulate and control a normally fatal form of adrenal cancer. Without THC, Kubby’s tumor foments a surge in adrenaline that subsequently causes his blood pressure to skyrocket. Although his condition is atypical, Kubby has been able to prevent hypertension through chronic use of cannabis or Marinol.

Several other hypertensive patients note that they have been able to manage their blood pressure with regular marijuana use. John reports:

“Approximately 10 years ago I was diagnosed with high blood pressure. It was so high in fact (155-160 over 95+) it was destroying my one and only kidney. As a kid, I was hyperactive and used to smoke pot to do better in school. It kept me on task. I did a medical trial of my own. A little less than 2 years ago, I started smoking again. My blood pressure has consistently stayed under 130/85, sometimes as low as 120/56. In addition, it has changed my demeanor from anxious and aggressive to caring, gentle, patient, and righteous. In short, the use of marijuana has saved my kidney, my life, my sanity, and my family.”

Even so, surveys of chronic users haven’t really found a statistically significant correlation between marijuana use and blood pressure.

The marijuana and health report

In its 1982 report titled “Marijuana and Health,” the National Academy of Sciences cautioned:

“The smoking of marijuana causes changes in the heart and circulation that are characteristic of stress. But there is no evidence that it exerts a permanently deleterious effect on the normal cerebrovascular system.”

“The situation is quite different for a user with an abnormal heart. There is much evidence that marijuana increases the work of the heart. This increase in the workload is dangerous for patients with hypertension, cerebrovascular disease, and coronary atherosclerosis.”

The NAS report’s warnings seem considerably overblown in regard to hypertension, especially considering that we live in a society in which men with cardiovascular disease are routinely prescribed drugs for erectile dysfunction. No deaths have been reported from a hypertensive crisis directly attributable to marijuana use by itself. However, when combined with more dangerous drugs like cocaine, the picture can be less clear.

Confusingly, the American Glaucoma Society expressed the exact opposite concern about blood pressure:

“From the standpoint of glaucoma management…the most disturbing adverse reaction is systemic hypotension (low blood pressure), which has been observed with the use of oral and intravenous cannabinoids as well as marijuana inhalation.”

These paradoxical and inconclusive views can make heart patients wary of trying marijuana. It’s probably best to talk to your doctor and monitor exactly how your condition reacts to the marijuana.

One recent and intriguing animal study indicated that cannabidiol could actually protect the heart (Durst). We have already seen that CBD is a non-psychoactive ingredient in cannabis that only really appears in high concentrations in hemp strains and special preparations like GW’s Sative spray. CBD also appears to have potent anti-inflammatory effects. In the animal study, rats that were treated with CBD experienced considerable protection from cardiovascular damage associated with heart attacks.

Thanks for reading. Please leave comments or questions below and don’t forget to download my free grow bible 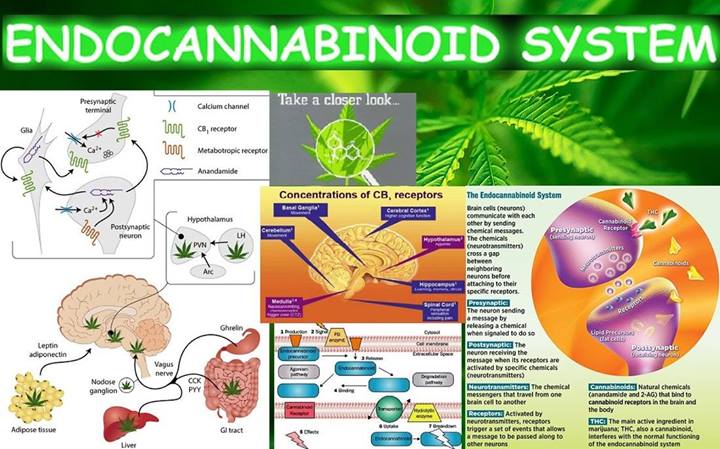 What Is THC?
21 Comments