Marijuana comes in several different varieties. California dispensaries often provide a selection of between 30 and 40 different kinds with colorful names like Skunk, Purple, Kush, Afghan, Northern Lights, and so on. Buyers should not bother taking these names too seriously since there aren’t really any established procedures for identifying specific varieties, and no quality control labs are available to check their identity. Restrictions on research set forth by the DEA prohibit U.S. labs from testing samples from “illicit” sources on the medical cannabis market. Thus, consumers have no guarantee that an “Indica Kush” sold in one place bears any resemblance to an “Indica Kush” sold elsewhere.

Even so, there is generally some consistency among varieties in states where medical marijuana is legally available. Varieties labeled “Afgooey” at different dispensaries are probably going to be similar. Better dispensaries feature sales personnel with intricate knowledge of their product. 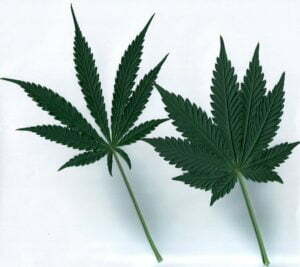 Marijuana is generally divided into two broad categories: indicas and sativas. These two groups are often interbred to produce plants referred to as sativa-indica or indica-sativa hybrids depending on the dominance of either type. The terms “indica” and “sativa” originally designated two different naturalized species (or mandrakes) with distinct growing patterns from disparate places across the globe. These mandrakes have been so hybridized at this point that the basis for the original distinction has become largely dubious. This is further confused by the reality that no scientific agreement on the definition of sativa or indica has reached consensus. Furthermore, there has been no definitive analysis of the respective biochemical, pharmaceutical, and genetic properties.

The difference between indica and sativa 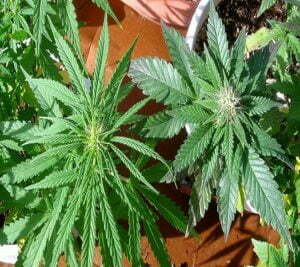 Regardless, a popular consumer folklore has surfaced that succinctly categorizes the typical difference between indica and sativa varieties. In keeping with this tradition, the authors offer their impressionistic, anecdotal accounts of varietal differences based on visual appearance, odor, taste, and first- or second-hand personal experiences.

Sativas tend to have fruity, almost floral aromas and are said to enhance focus, energy, and inspiration. These properties can be helpful in distancing the mind from pain, and can also be used in conjunction with other activities like internal imagery, breathing exercises, or artistic expressions.

Indicas, on the other hand, have a dry, acrid, and sometimes “skunky” odor. They are said to have certain relaxing, sleep-inducing, anti-nauseant, and stress/pain relief mechanisms. The sedative effects are most often used to treat chronic pain, usually with the added benefit of a hot bath, massage, or sauna. Patients have reported that indicas work synergistically with opiates and pain relievers while also having a more body-oriented, “stony,” and less cerebral high than sativas.

Of course, these distinctions should not be taken completely to heart since most varieties are hybridized anyway. It’s likely that the differences meant more when marijuana growers were acquiring landraces, but, now that marijuana is a relatively big business, it’s been bred, reared, hybridized, and hybridized again with different strains from all across the planet.

In Michael Pollan’s book, The Botany of Desire, he illustrated that prohibition has actually assisted the adaptive qualities of marijuana. Seeing as how many marijuana gardeners do not have easy access to seeds, they have been forced to opt for home breeding which a lot of the time means they must grow indoors. This necessary secrecy may have made marijuana one of the most widespread plants with the largest breeding program found in closets, gardens, and even commercial establishments. As a result of all this, the strains have been mixed so much that they aren’t identifiable by mandrake most of the time. Instead, they are provided with fanciful and sometimes descriptive names.

BACK TO TOP
6 Comments