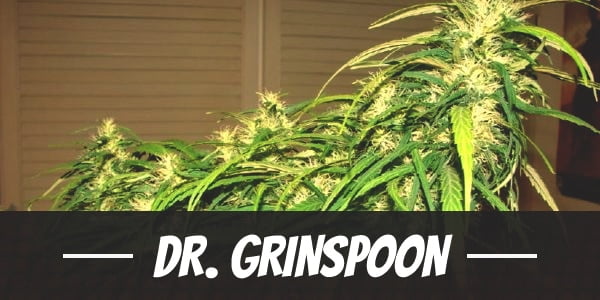 Marijuana has had a bad rap for a long time. In fact, was there ever a time when it was widely acceptable? Unfortunately, the misinformed will always be against its use and most are basing their decision on incomplete information. But if people were to know more about its benefits, then it would not have such a horrible impression.

One strain, in particular, Dr. Grinspoon, has an interesting backstory. We will have more of this in the next section. At any rate, this strain is pure Sativa. As to where it came from, we have no idea. No one seems to know anything about its genetic lineage. One notable thing about the strain is the deep introspective cerebral effect it brings to users.

One person who was very much against its use was an Associate Professor Emeritus of Psychiatry at Harvard. Dr. Lester Grinspoon, in the 1960s, started a research to prove how harmful the use of cannabis is to people. But during the course of his research, he came to the conclusion that there was no conclusive evidence that marijuana is harmful.

Because of his startling realization, the once hater became an activist who supported its legalization. As mentioned, we do not know its lineage except that it is a pure Sativa strain.

Dr. Grinspoon, being a pure Sativa, will bring incredible mental effects to users. Not only does it does so well, but it also comes with a ferocious intensity. Having a THC content above 15%, we know it is already a highly potent strain. As such, users are advised to take it easy especially when using it for the first time.

Something that is noted by some people is that the effects of the strain are very professor-like in the sense that it leads to a deep introspection. Before that, at its onset, it first ushers in a mood-altering sensation that uplifts and induces happiness. In no time at all, most people should start feeling euphoric.

At the start, most users have a clear head and heightened senses. But as it continues to intensify, users now tend to be more sociable and talkative. After a while, many of its users fall silent as they now find themselves lost in their thoughts.

Used in moderation or tiny amounts though, most people are able to complete their tasks. In fact, they may do it better as Dr. Grinspoon is notorious for delivering a surge of energy.

Even though it has maddening cerebral effects, and we mean this in a good way, it comes with a gentle yet distinct floral scent with herbal notes and lemon.

Its pleasant scent carries over to its taste. In addition to that, it also comes with an unmistakable chemical taste and a tangy aftertaste. Overall, most people describe its flavors as delightful.

Nothing good can come out of using cannabis, that was what the good doctor set out to do five decades ago. In some ways, he is right. There are adverse reactions, but these are minor and normal in marijuana use that does not pose a long-term health concern.

For instance, users may feel dry mouth and eyes. In some cases, they may feel a little dizzy. In these cases, they are only temporary and should be gone after the effects wane off. Of course, using too much also means that these same adverse effects become more pronounced.

Strange that a psychologist would investigate the harmful effects of cannabis. As it turns out, Dr. Grinspoon strain is useful in dealing with depression and stress. Besides behavior problems, it can also provide pain relief from chronic pains and aches.

The pure Sativa strain also delivers an intense surge of energy. Of course, this is not the kind that kills people, but rather one that boosts energy levels. Think of it like gulping down a double espresso. Used in moderation, most people should benefit from this and combat fatigue. Having said that, if using too much, then this energizing effect is negated by users losing themselves in their thoughts.

Dr. Grinspoon can grow a little on the tall side and produce tiny spherical greenish-reddish buds covered with sparkling crystals. It is not an easy strain to grow, though. As such, some level of expertise will be needed to cultivate this plant.

It will grow well in both the outdoors and inside homes or greenhouses. Growers can choose to use soil as a medium. Of course, we recommend hydroponics as it is more conducive to explosive growths.

Indoors
It will take time before the plant reaches its flowering phase. Like many Sativas, it should be at least 10 weeks or even longer. At any rate, once it is ready for harvest, each square meter can have a yield of 12 ounces.

Outdoors
Dr. Grinspoon is ready for flowering during the last days of October. It will tolerate cooler temperature up to a certain degree, but that is not its ideal condition. After a successful cultivation, each plant can produce 12 ounces or more.

Have you ever smoked or grown your own Dr. Grinspoon? Please let me know what you think about this marijuana strain in the comments below.