4 Strains In 4×4 Grow Tent With SCROG and LST

Growing marijuana requires time, effort, and space. Few can afford the luxury of using several square footage at home to grow marijuana. For growers living with limited space, a grow tent is the best option. They come in a variety of sizes and are flexible enough to adjust heat, light, and humidity levels.

This grow journal chronicles the growth of 4 different feminized strains in a 4×4 tent.

The seeds were soaked overnight and placed into Rapid Rooter (RR) plugs. RR plugs provide the ideal air-water ratio for seedlings. They’re covered with a torn piece of RR plug to avoid the sun from reaching the seeds. Temperature was around 77 degrees Fahrenheit and the humidity at around 66%.

One Bubblegum and one Gold Leaf germinated at about the same time. The remaining 6 haven’t come up from the RR plugs yet.

All 8 seeds have sprouted by the 3rd day.

The seedlings started to look lanky so the T5 grow light was lowered to about 2 inches away from the top of the dome. However, this brought the temperature higher inside the dome. A fan aimed at the center of the light should ventilate some of the warm air away.

The temperature was eventually maintained to around 77-78 degrees Fahrenheit once again.

You can see the roots popping out of their RR cubes. They were transferred into pots with Happy Frog (HF) soil for now. Foxfarm’s Ocean Forest (FFOF) can be a bit strong at this stage but it will be used when the plants are in their final container.

The plants are in the same places they were before for easier recall.

The lighting system was switched to a CLW Solar System 550 with settings adjusted to R20 W40 B40 at 18” away. One downside is that the plants aren’t staying as warm as they were under the T5 Grow Lamp. They’re only about 68 degrees now with the lights on and 59 degrees with the lights off.

These photos were taken with the white setting all the way up with a touch of red and blue.

All 8 plants were topped. They were also fed with a mix of General Organic Bio – Grow, Root, Weed, Marine, and CaMg to add something extra to the Happy Frog soil. The spectrum on the CLW SS 550 was adjusted to R25 W50 B60. A heating mat with thermostat was placed under the tray because it’s so cold in Massachusetts.

They’re still under the dome for the time being because the humidity is as low as the temperature.

The plants were repotted into 5-gallon cloth pots. Azos and Mykos were sprinkled on the roots while they were being transferred. The tent was also rearranged and trays were placed beneath the pots to collect and remove the runoff.

They should be receiving more light now that the 2nd CLW SS 550 light was installed. Both lights are running at R25 W50 B60. The plants will undergo Low Stress Training (LST) in the near future but a full SCROG is unlikely.

One of the Gold Leaf plants needed water but perked back up quickly after repotting and seems to be recovering well.

Ever since the plants were repotted, they seem to need more water. Instead of being watered with distilled water, they’re now being watered from the tap. You can see leaf spots starting to appear in all 8 of them. This may be a sign that the plants aren’t able to take in the nutrients despite being in FFOF mixed with HF.

The water PH could be the culprit. The plants were flushed with water with PH of about 5. The heat was reduced by moving the lights 32” away from the plants and by readjusting their settings to R25 W70 B90. The leaves that suffered the worst damage were trimmed to save remaining parts of the plants.

36 hours after the water PH was adjusted, the leaves are looking brighter and less dark green. You can see the remaining affected leaves still show the shock they suffered earlier. Overall, they seem to be recovering.

So far so good.

The plants are thriving. The issues from the water PH because of changing water sources seems all cleared up. 2 of the plants didn’t top well. One was given some LST and the other one was re-topped. The other 6 plants have already undergone LST.

A watering system hydrated the plants inside the 4×4 tent which didn’t have back or side doors. The SCROG net built offsite seems too high and needs adjustment when/if installed.

It’s been a good couple of days!

A look inside the tent before their last round of training/topping.

Some of the branches went through a bit of Super Cropping and a lot more LST. A few of the nodes from the secondary branches were also topped.

There is one naturally-dominant kola. When topped early, this kola splits into 2. The 2 secondary branches below the dominant kola catches up and you end up with 4 bud sites.

Buy seeds at our seed shop

A screen now covers the plants and the light cycle was switched to a 12/12 with the settings adjusted to R65 W99 B99.

The Purple Haze in the rear center is showing some necro-looking spots. It may be suffering from a fungus. The entire plant was removed so it won’t contaminate the others. A backup WW replaced it.

A lot of the growth from under the main plants were cleared. 2 more fans were placed inside the tents to help keep things under control.

A sulfur burn using a sulfur vaporizer and sulfur prills negated the possible fungal problem. It’s still a struggle to maintain the humidity because there’s so much vegetation inside but the dehumidifier should keep things under control.

The small WW in the rear center is catching up pretty well.

The mess under the canopy needed more cleanup. The plants also went through another sulfur treatment for a total of 2 so far. The good news is they’ve finally started to flower.

They continue to flower and some are already looking frosty.

You can see more of yellowing leaves and red tips on the plant in front left of the tent. This might be a problem in the future.

The pots need re-watering and the runoff PH and PPM need to be tested. The plants will also undergo a full flush.

Finally flushed the plants. The PPM was about 2400 in each plant during the first runoff test. Flushing until the PPM was down to 400 may help them turn around.

Seems like they’re recovering now. The buds look good despite the problems.

Find seeds at our seed shop

It’s harvest time and the leaves are drying. Bubblegum and White Widow seem to be the highest yielders. The Gold Leaf and Purple Haze look like they’ll be quite nice despite the smaller yield. The plants had a few tough weeks mid-flower but everything turned out pretty well.

There will be challenges on the road to growing marijuana. The good news is there are plenty of resources out there.  Different grow journals are available online. Internet forums have the untapped knowledge of those who have grown marijuana before. Use your creativity to work around unexpected developments.

What challenges have you faced in growing marijuana and how did you work around them? 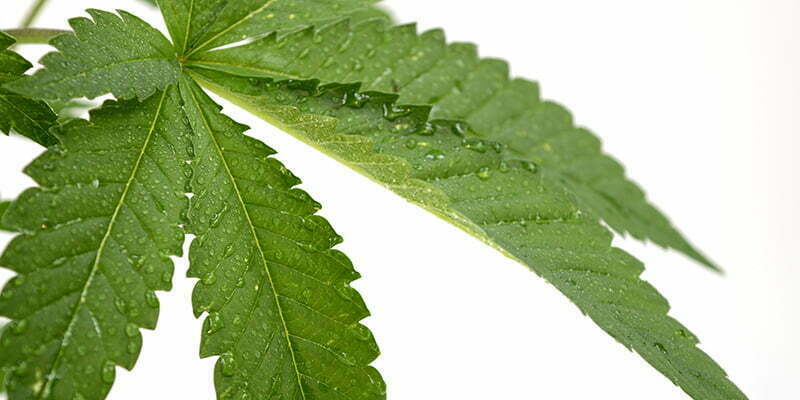