This is another attempt at growing different strains of cannabis. This grow journal start off with 4 plants: 2 Amnesia Haze (feminized, auto flower), 1 unknown variety (feminized autoflower), and 1 White Queen (feminized).

The seeds started in jiffy peat pots after soaking in water for 24 hours. The plants broke the surface after two days and were transplanted into 3-gallon pots on day 5.

With this set up, the room should stay about 77°F with everything running and cools to 66°F with room humidity at about 40%. The plants are in vegetable garden soil mixed with about 30% perlite in 3-gallon fabric pots. Ever since they reached day 7, they’ve been feeding on Advanced Nutrients Micro, Grow, Bloom at the recommended feed mix ratio. Each plants receives 32 ounces of either water or tea every other day.

All 4 have already gone through LST to keep themselves low and wide and they all have at least 10 colas at this point.

It’s amazing to see how fast the Amnesia Haze entered into flowering. At Day 32 all Amnesia Haze colas are showing great signs of progress. The unknown strain doesn’t show any white hairs.

The AH plants haven’t been topped but their stems were continually bent down and away from the light or any promising growth. The smaller growth eventually caught up in size. Pretty soon, they were getting bent too. Any tying materials will do as long as it doesn’t cut into the plant. The WQ has been topped twice.

The light configurations was changed from a cub to a line. It’s also hard to resist bending down the top cola.

The babies are fantastic. So far so good. The mini-facility received a small but important upgraded today. As you can see, each plot now has its own saucer. The saucers are slightly tilted forward and have drip hoses to capture the runoff.

It’s Day 35! It’s such a delight to watch them grow all day!

Remember those days when you need to be away from your growing cannabis and you don’t have anyone to watch over them while you’re not around?

We just figured out how to make the space more functional. A DIY gravity-fed drop irrigation was added to the system so the room can run on autopilot. You even get a nice, even distribution so all you would need is to add a garden hose timer.

The girls are enjoying more light with the addition of a 3rd 300w LED.

Also, this grow room is going through a lot of improvements to start the next generation White Widow. This room will be a jungle! From the old set up with 4 pots, it will become a place to grow 8 5-gallon pots!

This room is a work in progress. And some more good news today… the arrival of the family’s newest baby girl! She is the eldest of her generation. Hopefully her two other siblings will break ground soon.

Meanwhile, the others are bulking up nicely.

Two of the AH plants are doing very well. Each plant has 12 large colas, most of which are supporting ten inches of dense bud. These plants are 52 days old. This strain has an average flowering time of 58 days and harvest time will be around 10-12 weeks. The girls could have another 30 days to bulk up.

From here on out, they’ll receive a half-gallon of PH-ed water every 3rd day.

This homemade gravity-fed drip irrigation was upgraded today. This time it can support 12 plants and provide very even distribution. This was originally made to let the room take care of the plants if no one is looking after them but it turns out, it’s a much easier way to water.

The White Queen isn’t an autoflower after all but it’s too late to part with her now. We’ll just let it grow until the new White Widow seeds catch up.

Going through the morning rituals but still no hints of amber! The suspense is killing me!

These AH autoflowers are in the home stretch. Their trichomes are all cloudy but still no signs of amber. Today is Day 60 for these plants.

The following photos are the next generation of feminized White Widows.

All the stems of the AH were split today. This technique will encourage the plants to produce higher amounts of THC.

Still on the hunt for more signs of amber though.

Finally spotted a few amber trichomes! It’s a very good start to the day! Also, there hasn’t been any new white pistil growth in 4-5 days. Around 2/3 of them have already turned and whatever was remaining was well on its way.

And just like that, amber is now my favorite color.

There’s no room to hang the harvest. This DIY solution will be the best way to keep the drying temperature to 70 degrees and will have mild passive airflow. Here’s how the drying box looks like.

One plant down! The DIY box seems to be doing the trick!

That one plant ended up producing 3.5 ounces of dried weed! It could’ve been a little higher than that but the results were still pretty satisfying.

And here is the second AH plant. Most of it has been harvested leaving but three huge colas remain.

This is how the grow room looks like. It’s bright, tropical and fragrant but with a small side of deficiency or excess.

The White Queen has been in veg state for almost 80 days. A few weeks ago, her top leaves started looking a little flush. Then some leaves started to show signs of nutrient burn. She was crammed into a 3-gallon pot so a transfer to a 5-gallon pot was in order and some FFOF was added.

To try to get this plant back on track, she receive 10 gallons of pH 6.65 water with FoxFarms Sledgehammer mixed in. This was followed up with some light watering a few days later.

Here is a look into the trichrome forest.

The White Queen was already harvested along with the last autoflower. This pretty much concludes this round of growth!

By pushing your limits, adjusting to change and improvising where necessary, you can grow cannabis inside your house. This grow journal showed several DIY setups. Have you ever used a homemade setup to grow cannabis? Buy your autoflower seeds here. 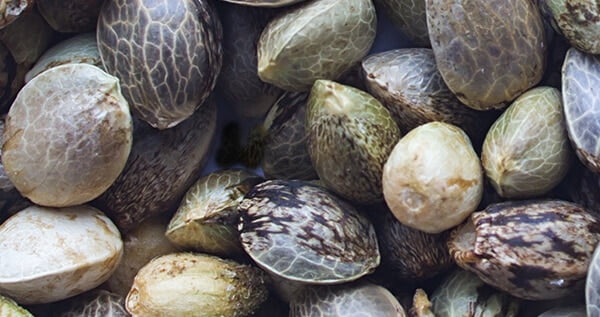 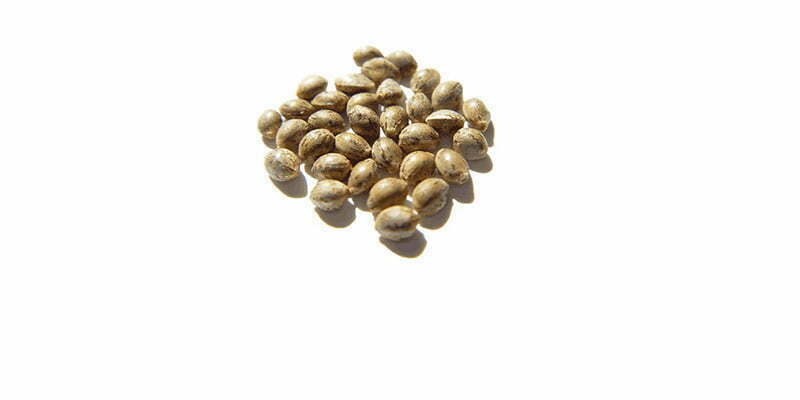 What Are Feminized Marijuana Seeds
0 Comments