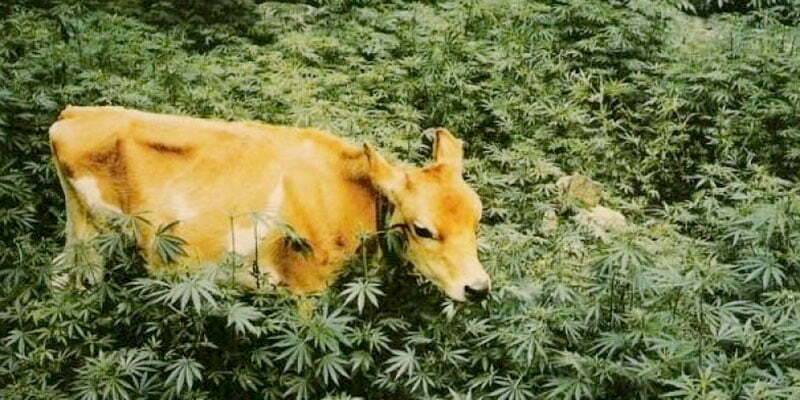 Castor Oil
Castor oil is used to repel moles and gophers. Both are underground rodents clearing tunnels to their dens. Moles are bug eaters and will not harm your marijuana plants; they will divert the direction of their tunneling to circumvent the root systems. Gophers, on the other hand, will chew right through the roots, damaging the plants’ source of water and nutrient uptake. Gophers are repulsed by the taste and smell of castor oil. By soaking a piece of paper in castor oil and dropping it down the entrance to the burrow, these destructive critters will find a new location to build their ‘town’.

Another option is a relatively new product in the form of granules. It consists of castor oil, soap and corn cob granules. Simply spread the granules, according to package directions, on the known areas and either water in or let Mother Nature do the work for you. The granules soak into the soil, releasing the repugnant smell both moles and gophers hate. This treatment is completely natural and actually benefits the soil or lawn. Check your local garden center for the granulated product. Castor oil in its raw form can be found at any drug store or supermarket.

Cholecalciferol (Vitamin D3)
This is a rodent killer (rats and mice) that doesn’t kill them immediately, rather they die a slow death, taking three to four days for the poison to work its deed. Cholecalciferol introduces massive amounts of calcium into the rodents’ system, causing crystallization in their bloodstream, kidneys, stomach and lungs, eventually leading to heart failure. This treatment is toxic to household pets and humans, although the toxicity levels are lower than other available rat poisons. Quintox and Campaign are brand names under which the product is sold.

Fumigants
Fumigants are a last resort in gopher and/or mole control. (Remember, moles pose no threat to your cannabis garden, as they eat bugs, not plants). Fumigants come in the form of cartridges loaded with charcoal, sodium nitrate or sulfur and are placed in the burrow once the fuse is lit. This dispels toxic fumes into the tunnel. However, fumigants are the least reliable form of exterminating gophers due to the complexity and ever-winding path of the towns they build leading to their actual dens. Dens can be several feet below ground.

Predator Urine
Predator urine is used to keep deer from trampling upon and eating your marijuana plants. Deer chief predators are coyotes, mountain lions, wolves and wild dogs. The concept of predator urine as a deterrent follows the natural course of the food chain. Animals mark their territory with urine. When a deer smells the pee of a foe, it’ll stay away. Rather than apply the urine to Mary Jane, create a barrier by spreading it around perimeter plants or by applying it to strips of cloth attached to rope or cord around the garden. Place the treated strips about three feet apart along the entire length. Predator urine is available online.

Putrescent Eggs
Rotten eggs are another effective deterrent for deer. Egg repellants are available commercially or you can make your own organic deer-be-gone at home. Blend together four to six eggs, four hot peppers, six cloves of garlic and five cups of water. Set the mixture in the sun for a couple of days to ferment and become rancid. Strain through cheesecloth and add to a spray bottle. This mixture can then be sprayed around the plant area. Repeat after rains.

Zinc Phosphide
Zinc Phosphide is a fast acting rat poison. However, recent information released in April 2012 warns of the extreme toxic danger to humans and pets. It is not recommended to use this as rodent control for that reason. You certainly wouldn’t want this poison anywhere near Mary Jane!