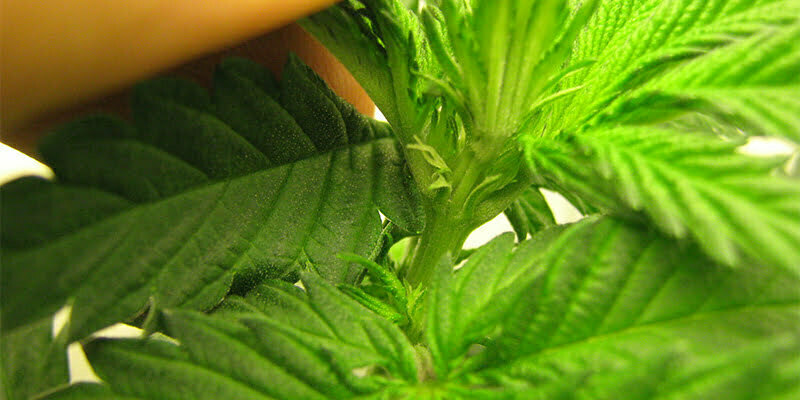 Finding out the sex of marijuana plants is the first step to a successful cannabis reproduction. It is because female plants are the only ones that produce more potent buds. For most strains, male plants only produce pollens, and their THC level is too low. Worse, they pollinate female plants to focus more on seeds rather than buds. As such, these female plants now sacrifice their THC content. For that reason, growers avoid male plants and discard them as soon as they see them.

Since all seeds look alike, especially to non-experts, it is hard to determine which ones to plant. In most cases, at least half of marijuana seeds are males. As such, it is almost impossible to end up with only female cannabis plants. One way to ensure that we grow only female plants is to buy from reputable seed banks and choose feminized seeds.

So, what we want to do in this article is to show everyone how to identify the gender of plants. Surprisingly, this critical process in the successful cultivation of marijuana is rather easy. This way, we can pull up the males and hermaphrodite plants and prevent them from bothering the precious female ones.

Besides taking a more in-depth look at the different genders, we will also learn about their roles in the reproduction of marijuana.

There are two ways in which marijuana plants reproduce.

One is through asexual means in which a new plant is born from the cuttings of the plant. For some cannabis strains that are not available as seeds, this process of cloning is the only way to cultivate those strains.

Another method is through natural sexual reproduction. In this process, the male and female sex cells unite within the female flowers to form a new plant.

As we continue with the reproduction of cannabis, we are focusing more on the natural method.

As mentioned earlier, determining the sex of the plant is very important. Here are ways to identify each one, and some tips on what to do with the ones that we don’t want in the garden.

Male marijuana plants are undesirable as it does not produce buds. Although it will have flowers, these mainly contain the pollens.

How to Identify Male Cannabis

During the pre-flowering stage, male plants start showing grape-like balls along its stalks. These clusters, called pollen sacs, contain powdery pollens. Typically, after a week or two into the flowering stage, the cannabis plant reaches maturity. As a result, the pollen sacs will burst open and spread pollens everywhere.

While male marijuana plants are hard to distinguish from females during growth, it is still a good idea to be vigilant and watch out for them. Just remember to watch out for small grape-like balls as early as the when they are seedlings.

An adult male cannabis plant has flowers that open at the right time to spill its pollens. In a process called pollination, the pollen attaches to the pistils of the female plants which starts the making of an offspring seed.

Female marijuana plants take a tad bit longer than males to reach sexual maturity. But once they do, it is quite easy to spot them.

How to Identify Female Cannabis

During the pre-flowering stage, the female plant will grow one or two wispy white hairs at the location where buds will form. It means that the plant is ready to bud anytime soon. The hairs will be visible on the main stem that connects to the nodes or branches. Once the hairs are spotted, that is a great sign that the plant is a female.

Female plants tend to start showing hairs even before the flowering stage, or changes in grow light schedules.

The mature female plant has clusters of flowers equipped for pollination. It includes the structures chalices and pistils. The use of the chalice is to contain the ovule where fertilization takes place with pollen.

Meanwhile, the long and sticky pistil is where the male’s pollen attaches once released. From the pistil, the pollen goes down to enter the calyx where seeds develop.

Sometimes marijuana plants are hermaphrodites. It means that they contain both male and female genitalia so they can pollinate by themselves.

There are many reasons for this state, but stress during the growth period is the main culprit. For example, dramatic changes in light, temperature, and water can shock the plant. In effect, a female plant will develop male pollen to try to save itself. In essence, it is the plant’s last resort to self-pollinate so that it can continue to survive.

Plants can be hermaphrodites in varying ways. Luckily, there are ways to deal with them.

A Majority of Female Flowers. As mentioned before, the female flowers are hairy, so this step is easy to determine. If this is the case, then it is possible to save the plants. As a preventive measure, we can pluck out the grape-like clusters to get rid of the male flowers.

Equal Number of Males and Females. If there is an equal number of both genders, it is much safer to discard all of them. It is the safe way to ensure that what remains are female plants.

A Majority of Male Flowers. In this case, the higher number of males render the plant useless. For obvious reasons, it is better to discard them.

How to Identify Hermaphrodite Cannabis

Mostly, a hermaphrodite plant will look like a male plant. As such, it will form grape-like balls that contain pollens.

In some instances, growers may want to keep the hermaphrodite marijuana plants. The pollens may be male, but they are genetically female hence the seeds it produces are 100% female.

Successful Cultivation of Marijuana and Gender

As we learned, female plants not only produce the buds used in consumption, they also contain higher THC. Because not all cannabis strains are available in feminized seeds, it is likely that a batch of seeds would have both male and female plants. Of course, that also means it is possible to have hermaphrodites as well.

So, the key is in being aware, knowing what to look for and do. At the first sign that a plant growing is male, it is best to discard it. In this way, what remains are females that will mature and provide a bountiful harvest.