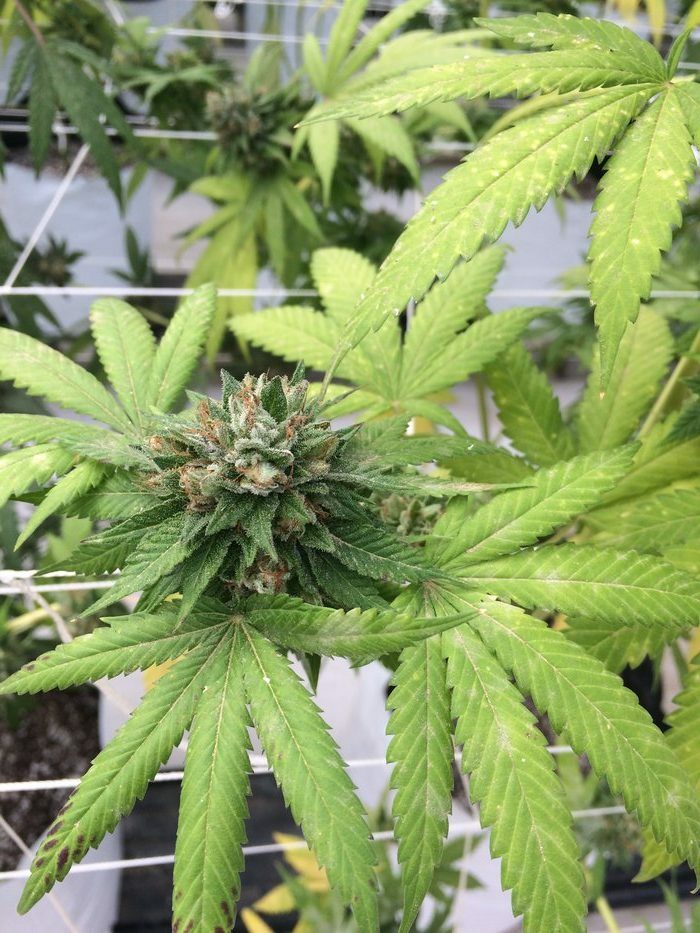 Marijuana seeds come about as the result of sexual reproduction and are a random combination of the two parents’ characteristics. Each marijuana plant grown from a seed is going to be distinct simply because there are so many possibilities. With cuttings, however, there is no gene recombination.

Clones are a consistently reliable way to ensure that your plants will maintain a high quality because they share the same genetic code as the clone mother. Their growth habits will be the same, and they will eventually produce buds, taste, and potency that are identical to the original plant. With clones, the genetic line progresses without any change. Some marijuana growers have kept clone lines going for over 15 years.

In some cases, a clone’s characteristics can differ from that of the clone mother. For example, one group of clones showed poor potassium uptake which caused the leaves to twist unlike their parent. This particular characteristic became more problematic as time went on. When a plant from this clone line was placed in a hydroponic system in the same water as a plant from another line, the second clone began showing the same signs of poor potassium uptake. Interestingly, the problem did not show up when the plants were grown in planting mix, which could have been in response to the mycorrhiza in the organic mix. I came to the conclusion that a virus had infected the first line and then spread to the other line. Dowload my free grow guide for more tips at this link

How can we know if our plants have CDS?

Indeed, the major problem with long-lived plants or generational clones is their increased susceptibility to viral infections. Usually, annual plants like marijuana are spared of infection because viruses don’t migrate into the seed. Thus, the geminating plant begins life free of infection, but still faces certain challenges from the environment. After a plant has been infected, the disease begins to spread throughout its tissue. It’s possible for it to be transferred to other plants through the planting medium, water, or even air (depending on the virus). As the plant’s life extends, it runs a greater risk of becoming infected.

How can we control CDS?

Clones kind of ruin cannabis’ natural anti-infection defense. Rather than living for only a few months, the plant can technically live for years through its many clones. As time passes, the chance of a viral infection becomes greater. Some of the viruses are non-specific (i.e. they attack many different plant varieties). The mosaic and ring viruses are both examples of non-specific viruses. Although the probability of infection increases over time, it’s still possible to see gardens with healthy, potent clones that have been removed from their original plant by several generations. The growers often claim that no noticeable changes have occurred in all that time.

Can I get rid of CDS?

Some variance might be caused by mutations, but, for the most part, viral infections are the culprit. Infected plants cannot be “cured” of their virus. In these cases, it’s ideal to get rid of the plant and wipe down the area with a sterilizing agent like hydrogen peroxide or Zero Tolerance. Health, high-performing clones are generally not going to be infected with any damaging virus. But, subtle changes in can appear that might not catch your eye at first. For this reason, it’s probably a good idea to keep a large sampling of the original bud to test it against the quality of its clones.

If you want start growing, download my free grow guide and order some marijuana seeds at this link here. We ship seeds to the US, Australia and many other countries. For any growing related question please visit the marijuana support page.

BACK TO TOP
Controls and Treatments – An Overview
Outdoor Marijuana Grow Calendar
What Do You Do With Your Leftover Cannabis Trim?

0 comments on “Chance Of Viral Infection For Marijuana Mother Plants”