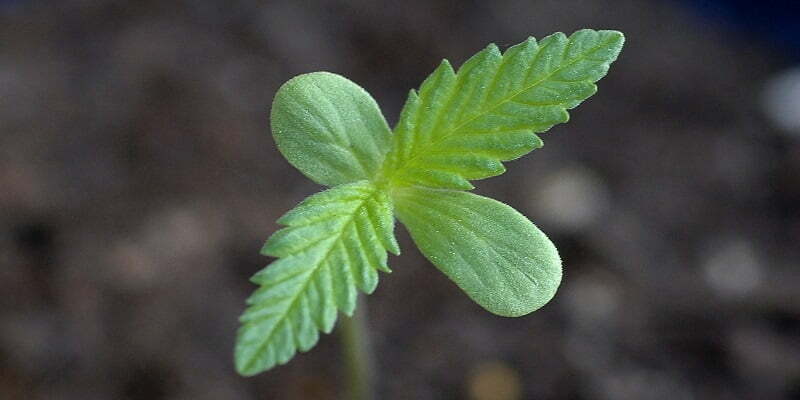 Marijuana is a sun-loving/light-loving annual plant that flourishes in rich, well-drained soil (e.g. well-prepared garden soil). It is a heavy feeder and does better in moist rather than dry media. Different varieties have been bred to succeed under a number of different conditions so that gardeners won’t have very many limitations when it comes to growing spaces.

Many people might imagine that marijuana is a giant plant that spreads out eight or ten feet in diameter like a palm tree towering above the humans next to it. Occasionally, you’ll find outdoor plants that get to this size, but marijuana comes in many different proportions and is most often harvested ripe at about two to three feet in height. There are thousands of different strains each of which varies in size, shape, color, potency, favored-conditions, and even medicinal properties.

When gardeners in the United States first started growing marijuana, they relied largely on varieties from Central and South America, Southeast Asia, The Himalayas, and Africa. These originators have been bred over time by home gardeners and commercial breeders. Today, marijuana grows faster than ever, ripens earlier, produces more, and is generally easier to grow than varieties from only a few years ago. More medicinal choices now exist that are often more potent than the weaker, older varieties.

Marijuana germinates in the spring. Given sun, warmth, rich soil, fertilizers, adequate water, and no trimming, the plant will quickly grow into one of its typical forms: bushy Christmas tree-shaped (or akin to the shape of a fir tree) with short branched around a central stem, or tall with only a little branching.

It will continue to grow leaves until August when the days start getting shorter and the night longer. The plant will measure the length of the uninterrupted dark period each evening and, when the dark period reaches a critical length, the plant will redirect its energy from stem and leaf growth to flowering. The male plants will produce flowers at the same time the females start becoming receptive.

Males produce white or yellow flowers with five petals on long spikes and along a few of the branches. Prior to opening, the immature flowers look a little like pawnbroker balls hanging down from their stems. During opening, the flowers turn upright so that the petals face skyward. The wind picks up the mature pollen which then drifts and scatters off to pollinate the female flowers. After flowering, male plants start to lose their vigor and die.

Since it’s pollinated by the wind, the female has no need to produce a fancy flower with petals. Instead, each flower produces two stigmas that jut out into the air. Thousands of smaller flowers grow all along the branches. Over time, the leafy areas are filled with tightly packed layers of flowers. A pollen grain will float by and stick to a stigma where the pollen’s DNA sac quickly passes down a hollow tube in the stigma to the ovum found in the ovary behind the flower. After this, fertilization is complete and the seed starts to grow. When a majority of the flowers has been pollinated, the plant reduced the rate of flower growth to focus its energy more on producing viable seeds. They mature in around three weeks and eventually fall to the ground as the seed pods dry. The plants will then lose their vitality, but will generally last until they are killed by frost.

Humans altered this natural process in order to produce sinsemilla buds—an act that has served the plants well for tens or even hundreds of thousands of years. The term “sinsemilla” is a Spanish compound word: “sin” means without and “semilla” means seed. Sinsemilla buds are prized because of their high potency and smooth pleasant smoking qualities.

One wholly unique characteristic about marijuana compared to other annual plants is that the male and female flowers are found on separate plants. Male plants are generally removed as soon as they indicate sex but before the flowers mature. Thus, the flowers on the female plants remain free from pollen, and they put most of their energy into excess flower growth rather than seed production. Indeed, the budded branches, called colas, can become so thick with flowers that they need support to prevent any breakage. These bunched-together flowers are rich in resins that contain THC, the main active chemical of marijuana.

Groups of flowers growing on the colas are called buds. After five or six weeks of growth, the buds start to ripen. First, the stigmas dry and change color as new flower growth diminishes greatly. In general, the stigmas will turn to a saturated orange red, but they can also have a splash of purple, pink, or yellow tones. The ovaries behind the stigmas begin to swell as if producing seeds while the glands take on a significant role.

Shortly after germination, the plants start producing tiny glands (15-30 microns in diameter) along the stems and on the leaves. These glands (bulbous trichomes) have very short stems and small heads wherein THC is manufactured and stored. Although THC has no odor, you will still smell something because of the terpenes that are also manufactured and stored in these glands. Young plants maintain very small glands and, thus, very light aromas.

THC and the terpenes are utilized for their ability to control pests and ward off bacterial and fungal attacks. One of the theorized ways in which THC might protect the plant is by locking onto acandamide receptors of herbivore mammals and lizards. Most animals aren’t too fond of these sensations and will avoid the plant in the future, but deer actually seem to enjoy young pre-flowering marijuana plants.

Immature plants also produce a larger gland that contains the same cannabinoids and terpenes as the bulbous glands. Capitate-sessile glands have a short stalk with a large head attached so they appear to lie directly on the leaf’s surface. They are around double or triple the size of the bulbous glands.

These glands both protect the leaves and stem from predation. Even so, as the plant starts to grow flowers, it has already invested energy into vegetative growth—a process that cannot be stopped. The plant is entering the most crucial stage: reproduction. At this stage, it’s probably best to protect your plants with more repellent if it all possible.

The plant also produces a third type of trichome: the capitate stalked gland. These glands are about 200 to 400 microns long and appear early in the flowering stage but become much more prevalent as the flowers mature. At this point, the heads of the glands, which are comprised by membranes full of THC and plant oils, stretch out almost like a balloon about to burst.

The liquid in the glands begins to turn cloudy or opaque while the enlarged ovary covered by the glands becomes luminescent in the light. At this point, the bud is primed to be cut.

0 comments on “The Marijuana Plant And It’s Life Cycle”