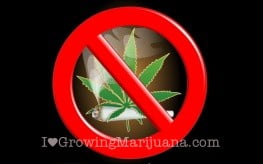 Misconceptions about marijuana are being laid to rest across the country, as Americans warm to the idea of legalizing medical marijuana and even recreational pot. Most people are waking up to the fact that they’ve been fed a steady diet of pro-Drug War propaganda, and that marijuana isn’t only relatively safe, but a powerful medicinal plant.

From the days of Reefer Madness and before, marijuana has been vilified. Though nearly everyone knows that marijuana won’t make you crazy, some hold fast to equally flawed marijuana myths, myths such as:

1. Marijuana is a “Gateway Drug”

Contrary to what DARE officers told you in elementary school, smoking pot won’t turn you into a heroin junkie. As Owen Poindexter at AlterNet points out, “Correlation does not equal causality—most heroin users have worn jeans at some point in their lives, but it’s unlikely that one leads to another.”

People interested in trying mind-altering drugs are likely to try pot, and perhaps LSD, and heroin, or cocaine. But that doesn’t mean marijuana caused a progression, merely that certain people are attracted to certain behaviors. Marijuana, being the most common illicit drug is usually where these people start. On the flip side, however, this also doesn’t mean that everyone who tries marijuana is interested in shooting heroin; that’s a leap of logic that simply doesn’t hold any weight.

2. Marijuana Has no Medical Applications

A ridiculously perplexing truth, the federal government refuses to recognize marijuana as having any medicinal value, despite countless people treating their seizures, depression, and even cancer with the plant. It’s their entire justification for keeping marijuana classified as a Schedule I substance. In clinging to this myth, they are ignoring the mounting evidence that cannabis is able to treat a variety of conditions: seizure disorders, nausea, glaucoma, cancer, chronic pain, Lyme disease, and even possibly depression.

One of the most recent studies on marijuana effects found that legalizing marijuana does not increase crime rates. This trend has been seen in communities where medical marijuana dispensaries have popped up and in Colorado where recreational pot was legalized. Crime rates have held steady and even fallen in some cases.

Marijuana isn’t as Dangerous as They Say

There are numerous myths about marijuana use, particularly as it applies to those who actually use the marijuana—that they are lazy, have consistent battles with the munchies, or that they are your stereotypical “pot head” 20-somethings, celebrating 4:20 and playing video games in hazy apartments.

In reality, marijuana advocates come from all walks of life, all age groups, and all socioeconomic backgrounds. The changing attitude towards marijuana will only increase the diversity among pot users and supporters, hopefully making these and other myths things of the past.

BACK TO TOP
Should you be dabbing?
Signs You Need a New Grinder
How To Make Cannabis Coconut Oil