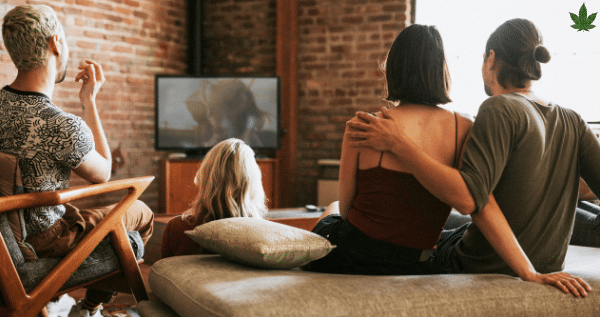 Cannabis planet is a television program that promotes the use of marijuana. It got started in July of 2009. The people of the show is basically letting other people who watch the program know the benefits that marijuana has and they tell individuals how marijuana is grown and how it came into the United States.  The program is out of California but can also be found on the web with some of their episodes. They are at the moment in their fourth season and are enjoying the ratings they have received so far. The reviews and comments by people have been overwhelming with all the positive feedback.

The program basically informs people on how to grow weed properly and gives advice and tips on it along with letting people know which plant is better than others. They have suggestions on which plant is better grown indoors and which is best growing outdoors. This program has a lot of viewers and people who have medical issues have learned a lot from this show. The staff of cannabis planet makes sure to always give the correct data on how people can benefit from weed. Each employee from the show has a particular session during the program with important information about the different kinds of weed that can specially be used for people who have a medical condition and need help with dealing with the pain.

When you have the right kind of weed to smoke it will give you some relief to the pain you are having at the moment. Weed comes in several different strains and each one is different on how you can benefit from it. There is some weed that will help more with depression and anxiety and there are other forms of weed that will help for extreme pain that people will have from such terminal diseases known as AIDS and cancer.  The show also does interviews with people who have smoked weed or still do for medical reasons. This gives viewers a chance to see first-hand the advantages of having medical marijuana around.

Cannabis planet is there for the people and wants to help them in any way they can. They also do interviews with researchers who are either doing studies now or have done studies on the effects of medical marijuana. This lets individuals know that there are tests being done to see which weed is better for medical issues. It also keeps people informed on the latest discovery on perhaps a new weed that has come out and being tested. People think that smoking weed is a bad thing but they are clearly wrong, it is all about getting rid of the pain even if it is just for a little while.

The program also has a segment on cooking with weed. The chef will prepare particular food dishes and let everyone watching know exactly what ingredients are going into the dish. Cooking with weed is another way to lessen the pain but just keep in mind that when adding weed to a dish it will weaken the effect to some degree. If you would like to know more about cannabis planet then click here.