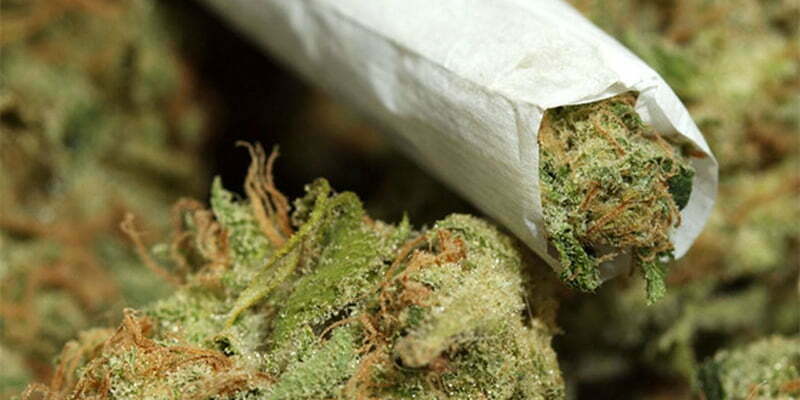 Using marijuana for the first time is always a special occasion. For some unknown reason, many people don’t feel the usual effects upon their first use. They usually respond on the second or third time as if they needed a primer before really starting to feel anything. Some newcomers will act “stoned,” but won’t be aware of it. The inactivity associated with first-time use can be overcome by upping the dose a bit. Proceed with caution, though, because higher doses for first-timers can lead to unpleasant reactions and occasionally incapacitation for a couple of hours.

Just like most other drugs, heavy use of marijuana can build up a tolerance in the user’s system. Euphoria and other pleasant sensations tend to gradually fade away with continued use. Heavy users might also experience a decrease in undesired effects like elevated heart rate (tachycardia).

Patients might also develop a tolerance to the medical benefits of marijuana. Although it’s not really that common, it can be remedied by changing varieties or dosage methods for a while.

In addition to that, one person’s reaction to a certain strain of marijuana might differ enormously from someone else’s reaction. Most of the research surrounding marijuana ingredients has dealt with THC, but other cannabinoids, terpenoids, and flavonoids can have a major effect on how the drug is received.

Marijuana almost never increases the toxic qualities of other medicines. It differs wildly from common drugs like alcohol or aspirin in that it’s safe to use while taking depressants and blood-thinners. This is just another example of marijuana’s remarkable safety.

On some occasions, marijuana can interact with certain drugs to stimulate tachycardia (elevated heart rate). These drugs include the antidepressant nortriptyline and perhaps the popular stimulant ephedrine (found in “herbal ecstasy” preparations and also as an anti-asthmatic medication). On the other hand, you can use beta-blockers like propranolol to inhibit THC-induced tachycardia (wiki).

Marijuana is not physically addictive, and many smokers who have used it consistently over the years have given it up with no trouble at all. In that way, it almost becomes like simply changing your diet. You can eat bacon and then stop with no trouble. In the same way, you can smoke marijuana and stop with no trouble. Still, there is a possibility for psychological addiction when it comes to marijuana. Compared to alcohol, nicotine, cocaine, opiates, caffeine, and other psychoactive drugs, marijuana is consistently ranked at or near the bottom of the list in terms of dependence, reinforcement, and withdrawal potential. Even so, every human pleasure (including bacon consumption) can have certain strong, habit-forming potential.

Around 10% of recreational users have trouble controlling or limiting their usage of marijuana. For the most part, these people are prone to addiction and have difficulty with other, more addictive drugs as well. Those who use marijuana excessively to the point where it interrupts their daily lives and makes them feel out of control might be defined as marijuana abusers. Some drug treatment centers provide places for marijuana abusers, but generally their clientele is comprised of people with different (and often more serious) drug dependencies. Most patients in marijuana treatment programs are those who have been sentenced to treatment in lieu of criminal punishment. There is a group called Marijuana Anonymous that offers to help those who are seeking to recover from marijuana abuse (www.marijuana-anonymous.org).

A select few recreation users who had used marijuana for a long time at high doses do experience some subtle withdrawal symptoms when they quit. The symptoms include mild anxiety, depression, nightmares, difficulty sleeping, vivid dreams, irritability, tremors, perspiration, nausea, muscle convulsions, and restlessness. Although mild, these symptoms might persist for a few days, but are really only prevalent in the heaviest users. Still, there’s not really going to be any major symptom that might prove to be a sever obstacle in quitting.

What about those who drive and use marijuana? Aren’t they at risk? Cannabis can, in fact, impair driving performance by decreasing attentiveness, short-term memory, and reaction time (especially at higher doses). However, drunk driving is still considerably more dangerous than smoking marijuana and driving.

The U.S. National Highway Transportation Safety Administration (NHTSA) conducted a study called “Marijuana and Actual Driving Performance,” in Netherlands to determine exactly what the title suggests (Hindrik and O’Hanion were the principle researchers). The study followed drivers on freeways and on urban roads who had been exposed to various dosages of marijuana. It reached the conclusion that marijuana intoxication while driving produced results that were “in no way unusual compared to many medicinal drugs.” They did find that marijuana has some effect on driving but that it was “not profoundly impairing.” Researchers observed that drivers feeling the effects of marijuana were more likely to realize their diminished cognitive capacity and were better able to compensate for it than someone who might have been driving drunk.

Although marijuana is generally considered to be very safe, it still can have adverse effects. If taken in excess or abused, marijuana can be harmful just like any other drug.

The effects of marijuana happen almost instantly after inhaling or smoking. If simply ingested orally, the effects are delayed for over an hour. When smoked, however, the effects are much more pronounced for the first couple of hours before starting to decline over the next three to four hours. Marijuana’s effects usually go away after a good night’s sleep and there’s not attendant “hangover” or rebound period like you’d find with alcohol, opiates, cocaine, amphetamine, and other drugs. In general, the high just fades away, although some supersensitive people may feel slightly sedated for a day or two after use.

Those who use marijuana every day might experience lengthier (though low-level) effects that can go on for weeks after stopping. Most experts are unsure of the origin of this “cannabis haze.”

One theory involves a residual buildup of cannabinoids in the system. After all, THC is very fat-soluble and is absorbed by fat tissues throughout the body. Most of the cannabinoids inhaled from a joint tend to end up somewhere else in the body and not the brain. The THC is then gradually transferred back into the bloodstream over the period of many days. Occasional users won’t really feel the effects of residual THC but, for frequent users, residual THC can be detected for 48 hours or more in the blood. Additionally, some non-psychoactive breakdown metabolites of THC can be spotted for days or weeks in the urine.

THC has very few noticeable physical effects on the body, including:

-Dryness of the throat and subsequent thirst.

-Redness of the eyes’ outer coating or conjunctiva caused by the dilation of the small blood vessels there.

-Reduced pressure inside the eye which leads to pain relief for glaucoma patients.

-Dilation of the upper bronchial passages of the lungs.

Marijuana smoke also has irritating and sometimes noxious effects on the lungs and respiratory system, just like tobacco smoke. Cannabinoids are not to blame for this; there are just always going to be toxic byproducts of burning. You can eliminate these toxic byproducts by using alternative ingestion methods like inhaling from smokeless vaporizers or taking marijuana orally instead of inhaling it.

BACK TO TOP
Cleaning Your Pipe or Bong
Cannabis Planet TV Shows Has Become Very Popular
What Do You Do if You Catch Your Teenage Kid Toking Up?

3 comments on “First Time Marijuana Use”