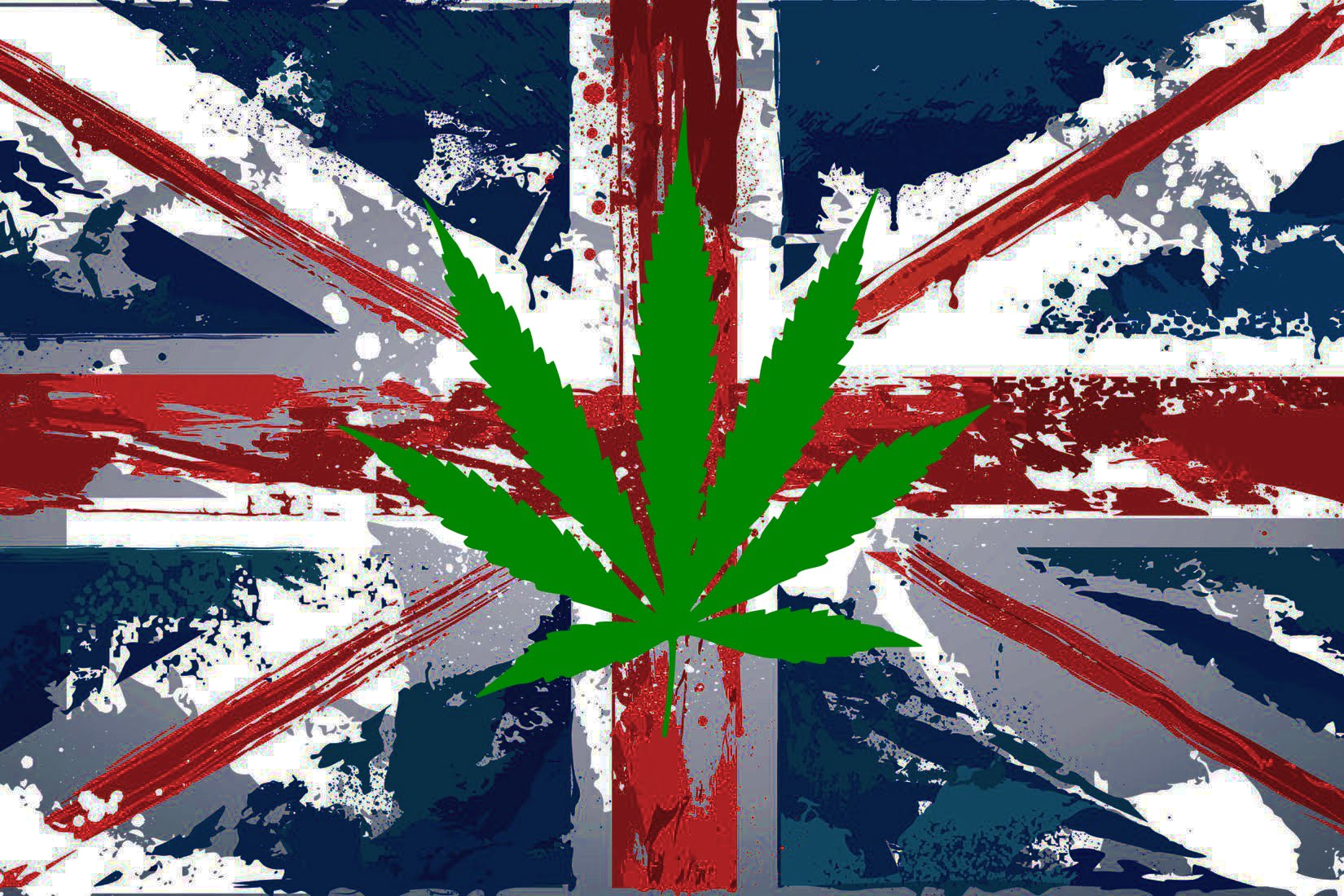 Cannabis, a flowering plant that often contains the psychoactive, tetrahydrocannabinol (THC), is well known throughout the world, but many are surprised to learn about its history in the United Kingdom. The plant actually has three recognized species, Cannabis sativa, Cannabis indica and Cannabis ruderalis. Marijuana refers to the dried leaves, flowers, and stems of most cannabis plants. The same plant is used for hemp, which is used to make textiles, oils, and medicines.

Marijuana in the United Kingdom:

One species, Cannabis sativa, appears naturally in many tropical and humid parts of the world. But it’s not only found there. Marijuana has been used as a mind-altering drug as documented by archaeological finds in prehistoric societies throughout Eurasia.

An Ancient History of Cannabis

The cannabis of ancient times was a useful crop, not for its mind-altering properties, but as herbal medicine. Cannabis in the form of hemp originally evolved in Central Asia before people introduced the plant into Africa, Europe, and the Americas. Hemp fiber made clothing, paper, sails, and rope. Its seeds were used as food.

In its hemp form, cannabis has a long history in the world. As far back as 8000 BCE, ancient villages in Taiwan used hemp cord in their pottery. This find makes it the first and oldest known human agriculture crops. In 6000-4000 BCE Cannabis was used for textile, and the seeds and oils were beginning to be used for food. These early hemp plants had very low levels of tetrahydrocannabinol (THC).

By 2737 BCE, history reveals the first mention of hemp as a psychoactive agent as documented by the Chinese Emperor Shen Nung. In 2000-800 BCE, Bhang (dried cannabis leaves, seeds, and stems) is mentioned in the Hindu sacred text Atharvaveda (Science of Charms) as “Sacred Grass.” Cannabis is considered one of the five sacred plants of India, used medicinally and ritually as an offering to Shiva.

In 1,500 BCE, Cannabis was cultivated in China for food and fiber. Scythians grew cannabis and used it to weave fine hemp cloth.  Getting closer to modern times, the Zoroastrian Zendavesta, an ancient Persian religious text dated back to 700-600 BCE refers to bhang as the “good narcotic.” While in southern Russia, hemp rope appears around 600 BCE.

The ancient mentions of Cannabis continue until more modern times when imported hemp rope appeared in England in the year 100. By the 1600s, the country was importing hemp from Russia while French and British colonies began cultivating cannabis at the same time. By 1856, the British began to tax the “ganja” and “charas” trade in India. However, when Lebanese hashish production was prohibited in 1926, two years later, 1928, Britain banned the recreational use of cannabis, burying the tradition of smoking Hashish, for many years.

History of Cannabis in the United Kingdom

The oldest evidence of cannabis in Britain are seeds found in a well in York at Micklegate that were associated with a Viking settlement dating as far back as the 10th-century. However, the UK’s connection with hemp is actually well documented. In 1533, hemp ropes were so important that King Henry VIII made it compulsory for all landowners to grow an allotted sum of it and penalized those who failed to meet the quota. Cannabis was so crucial to the country because hemp ropes were fundamental to the success of the English Navy.

Cannabis as marijuana gained attention when an Irish physician, William Brooke O’Shaughnessy, brought cannabis that he had used after working with the East India Company in 1842 to England. William discovered the medicinal uses of cannabis and found that its extract could lessen stomach pain and vomiting in cholera sufferers. Soon after this, Medical marijuana appeared in The New England Dispensary.

Marijuana use in the United Kingdom was almost destined to happen. Psychoactive cannabis was already being used in many of Britain’s new territories, and as it added to its empire, areas such as South Asia and Southern Africa began to teach British landowners more about the plant. Marijuana use slowly spread throughout the Empire and was even introduced to Jamaica in the 1850s–1860s by indentured servants imported from India during British rule of both nations. As a result, many of the terms used in cannabis culture in Jamaica are based on Indian names, including the term ganja.

Cannabis in the United Kingdom today

Cannabis is produced and exported worldwide for its medical and scientific uses, and one of the world’s largest producers and exporters happen to be the UK. In 2016 alone, the UK produced a whopping 95 tons of cannabis in total, yet they still hold on to their old beliefs when it comes consumption within their country. Currently, the UK believes that cannabis has no medical purpose. However, a cannabis-based product, Sativex, and a synthetic version called Nabilone can be legally prescribed and supplied in limited circumstances in the UK.

They also honor current marijuana laws from other countries. If you were a citizen of other EU states that may have signed under Article 75 of the Schengen Agreement, then you can travel with your doctor’s prescribed narcotic or psychotropic substance, cannabis inclusive, into the United Kingdom, as long as you have authorization from your own country. This covers many visitors to the UK for up to 30 days. However, if you are a UK citizen, with prescribed narcotics and cannabis from another country, you will be prohibited from going back to the country you got it from, as this is considered illegal. Basically, UK residents should not travel abroad to bring back drugs that can’t be legally supplied in the UK.

But a UK citizen with legal forms of cannabis can travel to other Schengen states with their medication without any problems. Talk about double standards.

Legal History of Cannabis in the United Kingdom

How did Britain end up with such interesting cannabis laws? Before cannabis prohibition in Britain, it was already considered problematic in some of Britain’s colonies. In fact, many efforts were made to criminalize cannabis in British India between the period of 1838 to 1877, but these efforts were in vain. Since there was no evidence of the risk caused by cannabis, the British Indian Hemp Drugs Commission judged that “little injury” was created to society by the use of cannabis in 1894.

Cannabis first became illegal in Britain in the mid-1920s, when the United Kingdom, in accordance with the 1925 International Opium Convention, prohibited cannabis as a drug. There was little fuss made when Britain signed the Geneva International Convention on Narcotic Control in 1925 adding “Indian Hemp” and all its resins and preparations.

In 1971, Cannabis was listed as a “Class B” drug in the Misuse of Drugs Act. Except for 2004-2009, when it was downgraded to Class C, a less-harmful category, it remains in the Class B category. This listing did not prohibit the use of cannabis fibers or seeds. It also allows medical and research use, with exclusive licenses issued to a select few.

Legalising Cannabis in the United Kingdom

With 60 years worth of debate on the legalization of cannabis, the movement still hasn’t really gained any political traction in the UK. This may be due to a combination of British conservatism, risk-averse politicians and limited evidence that some strains of cannabis, such as skunk and sensimilla can induce insanity.

The UK government is clearly against marijuana but maintains its love for hemp. Since 1993 licenses for cultivating and processing cannabis have been available from the UK government. They also provide free business advice and support services for growers and processors of cannabis fibers and issue licenses for importing hemp from abroad.

However, arresting people for marijuana use is becoming less of a priority. In 2015, the police force announced that unless a someone who grows cannabis for personal consumption becomes “blatant,” they would stop targeting them. This could be as a result of a reduced budget, forcing law enforcement to focus on more pressing matters, or it could be a growing acceptance of personal marijuana use.

Meanwhile, the United Kingdom is making political moves to legalize marijuana. Organizations such as CLEAR (Cannabis Law Reform), Drug Equality Alliance (DEA), NORML UK (Cannabis legislation reform), Transform Drug Policy Foundation and UKCSC (United Kingdom Cannabis Social Club) are all dedicated to change the current laws. There was even a political party, in 2016, the Liberal Democrats, that publicly supported the legalization of cannabis in the United Kingdom.

Despite all this, no changes are expected to occur for marijuana laws in the United Kingdom in the near future, but the recent events do give many people hope.

BACK TO TOP
Is Weed Legal in Jamaica?
5 Best Strains for Making Cannabutter
Methods Of Taking Marijuana

0 comments on “Marijuana in the United Kingdom”