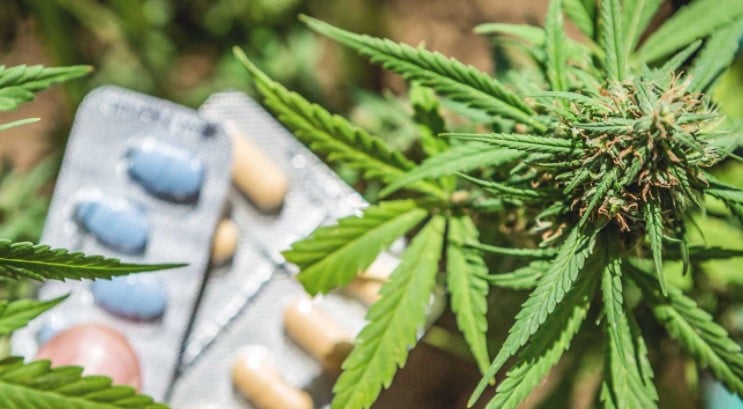 Drug abuse in the United States is increasing rapidly with billions of dollars being spent on this habit. Opioid abuse is a growing problem worldwide, so more people are becoming aware of this health concern. Opioids are frequently prescribed to patients as an effective way to alleviate severe pain. They are also consumed through illegal substances such as heroin which is a very popular drug in the United States and people getting their hands on non-prescribed pain killers.

Opioid receptor agonist changes the way we feel and identify with pain causing us not to experience pain the way we normally would. The problem is the profound effects of opioid can easily become addictive especially for patients dealing with serious complications. Patients will find themselves experiencing a range of unwanted emotional and physical issues due to abuse of this substance. The more the drug is used, the patience dependence and tolerance grows.

Research conducted on animals and clinical studies has shed light on the potential for endocannabinoids to effective in treated opioid withdrawals and addiction. The fact that marijuana has been proven to offer some relief and curative effects, there still hasn’t been enough research to show substantial proof of its benefits. If in fact, marijuana does significantly help an opioid addict, this is even more of a reason why marijuana needs to be legalized.

Opioid Addiction is on the Rise

Abuse of prescription Opioid has only increased over time, unfortunately sometimes resulting in death due to overdose and patients being admitted into treatment centers. From 1999 to 2009 a large amount of opioid sales led to more people being addicted to this substance. Attempts have been made to change this through the emergence of educational programs to raise awareness and policy changes, but that has not been enough.

Drug Alcohol Depend released a study in December 2016 that states in the United States in 2013 alone there were 1.9 million individuals who had a prescription opioid use disorder and another 712,000 had a heroin use disorder.

To date there are currently only three FDA approved treatments for opioid addiction. Most available treatments tends to focus on detoxifying the patient and providing therapeutic advantages. However, current treatments have not been successful and unfortunately most patients experience relapses. To no surprise there is a need for a different form of therapy including using both opioids with other appropriate drugs to counteract the negative addictive qualities many patients experience. One concern with using this method is reducing the natural potency opioid has to alleviate pain. Since this is not the most effective solution for dealing with opioid addiction the search for better treatment continues.

With there being a desperate need for a feasible solution to the opioid dependency epidemic, marijuana is being closely examined. Researchers are already aware of the benefits marijuana can often have in terms of providing relief for severe pain. With all the healing properties of marijuana and its ability to alter the physical body, this puts it on the map as having potential for opioid abuse patients.

According to a study conducted by J Pharmacol Exp Ther, monkeys and rodents were tested using cannabinoids to decrease the amount of opioid that would cause antinociceptive effects while still amplifying its ability to reduce pain in patients. This may be great news for patients using opioids for pain treatment. Cannabinoid receptor agonist administered alone can serve as a pain reliever under certain circumstances but they also have unfavorable effects that could lessen the benefits of opioid/cannabinoid treatments. However, some effects of opioids are not increased and cannabinoids could potentially be decrease them.

The evidence revealed during the study shows that even though cannabinoids increase antinociceptive abilities opioids have, cannabis and opioids work effectively together.

J Pharmacol Exp Ther released another study from May 2016 on tolerance and withdrawal after treatment with morphine and THC. The experiment included four monkeys who received a combination of THC and morphine two times a day. They studied the withdrawal effects of certain cannabinoid receptor agonists, morphine and an opioid receptor agonists throughout the treatment and after.

Treatment effectively reduced withdrawal inactivity to 20 seconds. The monkeys who had doses of both THC and morphine experienced a larger change in antinociceptive dose-effect curves than those who were given only morphine. After the treatment ended the monkeys displayed clear indications of increased withdrawal symptoms along with their heart rate rising. Researchers were able to draw the conclusion that antinociceptive tolerance was enhanced during the THC and morphine combined treatment yet there were no notable changes as a result of simultaneous treatment with THC. This basically means that THC can successfully increase some antinociception tolerance but not all of the effects of taking morphine.

In the Drug Alcohol Depend study they focused on the benefits of oral dronabinol during opioid withdrawal in humans. Testing conducted on twelve adults with opioid dependency over a 5 week period used dronabinol a form of cannabinoid receptor agonist. After administering 20 mg or more doses of dronabinol raised the test subjects heart rates which could reduce the chances of it being used for opioid withdrawal treatment. It is clear that more research is needed to fully determine if there are any benefits to using this form of cannabis, but one thing is for sure there is a possibility this may not be the safest method.

These studies in this review indicate the importance of continued research on the effects of cannabinoids in opioid dependency and withdrawal due to signs that it has the ability to assist with these issues. More preclinical studies are needed to determine the best, safest way to use cannabis to focus on the upset noradrenergic circuits is crucial to this area of research.

Even though studies show that marijuana has potential to be a good solution for reducing signs, symptoms and relapses for opioid abuse patients, more preclinical and clinical research is definitely required.

0 comments on “Opioid and Marijuana”