2016 has ushered in significant marijuana industry reform, with many states and municipalities across America experiencing newly legal, if strictly regulated, marijuana legalization. As a renewing cannabis culture continues to thrive, individuals from all walks of life are champing at the bit to find stimulating careers in such a booming industry.

Not surprisingly, careers in cultivation are some of the most sought after positions, as they promise a direct relationship between the worker and marijuana. Whereas in the past, individuals would make the trek to secluded corners of California and southern Oregon to claim their piece of the pie, new legalization has created a job market with stringent laws, but more consistent payouts.

In order to get a better idea of what the job market looks like today, it helps to have a general understanding of the different cultivation jobs that exist. Given the varied, convoluted legislation of individual states and localities, it’s important to realize that each job will be different depending on location. The legal industry may be booming, but it’s still new enough that there are lots of unanswered questions involving corporate takeover, taxation, and more. 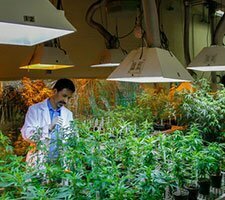 Let’s start at the top. Master growers are the experienced cannabis experts that lead the grow operation team and facilitate the successful growth of marijuana plants from seed to harvest. Professional growing is unfortunately not an entry-level pursuit as most growers sustain years, if not decades of experience growing, as well as advanced degrees in horticulture or agriculture.

What Do Master Growers Do?

Depending on the setup of the operation, master growers lead a group of assistants through the process of germination, transplant, cloning, pruning, harvesting and so much more. Though marijuana is admittedly a sturdy, tenacious plant, there are many controlled and uncontrolled factors master growers must grapple with in order to produce a successful crop.

Whether the operation is indoor or outdoor, growers must create plans for light exposure, watering and feeding, pest and disease control, as well as any other issues that appear along the way. While many would consider being a master grower as the ultimate marijuana growing job, the position comes with a lot of hard labor and personal time engagement. For most growers, there is no clock in or clock out time, there is simply a process that (hopefully) results in a successful, mature crop.

How Much are Master Growers Paid?

Though the job may be difficult, the payout for master growers can reach similar significance. It’s reported that master growers make around $72,000-90,000, plus bonuses. Anecdotal evidence suggests that there is some disparity in wages between legal and black market growers, but it’s probably too early to make a direct comparison. One thing’s for sure, the legal market promises a payout, so no need to worry about getting screwed over. 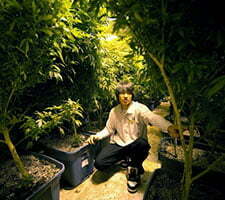 Assistant growers are the unsung heroes of the cultivation process. Assistants essentially follow the instructions delegated to them by their supervisor, or the master grower. Whereas master growers plan and execute the growing process, assistants carry out many of the grunt-work — maintenance related tasks that are integral in producing a crop.

What Do Assistant Growers Do?

The tasks of assistant growers vary and revolve around the crop’s daily needs. Largely, these folks carry out propagation, feeding, watering and pruning. One assistant grower reports that much of his day involves mixing nutrients and testing for its Ph, as soil and nutrients are integral in a plant’s success.

Additional tasks include cleaning and maintaining the grow room and ensuring that all forms of legislative compliance are being followed perfectly. This may include online record keeping and data entry. Obviously, the specificity of assistant grower daily tasks will change per position and depend on the responsibility of the employee.

How Much are Assistant Growers Paid?

After scouring the internet and discussing specifics with my grower friends, there doesn’t appear to be any consistent records delineating assistant grower compensation. This is largely because each grow assistant maintains varying levels of responsibility, which is then reflected in their payment. It does seem, however, that most assistant growers make higher wages than the average marijuana budtender, whose pay begins around minimum wage. 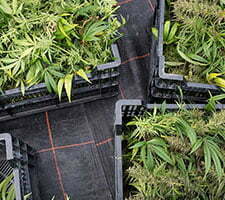 Though trimmers aren’t always included in the cultivation job discussion, they often work in facilities alongside other growers, and maintain an important position in preparing marijuana flower for sale.

What Do Trimmers Do?

You’ve likely heard that trimming jobs are tedious. While this may be true, the position is one of the most rewarding entry level marijuana careers, as there is significant opportunity for job mobility.

Trimmers trim: that’s what they do, and cannabis customers around the world benefit from these detail oriented workers. Essentially, trimming involves snipping off excess marijuana plant matter, including fan and sugar leaves from the trichome-rich flowers that contain cannabinoids like THC and CBD.

There are several reasons why trimming is important when preparing cannabis. For starters, trimming allows buds to be as cannabinoid rich as possible for their weight. Good weed is well trimmed (not too loose or too tight) and only contains the plant matter necessary to produce effects.

If you smoke flower that has been too loosely trimmed for example, odds are you may find yourself less high and with a serious lung workout. Trimming is also essential in creating aesthetically pleasing buds that increase the likelihood of a customer’s purchase.

How Much Are Trimmers Paid?

Trimmers who are just starting out generally make hourly wages ranging from 12-15 dollars. While the payout might not seem immediately appealing, some trimmers make up to double these wages per hour depending on the operation, their experience and the amount of flower they can trim over a period of time.

The best trimmers are able to produce high quantities of quality flower and are compensated based on weight, rather than by the hour.

The Future of Cultivation Jobs 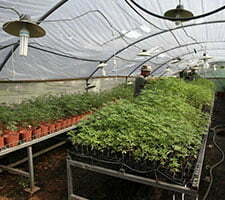 Now that the legal industry has allowed for a more in-depth exploration of cannabis jobs, the question on many people’s minds is how to acquire these positions. Of course, there are many different avenues for landing a job; however, it’s clear that having connections can be an applicant’s greatest asset.

While this may be discouraging for those who don’t know people in the business, there is still hope! The beauty of working in this industry lies in the potential for job advancement. It is not unheard of for an entry level trimmer to work their way up the ranks of a grow operation, or another associated marijuana field.

Ultimately, the best advice I can offer when pursuing cultivation jobs is to research and keep up to date on cannabis culture and legislation. As the industry continues to bloom, more opportunities for careers will present themselves, making it ever-important to be prepared! While there may not be definitive answers to some of the industry’s most pressing questions, why not explore the possibilities out there?

Want to know more about growing in general, be sure to download Robert’s free Grow Bible!

Back to top
BACK TO TOP
5 Comments