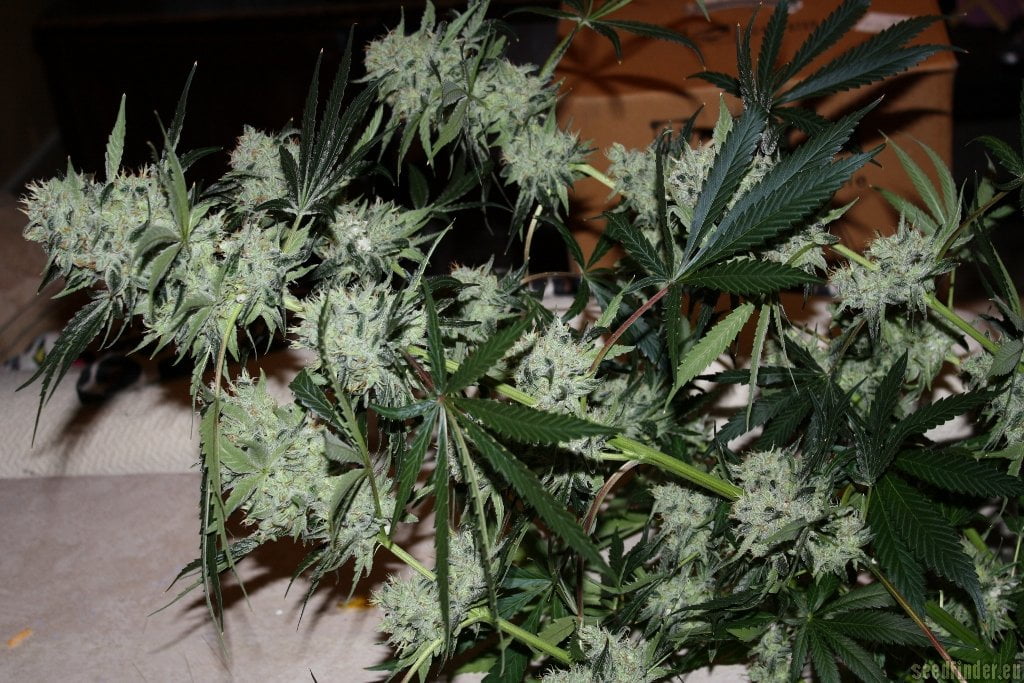 When the word ‘Mickey’ comes to mind, people would always think about the mouse who has been a part of the childhood. By the time one reaches adulthood, that mouse is far from the mind. As if to remind people of what it was like in the past, there is the hybrid named after the famed character.

Mickey Mouse used to thrill people back when they were kids. That is what the strain does today in adulthood – bring back the happiness.

Mickey Kush is a Sativa dominant strain that is proudly bred by the famous TGA Subcool Seeds. They are known to produce not only very potent strains but also ones that are of premium quality. As such, the choice of its genetics is something to behold.

First is the Sweet Irish Kush or “Sweet Kush” to most users. It is an Indica dominant strain that is favored for night time use.

The other is the infamous Jack the Ripper, a highly potent strain that has spawned many other hybrids. Also bred by TGA, it was created specifically to have a plant that can produce seeds as its predecessor Jack’s Cleaner is clone-only.

Mickey Kush to its users is just like Mickey Mouse to children. It is the perfect choice if one needs a boost in getting things done and putting a smile on the face. Of course, with an insanely high THC, users can expect intense mental effects. The good thing about it, though, is that the buzz the Sativa delivers is more like taking a cup of coffee rather than being trippy or extremely psychedelic.

As mentioned the effects of this strain start with a mental buzz. The high it induces clears the head and unlocks the creative side of users. It also allows people to have a sharper focus. Together with the energy it provides, it will enable users to stay productive. Even more so, this strain triggers the release of happy endorphins. As a result, its users would feel uplifted throughout the day.

Following the mental high, the Indica traits of the strain creep in later. Once it does, it brings a soothing kind of relaxing body high. In moderation, it does not lead to feeling lazy.

On some occasions, some users may find themselves using a little bit too much. In that case, then its effects can be incredibly psychedelic. For instance, it may lead to visual distortions where colors appear to be brighter. In essence, it amplifies the senses.

Mickey Kush consists of a combination of aromas that is reminiscent of the classic kush strain but even better. Of course, the earthy scent is present. As the buds are broken, it emits a sweet and sour aroma that is similar to the scent of lemon, something like Pine-Sol to be more exact.

This strain tastes even better than it smells. The earthy and lemony flavor is still present. However, it has more pronounced notes of pepper, wood, and a fruity sweetness.

It is common for marijuana users to experience some adverse reaction when smoking a strain. The intensity, however, varies. Dryness of mouth and eyes are the most expected side effects. Other conditions include feeling dizzy. Some may also feel anxious or paranoid.

The effects that are sought after from Mickey Kush by recreational users are the same reasons why it is very beneficial for those who are in need of it medically.

For instance, the buzzing euphoric high can wipe away negative thoughts and emotions. Because of that, Mickey Kush is a useful stress reliever. As users tend to feel uplifted and energetic, it helps patients with mental disorders such as depression and chronic stress easily cope.

Keep in mind though that as the strain may cause anxiousness or paranoia, people who are predisposed such as already undergoing those conditions will want to avoid using it.

As users tend to bask in the mental high followed by soothing body relaxation, one of the benefits it provides is that it can lessen or eliminate mild pains and aches.

One of the things that TGA provide regarding its medical use is that it contains a higher level of the cannabinoid CBG. Studies have shown that this compound may play a role in fighting tumors. However, to be clear, that is in the context of pure CBG and not the one obtained by smoking marijuana.

Mickey Kush is a delight even for those who have minimal growing experience. Just like other strains, though, it requires a lot of love and attention in order to make it grow to its full potential. The breeders suggest that it is best to top the bush early as this Sativa dominant plant stretches out quite big.

There are also three main phenotypes that may grow out of its seeds. One leans towards the Sweet Irish Kush while the other leans more towards Jack the Ripper. A third one will have both the characteristics of its parents

Indoors
Mickey Kush has a flowering period of only 7 to 8 weeks. Growers can expect the production to be between 12 to 16 ounces per square meter.

Outdoors
In a dry and warm climate, the plant should thrive well under the tending loving care of growers. It should be ready for harvest during the first to second week of October. Each plant is likely to produce at least 12 ounces of buds and perhaps more.

Have you ever smoked or grown your own Mickey Kush? Please let me know what you think about this marijuana strain in the comments below.