The primary step that needs to be taken to qualify as a legal patient is obtaining a physician’s recommendation (occasionally referred to as an approval or certification).

What is a physician recommendation 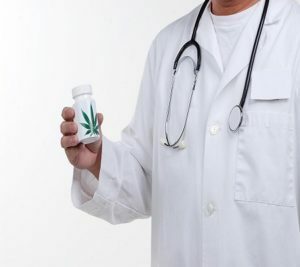 For the most part, a recommendation consists of a physician’s written statement in regard to marijuana’s medical advantage for the patient’s condition. Recommendations legally differ from prescriptions in that prescriptions are defined by law as a written order to a licensed pharmacist to supply the drug. As marijuana isn’t available in licensed pharmacies and prescription drugs are subject to extensive federal regulation, marijuana prescriptions are currently impossible. (This essentially trivializes the Arizona’s 1996 medical marijuana law—Proposition 200—that was worded inexpertly so as to necessitate the attainment of two “prescriptions” of marijuana. Thus, Arizona’s law has been a dead letter).

Conversely, physicians can legally “recommend” marijuana as much as they want, pursuant to a 2002 decision by the 9th Circuit Court of Appeals, Conant v. Walters. The Ninth Circuit’s ruling found that the right of physicians to recommend drugs (even technically illegal ones) was protected under the First Amendment. This decision is binding on any and all federal courts in the Ninth Circuit, including the West Coast. The Supreme Court legitimized the decision by refusing to hear an appeal. Physicians who recommend marijuana are exempted from federal prosecution under the Conant decision as long as they steer clear of distributing, producing, or acquiring it. Today, thousands of doctors recommend marijuana to their patients under state medical marijuana laws, and none have been punished by the federal government.

Even so, many physicians remain hesitant to recommend cannabis out of a misplaced concern for federal arrest. Other physicians might just be ill-informed about the benefits of marijuana or just might see it as existing outside the mainstream of medicine because it’s still federally illegal and not approved by the FDA. As we’ve already noted, many professional medical associations have come out in support of medical marijuana. Some medical societies have unfortunately not indicated their support, among them are the American (and Canadian) Medical Associations and the American Cancer Society.

How to get a physician recommendation 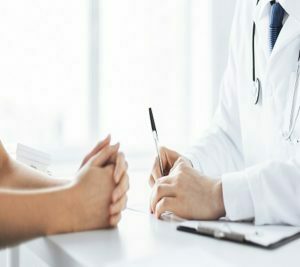 Potential patients should start by talking to their regular physician regarding medical marijuana. Many general practitioners are willing to write recommendations when they find out that their patients derive some relief from their symptoms. Other doctors might need a little persuading with scientific evidence that shows marijuana’s efficacy for treating a particular disease. Other physicians will still refuse to write a recommendation no matter what.

In this event, patients should exercise their legal right to request a copy of their medical records. This will at least document that they have been under medical treatment for a serious disease. They can then show their records to another physician who might be more knowledgeable about and receptive to medicinal cannabis. Cannabis medicine specialists are now practicing in many states that have marijuana laws. Referrals can usually be found on the Internet or from certain patient’s groups in the applicable state. Most cannabis specialists require documentation showing previous treatment for the patient’s complaint. If the disease can be treated with cannabis and is covered by state law, most specialists will readily dole out a recommendation after the completion of appropriate examinations. 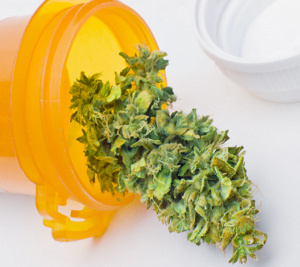 Most medical marijuana states have a restricted list of conditions for which the drug can be legally used. By contrast, California allows marijuana recommended for “any illness for which marijuana provides relief.” All FDA-approved drugs maintain this standard and can be prescribed legally for any condition whether or not it’s listed on the label. But, because of marijuana’s unique and controversial status under federal law, lawmakers have attempted to restrict is use despite the fact that it’s technically safer than most prescription drugs.

For the most part, states permit medical use of marijuana for these categories:

Some states permit patient petitions for the inclusion of other conditions. Some states indicate that diseases must be severe, debilitating, or unresponsive to other treatments.

Standard indications cover a lot, but not all, of the uses of medical marijuana. You’ll find that psychiatric and mood disorders like PTSD and bipolar disorder absent from the list of standard indications even though recommendations make up around 20% of the patient population in California (the only state that allows medical marijuana to be used for such disorders).

BACK TO TOP
10 Comments