When it comes to the sight of cannabis, of course, the green color dominates as it does when referring to plants. But the purple color has been making its mark and truly, it is a sight to behold. One such strain is the Purple Power. While it is an easy-going marijuana, it does take many of its users on a trippy ride.

Except for a few, most sources cite the parent-strains of Purple Power as the Dutch Dope and Skunk No. 1.

By crossing the two strains as mentioned earlier, the result is a hybrid that takes some of their notable features. For instance, Dutch Dope is known for an intense yet relaxing experience. Meanwhile, Skunk No. 1, a prevalent strain, helps wipe away stress and improve appetite.

We are not sure, though, if there is another strain that goes by the same name. Some seed banks and sources have cited the parent strains as California Sativa and Super Skunk, Purple Haze and Skunk No. 1, Dutch Dope and Super Skunk, Thai Haze and Early Skunk.

It appears that the original Purple Power may no longer have a consensus to its lineage as more people have bred their own. If the strain is a piece of music, then it is akin to musicians creating an interpretation of their own. They all may exhibit almost the same traits, yet they are still different.

Purple Power, as its name implies, suggests it comes with potency. Indeed, looking at its THC content, some tests show it can reach as high as 18%. However, there are many variants which may explain why some have it listed as low as 9%.

At any rate, we can generalize the strain as being of average to high potency. Regardless, one is not to underestimate it as it does bring on an intense experience. Such is the nature of Purple Power.

At its onset, most people should start feeling a mild sensation that pleases the mind. In short, it swings the mood. And this change in behavior begins to manifest itself as users start to feel giggly. As the sensation continues to surge in, most people would also start to feel euphoric.

Meanwhile, the Indica side of Power Power begins to make its way to the body. As a result, users start to feel at ease. A notable thing about its effects is that it helps in clearing the vision or the mind as well as boost creativity. However, for some people, they may also feel trippy especially as the euphoric and body relaxations ebb back and forth.

Classified as a strain for daytime use, Purple Power is an excellent choice for a group of close friends. In fact, this hybrid does make users feel sociable. Keep in mind, though, that using a little too much of this strain can lead to a buzzing mental and body high, leaving one on a couch-lock.

The Skunk lineage of Purple Power is evident in its odor. Even without breaking the buds, a hint of skunkiness can be detected as well as its naturally candy-like sweetness and lemony sour scent.

Not only did Skunk No. 1 pass on some of its effects, but it also passed on its aroma and taste. Upon smoking, the skunky flavor is evident with a sour note of lemon blending with sweet berry flavors.

It is almost guaranteed that users of Purple Power will feel their throats drying. As such, having a pitcher of water nearby will help. In fact, it is better to drink a lot of water before smoking this weed. Doing so not only helps with the mouth, but it also helps prevent other adverse reactions.

Although there is nothing much to be concerned with, some people may feel dizzy during the onset of the effects as well as throughout most of its duration.

Almost all kinds of marijuana strains come with traits that make them effective in dealing with stress and pain. Of course, Purple Power does that too. However, among the medical marijuana users, it is especially useful in stimulating the appetite.

People who have been having problems with cramping will find a good use for this strain as well.

Purple Power grows well enough in an indoor environment. In fact, it does produce a good-sized yield. However, this strain is more suitable for growing outdoors. The best thing about this plant is that it even grows in the cooler regions of Europe. Under the care of experienced growers, it can have a yield that is more than twice of what it can produce inside the house.

Indoors
Growing with Indica traits, that means the plant has an early flowering time that begins on the seventh week. Once it is ready for harvest, each square meter can have a yield in the range of 18 to 24 ounces.

Outdoors
In an environment where it thrives the best, a warm climate, each of these plants can produce up to 36 ounces of buds. In cooler areas, it still should provide more than 18 ounces. Power Plant starts its flowering stage from the third to fourth week of September.

Have you ever smoked or grown your own Purple Power? Please let me know what you think about this marijuana strain in the comments below. 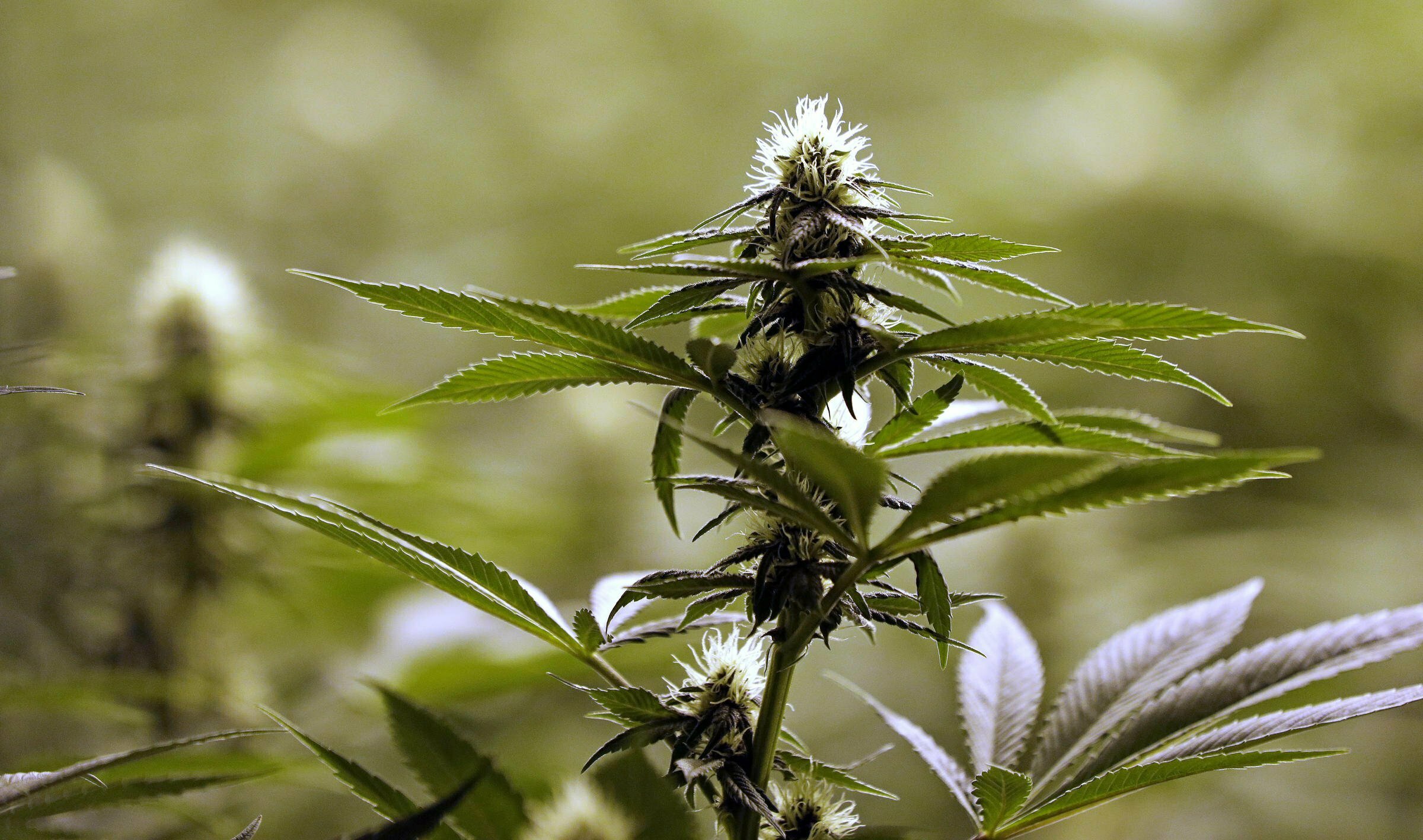 Why You Should Grow Marijuana Outdoors (and how)