Most medical marijuana states require patients to register with that state to avoid the threat of prosecution (California, Washington, and Maine excepted). Theoretically, registered patients should be protected from arrest as long as they follow the letter of the law.

Some states allow for affirmative defense in cases for non-registered patients who were arrested but can prove their medical need in court. In this event, patients can defend themselves form criminal prosecution by bringing in a physician to verify that they had recommended medical marijuana. Of course, in order to maintain the protection of the law, patients are required to have their doctor’s recommendation prior to arrest. 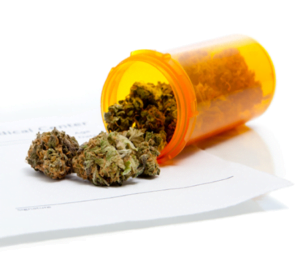 Some patients might be nervous in regard to registering with the state because of the fear that the information could be used against them by prosecutors or harassers from the federal government. Fortunately, these fears have little basis in reality as not a single one of the thousands of patients registered in state-sponsored medical marijuana programs has had their records turned over to federal authorities. In fact, these authorities have indicated that they have zero interest in pursuing individual patients.

One case in Oregon headed by the U.S. attorney’s office in eastern Washington state attempted to subpoena patient records in order to pursue an investigation of a local cannabis clinic. U.S. District Court Justice Robert Whaley denied the request when he ruled that the privacy of the patients was more important that grand jury’s need for information. Even in this case, the aim was not geared toward outing patients, but simply garnering information on a clinic. If the government had attempted to prosecute patients, it likely would have faced even stronger legal and political resistance because of the strong popular support for medical marijuana. Patients who qualify for medical marijuana programs should therefore have no fear about registering in state programs. 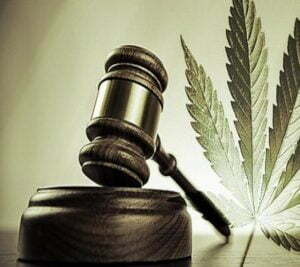 It has yet to be decided whether medical necessity is an applicable defense in federal courts. In its Oakland Cannabis Buyers’ Cooperative decision (2001), the U.S. Supreme Court came to the conclusion that necessity was an invalid defense for third parties seeking to manufacture or distribute marijuana for those with a medical need for it. However, it did leave open the question of whether or not it might be allowable for individual patients to be charged for personal possession or cultivation. Seeing as how zero necessity patients have ever been arrested for personal possession or cultivation by the federal government, the issue is still up in the air. 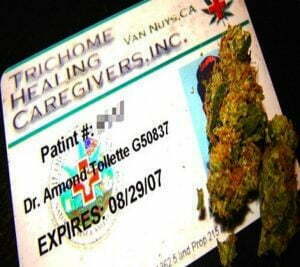 Most states have created rather stingy limits on the quantity of marijuana that patients can legally possess or cultivate. In certain states, patients who have been arrested with larger amounts might still assert their innocence in court by invoking an “affirmative defense,” under which they are required to show that the higher quantities were medically justified for their own personal use. In a few other states, the limits are strictly enforced.

Most states allow patients to possess no more than a few ounces. In general, this amount is less than the average yearly need. Most patients go through about a joint or so per day or about one half to one pound of high-quality sinsemilla per year. Severely ill patients can go through two to three pounds of sinsemilla or more. Patients who ingest marijuana orally might use substantially higher amounts of lower-grade leaf. The few remaining patients in the government’s compassionate use program receive over six pounds of marijuana annually from the NIDA. The higher quantity is a result of the fact that the government’s weed consists mostly of low-potency leaf. 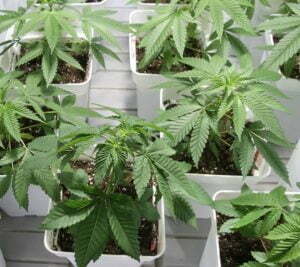 For the most part, patients will find it impossible to remain within the legal possession limits if they want to grow an entire year’s supply from a single, outdoor crop. The only other way to maintain a supply is to continually replenish it a few ounces at a time every few months either by maintaining an indoor garden with rotating crops or by purchasing their medicine from underground suppliers.

The ungenerous cultivation limits permitted by most states present a particularly difficult hurdle to patients who want to comply with the law. Most medical marijuana states permit no more than six plants. Even though six large plants grown outdoors might be adequate, it’s rare for half a dozen indoor plants to meet all the patient’s needs. Thus the patient needs to maintain a rotating crop with the maximum number of plants allowed, an acceptable total yield of only a few ounces, and a backup supply of immature plants to take their place. Even so, not everyone has the skill, experience, luck, supplies, and growing space to be able to do this with any success.

To sum it up, state laws as they are written now do not provide a realistic or convenient framework for most patients to meet their medical needs. Indeed, most patients are forced to cheat on the limits or rely on outside suppliers to gain access to their medicine.