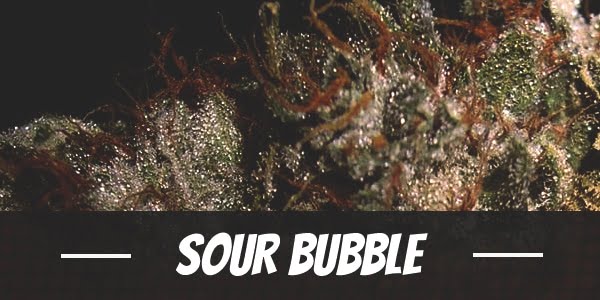 There is no other way to put it but to say that incest alive and well in the cannabis scene. Now, before one goes on to think of it as pornography, what we are referring to is the way new hybrids came to be. In other words, the process in which new genetics are introduced through the process of crossbreeding.

Take Sour Bubble, for instance. Bred by B.O.G. Seeds, it would have been the offspring of an incestuous relationship were it not for that fact that it is a ‘plant.’ Taboo for people, nonetheless, it is perfectly normal in the plant kingdom.

The most successful hybrid developed by the breeder is BOGBubble. In developing a new hybrid, they decided to cross a clone to its original parent. Not contented, they used the offspring to pair it with another clone. At this point, Sour Bubble was released to the public. However, that is not to say they will not release a variant in the future. In fact, the work is ongoing as they progress to new generations.

BOGBubble, for the uninitiated, is practically Bubblegum. It is impossible for long time marijuana users not to have heard of it. While it comes with an exceptional euphoric high that allowed it to win or place high in the Cannabis Cup numerous times, it is its fantastic scent that led to its explosive acceptance in the market.

After an exhausting day, the anticipation of going home can be antagonizing in the sense that the house could literally feel like half a world away. Yet, once at home, resting is nothing more than not having enough energy and stamina. A perfect strain to use in this situation is Sour Bubble. Even better, resting itself becomes quite an experience in itself.

At its onset, it begins by uplifting the mood. Generally, the mood swing makes users feel better and happy. It gives just enough buzz for one to finish up such as taking a shower or whatever. Meanwhile, the strain continues to weave its effects on the mind and the body.

A 100% Indica strain, Sour Bubble has been tested to have as much as 28% THC. The only way to describe it is that it is insanely high. Being so, once it kicks into the body, it hits hard. Not only does it induce deep relaxation, but its numbing buzz is likely to cause a couch-lock. At this point, it will not take long before its users go on to sleep.

Sour Bubble is definitely a ‘treat in a bud.’ Of course, just like many others, it emits a pungent earthy aroma. Even without crushing the nug, one could distinguish a sweet and sour scent. But once users start to break it, then a pronounced note of bubblegum starts to fill the air.

Users should be pleased to know that its fragrance carries over well. Upon drawing the smoke, it has a sweet blend of earth and berry with a sour aftertaste.

People wouldn’t think that there is anything wrong with taking Sour Bubble as it has flavors and aroma that would delight the child in them. However, one must not neglect its adverse effects.

The most usual ones are dryness of eyes and mouth. This should be expected with using any kind of marijuana. Other than that, dizziness and anxiety may also occur if one has a low tolerance level or overindulge.

There are a lot of things to be considered before tagging a strain as something that is useful enough for medical purposes. CBD is one. Not that Sour Bubble has an exceptionally high CBD content, but it is mostly the analgesic and sedative-like traits of the Indica side that has the most value.

When it comes to depression, most often, it is the Sativa traits that induce a euphoric high that has great benefits. However, in the case of Sour Bubble, it appears that it is a combination of both the mental and physical effects. By uplifting or enhancing the mood, it already prepares a person for what is to come next – the heavy sedating body high. As users fall into a state of sheer bliss, tensions in the body leave. Instead of continuing with negative thoughts, they simply go to sleep.

At the same time, another great use of Sour Bubble is in pain relief. The same body high that helps people with mental conditions can also be a source of relief from discomforts caused by chronic illnesses.

Novice growers might be up to a challenge when growing Sour Bubble. Because just like other plants, it requires extra love and care. This strain thrives well when grown using hydroponics. Aside from that, attention is needed as it is also sensitive to molds and pests especially when exposed to humid temperatures.

Care for properly; the plant has a flowering period of 7 to 9 weeks. After, it is time to claim the reward. The estimated production per square meter is around 12 ounces.

With planting this strain in an outdoor setting, it is important to have it placed in a warm and dry environment. As mentioned, wet and humid climates may cause Sour Bubble to have molds. Harvest is usually ready by the end of September to early October with yields produced up to 12 ounces or more per plant.

Have you ever smoked or grown your own Sour Bubble? Please let me know what you think about this marijuana strain in the comments below.