How to start a commercial grow operation in Montana 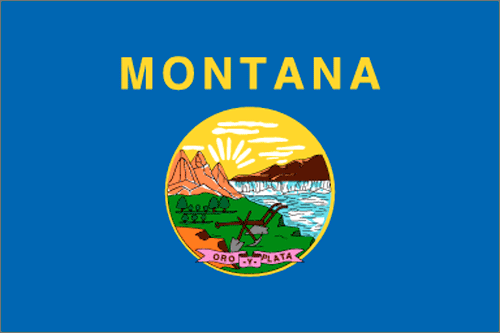 How to start a commercial grow operation in Montana:

Montana has an established medical marijuana program, but the law that was passed 13 years ago did not have provisions for a medical cannabis system. However, that changed recently, and a new Senate Bill was passed, opening the Montana medical marijuana market for prospective growing operation owners.

Retail businesses are called Marijuana Infused Products Providers (or MIPPs), and the application window is still open, with no deadline as of yet. Below is more on growing operations in Montana.

Montana voters passed Initiative 148 in November 2004. It ended criminal prosecution for medical cannabis that had been recommended by a physician. Patients could have up to six plants, and there was no state-regulated marijuana distribution system.

Under the new Senate Bill 033 directions of May 2017, Montana now welcomes medical marijuana businesses. The new law includes provisions for medical cannabis growing operations as well as testing facilities. Currently, the application time frame is open for growing operations and testing offices. The state also has not said when they’ll stop accepting applications.

How many marijuana businesses are there currently in Montana

There no marijuana business in Montana and no licenses have been issued yet. There also are no limits on the number of licenses that will be issued. However, current dispensaries will be allowed to reopen as licensed businesses via court order.

Growing operations can be limited or banned by local municipalities. Caregivers or providers are allowed to supply registered medical marijuana patients with medical cannabis, whether it was acquired at a dispensary or grown themselves. According to Montana’s medical marijuana registry, as of February 2017 over 500 providers were associated with at least one patient.

Under the previous law, which is currently active, dispensaries are not allowed to grow their own marijuana. Instead, only registered patients or their caregivers (who also need to be registered) may grow the plant. However, once the new law goes into effect, growing operations may supply dispensaries. The new law allows a right that was once limited to caregivers to extend to anyone that wants to start a marijuana business. As of November 2017, licensed cultivation facilities can hire people to grow and distribute medical marijuana.

To be considered for a marijuana growing operation license in Montana, you must be a state resident and undergo a fingerprint background check. Cannabis retailers (providers) are automatically disqualified if they have previous convictions.

In the meanwhile, providers (caregivers) can grow no more than 12 vegetating and 4 mature plants in their premises at any time. Also, dispensing and growing facilities cannot be within 1,000 feet of schools or playgrounds, or within 100 feet of any youth institutions.

Allow yourself some time to start you Montana growing operation. Any business can take a while to get started, and it’s a good idea to allow a year or more to get finances in order, acquire necessary licenses and get suppliers and employees lined up.

Looking to start a marijuana growing operation in Montana? The consulting companies listed below provide a wide range of services from helping with state licensing requirements and applications to running and stocking your business.