How to Start a Marijuana Delivery Service in Arkansas

How to Start a Marijuana Delivery Service in Arkansas:

There is a system in place for dispensaries (and their delivery services) to get the licenses they need. The up-front costs are indeed high, but it can be worth it since the industry is so strong. Sales in 2016 were more than $50,000.

Let’s look at how to start your medical marijuana delivery service in Arkansas.

Medical marijuana became legal in Arkansas when Issue Six (also known as the “Arkansas Medical Marijuana Amendment”) was passed in the summer of 2017. A lobbyist group successfully received the number of signatures necessary to hold a vote. More than 106,000 signatures were collected by Arkansas United for Medical Marijuana, more of 75% of which were verified as legitimate.

Because it was so recent, the industry is still ironing out the kinks to establish an effective and regulated system to get patients the medical marijuana that they need. There are no businesses in operation yet. According to the law, at least 20 businesses must be approved, but the upper limit is 40. To start, 32 licenses will be issued to the initial applicants.

The Alcoholic Beverage Control Division monitors the medical marijuana program in Arkansas, while the Medical Marijuana Commission regulates it.

To be eligible to apply for a medical marijuana business license, applicants need to be able to prove they can afford to maintain a business. Some sort of proof of assets is required, or else a surety bond, that totals $200,000 or more. Regarding liquid assets, at least $100,000 needs to be demonstrated.

When an applicant submits his or her application, they will also have to pay a fee of $7,500. Half of this fee is refundable ($3,750). For a Cultivation Dispensary, a licensing fee of $25,000 will need to be paid, while a Non-Cultivating Dispensary will need to pay $2,500 for the licensing fee. Delivery services fall under the same dispensary rules.

Applications were accepted from June 30th, 2017, until September 18th, 2017. Because they are not planning on giving out all of the licenses yet, it is a good idea to prepare to apply when a new round of applications is opened again. Licenses are awarded by the Medical Marijuana Commission.

Cultivating dispensaries are allowed to grow 50 or less “mature” plants at a time, as long as they pay the $25,000 fee. The Commission can decide whether to accept or deny this request.

At the moment, 32 dispensaries and 5 cultivation facilities will be issued licenses. This is decided based on their proof of merit. The Medical Marijuana Commission handles the review and awarding process.

The business will need $100,000 in liquid assets, $200,000 in assets (which must be provable), and enough cash for the application and licensing fees:

Delivery business fees depend on whether your business will be cultivating or non-cultivating, and it falls under the same rules as a dispensary (it will be a dispensary, but one that also delivers).

How much does can a marijuana delivery service in Arkansas make?

Given the engagement and enthusiasm of Arkansas residents, it is likely that, by the year 2021, medical marijuana sales could get up to $56,400,000 and will likely continue to grow. Marijuana delivery services can make anywhere from $50,000 a year up to millions.

There can be quite some variability on how long it will take to start a cannabis business, especially depending on where you decide to open your business. Allow at least, a year to get finances in order, complete the steps to acquire the necessary licenses, and get your suppliers and employees lined up.

Looking to start a marijuana delivery service in Arkansas? The consulting companies listed below provide a wide range of services from helping with state licensing requirements and applications to running and stocking your business.

How to open a Dispensary in Arkansas 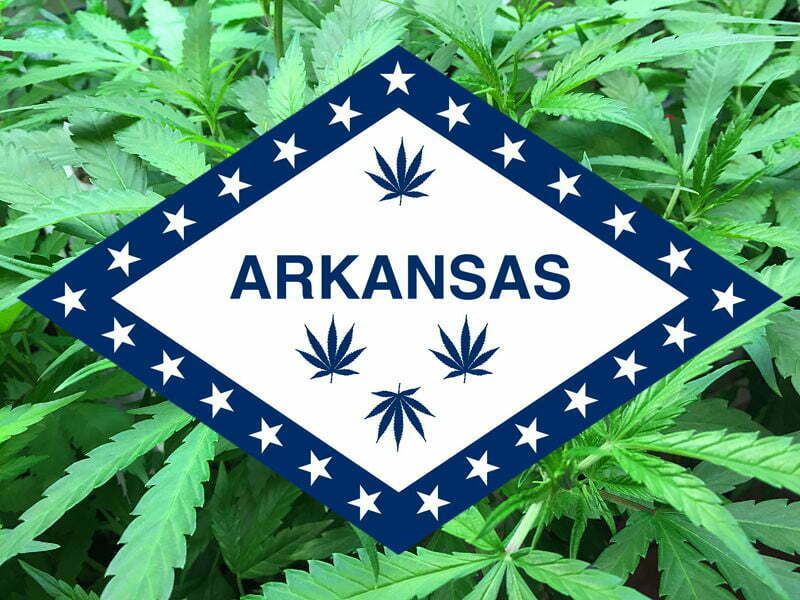