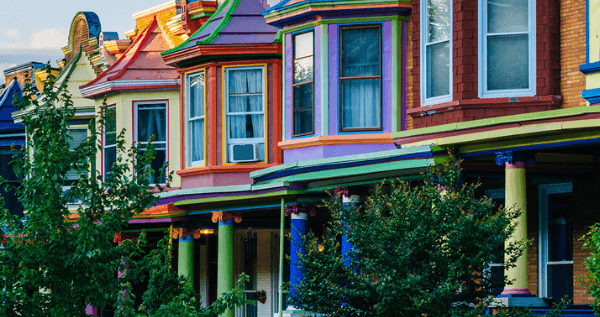 Maryland surrounds Washington DC, a district that passed legislation to legalize marijuana.  Marijuana is not legal in Maryland, but possession is decriminalized. There’s also a medical marijuana program. Growing small amounts of weed in Maryland is treated as possession.

In 2014, Maryland passed legislation to approve a medical marijuana program.

It covers patients with Cachexia, Anorexia, or Wasting Syndrome, Chronic Pain, Nausea, Seizures or severe or persistent muscle spasms and does not include edible forms of marijuana. Patients are limited to a 30-day supply.

Maryland shares borders with a strongly anti-marijuana state and a legalized district.

As a result, its medical marijuana program is fairly restrictive and does not allow for caregivers or home growing.

Patients must utilize dispensaries. Growing weed in Maryland for medical reasons is something the state was not willing to allow.

Maryland currently decriminalizes the possession of marijuana that is less than 10 grams. There are no laws for growing weed in Maryland, and everything is based on possession. Possession of a plant is the same as possession of dried smokable herb or hash.

Decriminalization means possession is not criminal if it is less than 10 grams. Instead, there’s a maximum $100 fine for the first time. For the second time, the maximum increases to $250. Growing supplies are also decriminalized, but you could face a citation.

While it is true that Maryland has relaxed their marijuana laws, the police aren’t always on the same page. Although the state has decriminalized, the police are still very likely to arrest first and ask questions later. Of course, there are some things that will definitely put you in jail – such as carrying a large amount of weed.

Possession of 50 lbs of marijuana or more will send you to jail for at least five years.

Maryland is decriminalized, but you shouldn’t push your luck. Currently, those with a medical need for marijuana could possibly merely be charged $1000 if caught growing a couple of plants, but not necessarily. A slap on the wrist is not a guarantee, especially if they can find anything else to charge you with. Consult a lawyer and ask if this is your situation.

Although there are currently no laws around growing in Maryland, here’s why Maryland growers have a very hard time staying out of trouble:

So, if you are growing in this state, it is very important to consider your risks. A couple of dozen plants could mean a 5-year mandatory minimum (and you’ll probably have an intent to distribute added as well). Not something to sneeze at and definitely not advised!

Before dispensaries were operational, it was challenging to find legal weed.

Patients couldn’t risk bringing it in from other legal states. If they did, there was a potential trafficking charge.

However, now that medical patients can purchase from dispensaries, growing is likely not a popular option in this state.

Maryland may not have legalized marijuana. However, it is taking steps toward freedom of weed for all.

FAQs About Growing Weed in Maryland

Maryland’s medical marijuana program is fairly restrictive and does not allow for caregivers or home growing. Patients must utilize dispensaries instead.

How much marijuana do Maryland laws allow to legally possess?

Possession of less than 10 grams of weed is decriminalized. If caught with more, there’s a maximum $100 fine for the first time and up to $250 for the second time. Larger amounts may lead to jail time.

What’s the jail time for possessing large amounts of marijuana in Maryland?

Possession of 50 lbs of marijuana or more will send you to jail for at least five years.

What’s your experience with marijuana in Maryland? Let us know in the comments!