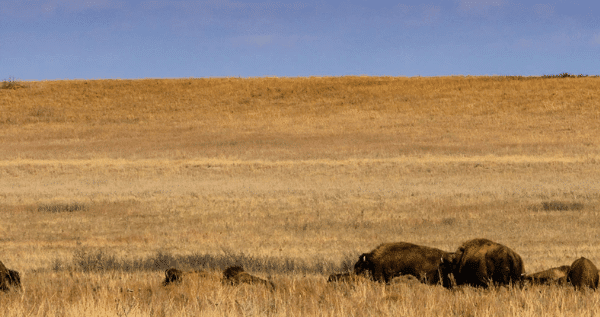 Oklahoma has made some big changes in their marijuana laws the last few years. It’s now easier to access if you have a medical need, and the laws are less aggressive toward the casual user.

While recreational marijuana is still illegal in this state, the new laws make Oklahoma a lot more weed-friendly.

For the most benefits, you’ll need to be a patient. Medical users can grow their own cannabis and consume a variety of forms of the herb. If you aren’t already a registered patient in Oklahoma, now is the time to consider getting a recommendation.

Oklahoma legalized medical marijuana the summer of 2018. This caused big changes in a state that previously had some strict marijuana laws. Since 2017, the state has relaxed some of their laws. Now, possession is a mere misdemeanor with up to a year incarceration and a maximum fine of $1000.

What’s not a misdemeanor is selling marijuana or creating concentrates. Being convicted of these things could lead to anywhere from two years to life in prison.

Keep in mind, Oklahoma still has mandatory minimums. This means certain conditions have non-negotiable jail time. Plus, any conviction, either a misdemeanor or felony, could cause your driver’s license to be suspended for up to three years.

If you intend to stay legal in Oklahoma, you need to have a recommendation from a doctor. There are no specific qualifying conditions, but you’ll need to register with the state.

As a medical marijuana state, Oklahoma has different rules for those with a medical need for marijuana than those who use marijuana recreationally.

Those in possession of marijuana without a state-issued medical license, could face misdemeanor charges. If you have less than 1.5 ounces of flower, you’ll only pay a fine.

However, if you have any amount greater than that (or anything other than flower), it is a lot worse.

You could face jail time and potentially have to pay a marijuana tax. You could also lose your property, as Oklahoma allows forfeiture for marijuana convictions.

If you are a registered patient, it is legal to grow weed in Oklahoma. Best of all, although the program is relatively new, you wouldn’t be alone. As of 2019, Oklahoma has more than 140,000 registered patients. Plus, caregivers can supply marijuana for homebound patients.

Medical marijuana users in Oklahoma can grow up to six mature plants (flowering). They can also possess up to six seedlings (vegetative). Currently, there are no other requirements as to how and where the marijuana is grown.

We selected the best seeds to grow in the Oklahoma climate! If you are planning to grow outdoors then, check out our custom collection of Oklahoma weather-approved seeds.

Growing marijuana in Oklahoma without a medical recommendation, on the other hand, is a felony. If you decide to go this route, you definitely do not want to get caught as prison time starts at 20 years.

However, you could face a potentially lesser charge if you grow small amounts on your own land. For more on stealth growing, download and read the Marijuana Grow Bible.

Faq about growing marijuana in Oklahoma

Is marijuana legal in Oklahoma?

In the last few years Oklahoma has made a lot of changes in their marijuana laws. It’s now easier to access if you have a medical need, but recreational marijuana is still illegal in this state

Is it legal to grow weed at home in Oklahoma?

Oklahoma allows home cultivation – as long as you have the recommendation of a physician.

Is it a felony to grow marijuana other than medical purposes?

Yes, it is a felony. If you plan to grow marijuana in Oklahoma, be sure to get a recommendation, otherwise you may risk a felony with a mandatory minimum of 20 years in jail and a maximum of $25,000 in fines.

BACK TO TOP
How to Start a Marijuana Delivery Service in Massachusetts
Growing in Northern Territory, Australia
How to open a Dispensary in Washington

18 comments on “Growing Marijuana In Oklahoma”