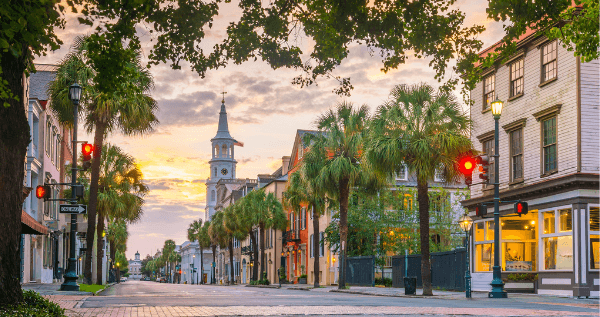 Growing marijuana in South Carolina is not legal, but recent laws are getting closer.  South Carolina currently considers it a misdemeanor to be in possession of up to 1 oz of marijuana- meaning you will have to pay a fine if you get caught with it.

South Carolina marijuana laws are somewhat, should I say, confusing. First they say you can’t smoke marijuana, and then they say only if it has a lot of THC.

They also say growing marijuana in South Carolina is not legal, except if you are growing it for medicinal purposes and your plant has very little THC.

If they think you’re growing it, you could face some prison time, and the charge is the same for up to 100 plants.

South Carolina does allow the growing of some hemp. They have legally defined hemp to be grown. They even have licensed growers that are growing it for ‘experimental purposes’.

Now keep in mind, South Carolina is very serious about what’s hemp and what isn’t hemp. According to them, hemp is not cannabis ruderalis…  no, hemp is marijuana with ultra-low THC– less than .3% to be exact.

Understand, now? Good, because if you get the two confused, the state will make you pay a fine. This is because they want you to clearly understand that growing marijuana in South Carolina is illegal.

The great Palmetto state will always love its trees even if they have to be very specific about which trees are acceptable. Medical marijuana is approved for CBD extracts with at least 15% CBD and no more than .9% THC for three specific medical conditions.  Unfortunately, confusion is not one of them.

So, in addition to interesting decisions about growing marijuana in South Carolina, the state also has some very particular medical marijuana laws.

The law includes so many exceptions that there is a reasonable chance you may not face serious punishment if you grow very small amounts.

In these cases, it almost always comes down to the money. That being said we don’t advise you to break the law and do advise you to be thorough when researching your options.

If your plants happen to get seized, South Carolina charges a marijuana tax – that’s not the least bit confusing! Makes you wonder how popular growing must be if they took the time to design a special stamp to place on marijuana.

Is it legal to possess marijuana in South Carolina?

In South Carolina, possessing less than 1 ounce of marijuana is a punishable misdemeanor and you might get a fine between $100 to $200 and up 30 days in jail for first-time offenders.

Is it legal to sell marijuana in South Carolina?

No, it is completely illegal to sell marijuana in South Carolina. If you get caught you will be subjected to both fines and imprisonment.

Is it legal to grow marijuana in South Carolina?