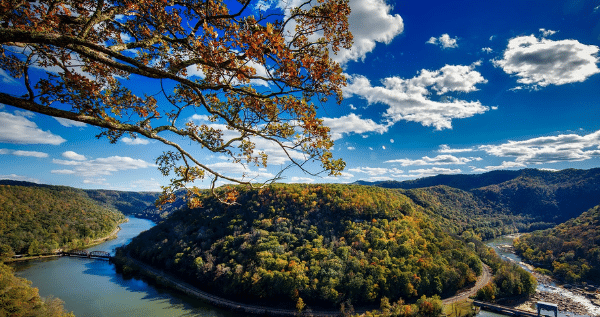 Growing Marijuana in West Virginia has not been legalized, but the West Virginia legislature recognized industrial hemp as a legal agricultural crop, as long as it didn’t contain more than one percent THC.

So even though we won’t be seeing beautiful marijuana plants along the West Virginia countryside, we may see its THC deficient cousin.

West Virginia is one of several US states to allow conditional release. This means that a court may offer alternative sentencing for people facing their first prosecutions.

A first-time offender might get the opportunity to opt for probation, rather than trial. After successfully completing probation, the individual’s criminal record does not reflect the charge.

The judge has no power to sentence the defendant to less time than the mandatory minimum. This means you must serve a minimum of one year in prison upon conviction in this state.

There are mandatory minimums for selling marijuana, but not necessarily for growing marijuana in West Virginia.

Cultivation in West Virginia is decided based on the aggregate weight of the plants. If you have a lot of plants it can be assumed that you intend to sell some of it, which could easily become a mandatory jail sentence.

If you have only a few plants, it may be viewed as possession and qualify as a simple misdemeanor, with a penalty of 3 – 6 months in prison, and $1,000 fine, if it isn’t your first time.

West Virginia’s conditional release means that those caught for the first time may only face probation.

The basic fact about growing marijuana in West Virginia is that you don’t want to get caught, and if you do, you definitely do not want to look like a drug dealer.

The best way to do this is to only grow small amounts, and read my Marijuana Grow Bible. It has detailed instructions on how to grow marijuana in West Virginia and anywhere else in the world!

It’s a free download that you can read on a mobile device or your computer. Read it anywhere you need to, but read it. Otherwise it’s like jumping in the ocean without knowing how to swim.