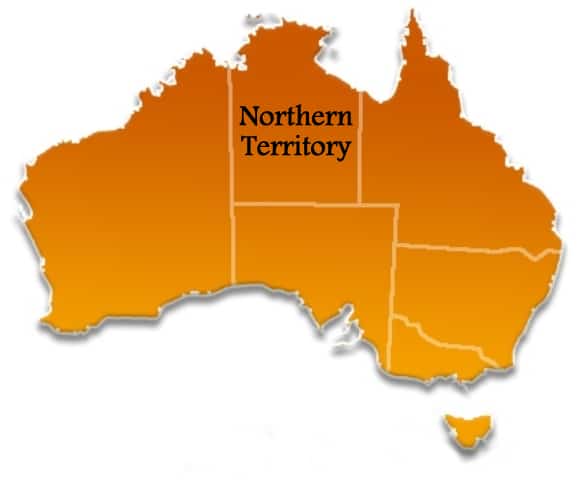 The Northern Territory is a place where it seems like it wants to be progressive, but so far their laws lag behind. There are strict penalties for people who are caught growing or possessing marijuana, for example — and these penalties are even more stringent than in other parts of the country. Nonetheless, the Northern Territory has lots of land and lots of sun — so if you kept it a secret (or if it ever gets legalized), you could have a pretty successful grow here.

Australia is not the most behind in terms of its marijuana laws, but it isn’t the most progressive, either. As of 2016, there is a medical marijuana program in place, but how that looks in each state can vary widely within Australia. Recreational marijuana is completely illegal. Some states permit medical marijuana prescriptions for patients suffering from specific conditions, while others evaluate the situation on a case-by-case basis and let anyone obtain medical marijuana as long as they are prescribed it by a doctor and have official approval.

Of course, having a medical marijuana program and realistically having access to medical marijuana are two very different things. Australia is a huge place, and not having enough dispensaries is a genuine issue. Again, this does depend on which state the person in question is residing in.

The population of Australia is actually mostly in favor of legalizing (or at least decriminalizing) marijuana. Unfortunately, the government seems a bit slow on the uptake and hasn’t quite come to terms with the reality of the situation yet. The different states already have their own regulation processes for the medical marijuana program, and they have different levels of punishment for simple marijuana possession (including growing a plant or two). Some states will just give you a fairly minimal fine, while other states could actually throw you in jail for two years.

The medical marijuana program in the Northern Territory is regulated by the Australian Government Department of Health. Any kind of medicine that has cannabinoids in it is restricted so that only patients with a particular ailment can get it. That said, the Northern Territory might be more ahead of its times than you would think.

The Northern Territory is actually interested in being more progressive when it comes to marijuana. In May, for example, the labor chief actually pointed out that they have an interest in being the first state in Australia where people can smoke and buy marijuana legally. While nothing has happened yet, the fact that some sounds are being made about it by politicians shows that something good is brewing.

Of course, a state is more than just its laws. The Northern Territory encompasses the middle third of the northern coastline and extends through the middle of the continent. This state has quite a low population, especially considering it’s large geographic size (it is the third largest state in the country). It has a mere quarter of a million residents altogether.

For growers, of course, the climate is an essential aspect of the state. The state’s capital, Darwin, is located in the northernmost region, where the coast is. This region is a savannah climate. The further south you go from there, the hotter it gets. The middle part of the state is a hot semi-arid climate, while the southernmost part (which is the middle part of the country) is a hot desert.

If you’re going to grow marijuana plants in the Northern Territory, you had better have a complete understanding of which climate zone you are in. This should determine which seeds you buy since different strains perform differently in certain climates.

At the time of writing, no Australian state allows marijuana cultivation — at least not without an official license. There have been a few licenses given out, although it’s important to note that just any old grower cannot simply start growing marijuana. There are extremely strict rules in place to qualify as a grower, many of which revolve around maintaining the security of the site. Basically, the government doesn’t want anyone to be able to stroll onto your grow operation and just take the weed they want.

At the moment, only this industrial cultivation of marijuana is allowed. However, this could change in the near future — and this change could be led by the Northern Territory. It could look something like Colorado in the United States, which allows for the cultivation and possession of certain (small) amounts of the herb.

Until then, the penalties for growing or possessing marijuana in the Northern Territory are actually pretty high. If you’re caught, you might end up paying 200 “penalty units” (each unit is currently worth $154), or you could land in jail for two years. If you’re growing a “traffickable” or “commercial” amount, you could end up in jail for 25 years or 7 years, respectively. If children are present or involved, these penalties become much worse.

The Northern Territory may not have legalized marijuana growing, but it’s still a great place to grow marijuana! Make sure you understand your risks and be careful! Happy growing!