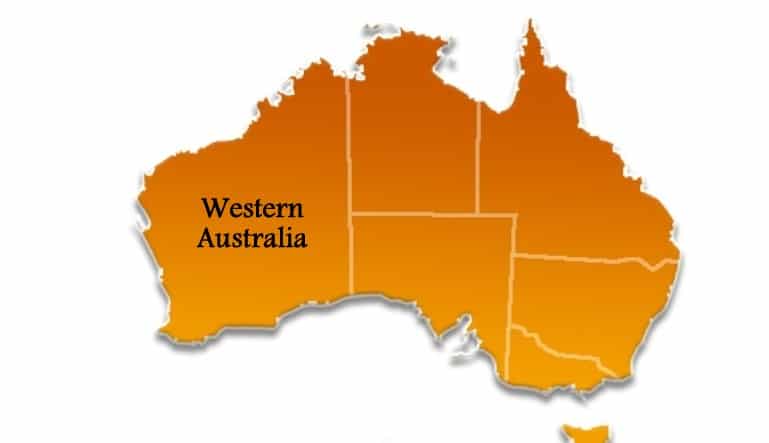 Western Australia is aptly named, as it encompasses the entire western third of the Australian continent. Although it is geographically vast, its population is quite sparse, leaving lots of space in the desert for wilderness and wildlife.

Western Australia is not particularly grower-friendly, at least regarding laws. However, they do have a program that allows first-time possession offenders to do a Cannabis Intervention Session rather than being hit with a hefty fine and/or being sent to jail for 2 years. This can mean that it is less risky for some marijuana connoisseurs and growers, although you should still do your very best to keep your grow operation a complete secret.

Australia is a friendly place in general, and culturally the people more or less accept marijuana use as something that should be decriminalized. Even so, the laws currently lag behind the will of the people. With any luck, they will change in the upcoming years, but these things often move slower than is ideal.

The most recent legal change took place in 2016 when an old drug law from 1967 was updated to allow for medical marijuana. This is all well and good, but in reality, it is still somewhat difficult for Australian patients to acquire the medicine. In other words, it’s not illegal, but it isn’t very accessible, either. This is something else that is changing but ever so slowly.

The different states in Australia have slightly different marijuana laws, so knowing the federal laws isn’t enough for any particular resident. Sometimes these laws are stricter, and sometimes they are less strict than the federal ones, so it could really make or break your growing or marijuana-using experience, at least in terms of how risky it could be.

Simply put, Western Australia is huge. It is an entire third of the continent, taking up the entire Western coast (and a third of the northern and southern coasts as well). Yet only just over a tenth of Australia’s total population lives in Western Australia, and those that do are almost all in the southwestern corner of it (near or in Perth). That means that there is a ton of wilderness in the rest of the state, which means plenty of land for planting!

Of course, it’s important to know exactly what the climate zones are like in Western Australia before planting anything. Certain climates are difficult to grow marijuana in, while others are more doable. You should definitely be aware of what exact type of climate you’re living in. Of even greater importance is the strain of seeds that you buy. Be sure you’re buying seeds in a strain that is ideal for whatever climate you are growing in. If you live in the desert, don’t buy seeds that need lots of rain and humidity, for example.

There are many different climates types within the vast space of Western Australia. In the southernmost coast (southeastern corner) it is a warm-summer Mediterranean climate. Lots of strains of marijuana will love this type of climate. If you go north from the coast, you’ll be in a semi-arid climate (there is both hot and cold here), and there is even a strip of cold desert nearby. The vast majority of land in Western Australia is hot desert, although the northernmost coast is Savannah.

For the purposes of this article, let’s examine Western Australia’s laws and penalties. You could go to jail for possession of marijuana or for supply offenses. If you are caught breaking the possession laws, you will get a maximum of 2 years in prison plus a $2000 fine (maximum). Supplying marijuana is far riskier, as the maximum prison sentence is 25 years and the maximum fine is $100,000. In either case, the offense will be added to your criminal record and could affect all sorts of job and travel opportunities. These laws are the same for any type of illicit drug.

However, there are less strict rules within Western Australia’s cannabis possession laws. If someone is caught with 10 grams or less of marijuana or marijuana seeds, assuming it’s clearly for their own personal use, they could fall under the Cannabis Intervention Requirement Scheme or CIR scheme. This also could apply when someone has smoking paraphernalia that has some marijuana residue or evidence on it.

While these less strict laws are automatic (so there is still a risk of getting hit with the worst penalty), this eases the stress to a certain amount. The offender must simply do a Cannabis Intervention Session within less than a month after the offense. If someone has already been convicted of an offense related to cannabis in the past, however, they are no longer eligible to get the CIR. Other previous convictions may also have this effect.

3 comments on “Growing in Western Australia”