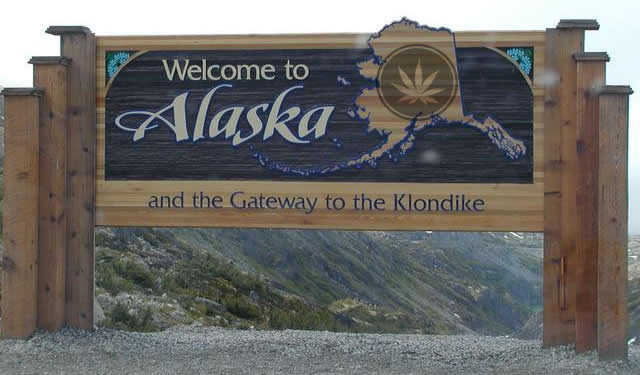 Alaska’s Ballot Measure 2 was approved by 52% of the state’s voters. This makes it legal for adults to possess up to one ounce of marijuana, and/or cultivate no more than six cannabis plants for personal, untaxed use.

Residents of Alaska may also apply for a Medical Marijuana Registry card. This allows patients in need of medical cannabis opportunities to legally use and cultivate products under the terms and conditions noted above.

In the state of Alaska, adults over the age of 21 are allowed to possess no more than one ounce of marijuana for personal consumption. Growers may cultivate up to six marijuana plants, with no more than three of them being in mature stages of growth. When it comes to hash and various concentrates, a single person may only possess less than 3 grams.

Gifting or sharing marijuana is legal, as long as it involves adults 21-years or older, and is less than six plans or one ounce for personal use. Cannabis sales are only allowed in Alaska state-licensed facilities.

There are some penalties imposed for those who go against Alaska marijuana laws, including:

• Possession of more than 4 ounces – Felony

• Possession within 500 feet of schools (any amount) – Felony

• Intent to distribute less than one 1 ounce – Misdemeanor

• Intent to distribute more than one 1 ounce – Felony

It is always a violation of Alaska’s cannabis laws to consume marijuana in public and to distribute it in any way to those under the age of 21.

To sell marijuana legally in Alaska, you must be over 21 years old, and be a state-licensed retailer. These cannabis retailers are regulated by Alaska state marijuana laws. All unlicensed sellers are subject to criminal prosecution.

Penalties for illegal sales could be classified as a Class C felony and punished by a fine of up to $10,000, and 5 years in prison. A person can give cannabis to someone over the age of 21 as a gift. As long as there is no compensation, and it’s under one ounce, there are no penalties.

Delivering marijuana to anyone under the age of 19 by someone three or more years their senior is a Class B felony. This comes with a fine of up to $100,00 and 10 years in prison. Delivering cannabis concentrate or hashish products under the same stipulations is first degree controlled substance misconduct. This offense is considered a felony and is punishable by fines up to $500,000 and 5-99 years in prison.

Growing and Manufacturing Marijuana in Alaska

Alaska state marijuana laws allow adults to grow no more than six cannabis plants at one time for non-commercial purposes. No more than three of these plants can be mature. Growers are allowed to keep what they harvest, as long as their crops meet these conditions.

Cultivated marijuana plants may not be visible to the public without the use of optical aids, such as aircraft of binoculars, and must be secure from any and all unauthorized access. The property where the cannabis is grown must be under the lawful possession of the cultivator. Anyone who violates the marijuana growing laws in Alaska is subject to a fine of up to $750.

The Alaska Constitution’s right to privacy act allows growers to cultivate 25 plants in a private residence for personal use. However, cultivating more than 25 cannabis plants in Alaska is a Class C felony. A fine up to $50,000 and 5 years in prison can be imposed.

Manufacturing THC concentrates and hashish with the intent to distribute is a third-degree Class B felony involving a controlled substance. This is punishable with up to a $100,000 fine and a 1-3-year prison sentence. Repeat offenders face fines up to $50,000 and 5-year prison sentences.

Consuming cannabis commonly involves smoking and vaping. Both require the use of various types of marijuana paraphernalia. This paraphernalia may include cigars, rolling papers, weed pipes, vape pens, bongs and more. Currently, there are no laws in the state of Alaska that govern the manufacture, sell or possession of such paraphernalia.

No matter how the cannabis is consumed, it is always illegal to consume it in public places.

Breaking the Marijuana Laws in Alaska

Driving Under the Influence of Marijuana in Alaska

Alaska has enacted a drugged driving law. These very strict laws forbid drivers from operating any forms of motor vehicles while under the detectable influence of drug metabolite or an illicit drug above a state-mandated threshold.

Forfeiture and other factors

The state government has the right to seize property, including vehicles, used during the violation of controlled substance laws in Alaska. Property owners are notified of the seizure within 20 days. These owners then have 20 days to respond by claiming their property.

Permits to drive and driver’s licenses are subject to 6-month revocation for all persons under 18 years of age caught possessing or consuming marijuana. And, those who maintain houses, vehicles and other structures for the purposes of using, storing or selling cannabis are committing Class C felonies. These people are subject to fines up to $50,000 and 5-year prison terms.

Any person who gives or sells marijuana to someone who engages in action while under the influence that cause civil damages may be subject to liability. The seller or gift giver is strictly liable for damages caused by the user under Alaska state marijuana laws.

1 comments on “Marijuana Laws in Alaska”