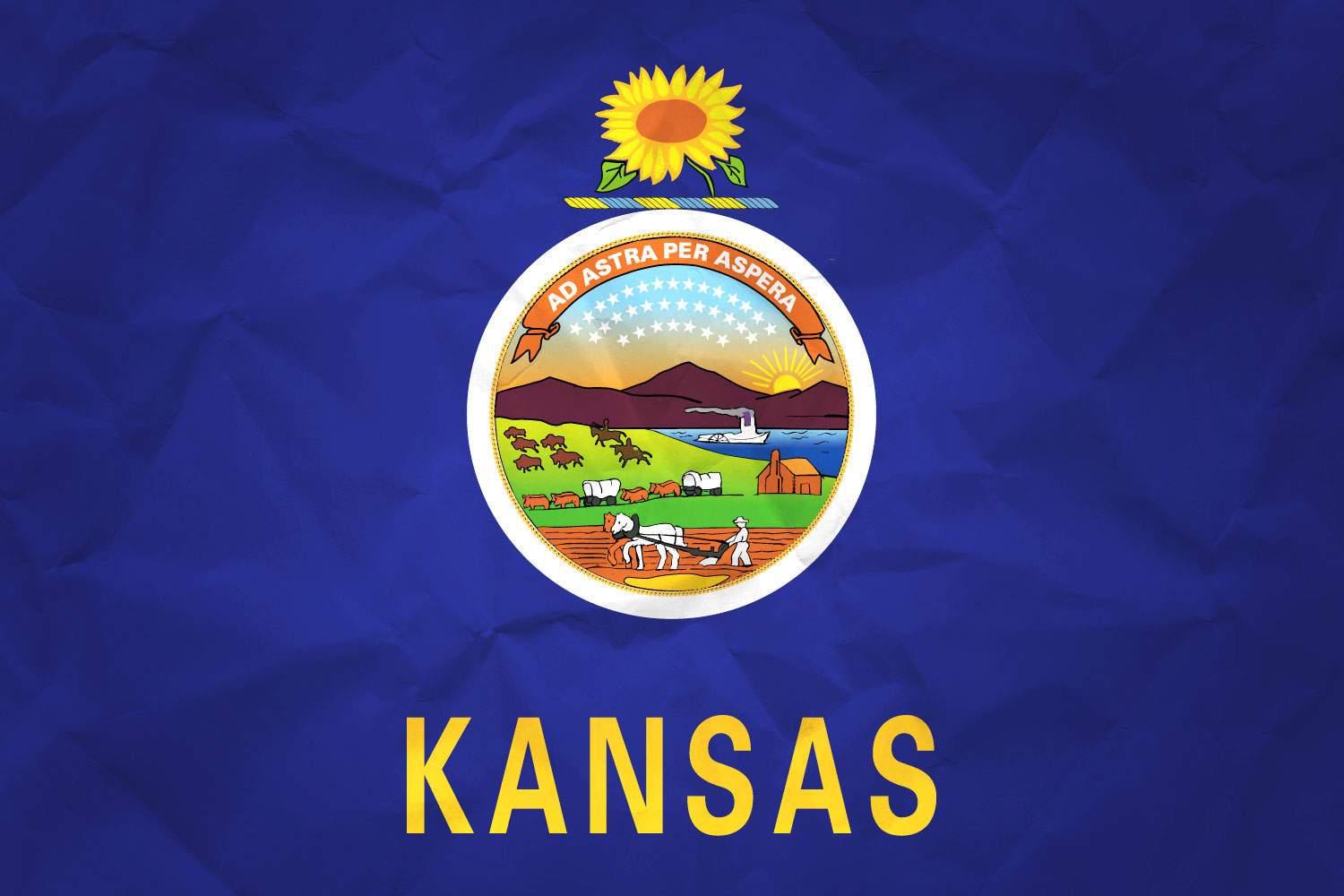 There are only three states in the country whose laws do not acknowledge the benefits of medical marijuana whatsoever. Kansas is one of those states. There have been several bills introduced in 2017 which would have created comprehensive state programs related to medical cannabis. However, these bills are off the table for the year, as they weren’t voted out of committee in time to meet the legislative deadline.

Is Marijuana Legal in Kansas

It is illegal to possess any amount of cannabis in the State of Kansas. Such crimes are punishable as follows:

Both cannabis concentrates, and hash are considered to be cannabinoids in the State of Kansas. They are Schedule I controlled substances that carry the same penalties as those for the cannabis plant.

The following are punishments for various crimes related to the use and/or possession of drug paraphernalia in Kansas:

In Kansas, it is 100% illegal to use, possess or sell cannabis. All marijuana drug sales in this state are punishable by law as follows:

It is a nonperson misdemeanor to sell drug paraphernalia. This crime is punishable by a fine of up to $2,500 and up to 1 year in jail.

Selling drug paraphernalia within 1,000 feet of school grounds or selling paraphernalia to a minor is a nonperson felony. Such crimes are punishable by a fine of up to $500,000 and a prison term between 5 months on probation to 17 months in jail.

Home cultivation of cannabis is illegal in the State of Kansas. Manufacturing and growing marijuana are felony crimes punishable as follows:

Possessing paraphernalia used to manufacture or grow fewer than 5 cannabis plants is a nonperson misdemeanor. It is punishable by a fine of up to $2,500 and up to 1 year in jail.

The State of Kansas does not recognize cannabis as medically relevant. Here, no one can legally use cannabis, hash, hash oil, concentrates, or other marijuana derivatives for recreational or medical purposes.

For first-time cannabis offenders, Kansas allows alternative, diversion, and conditional release sentencing. Under a conditional release, the convict is released on probation, as opposed to taking the case to trial. Once the probation is complete, the offender’s criminal record will still reflect a conviction.

Kansas has established a very strict per se drugged driving law. This makes it illegal for anyone to operate a motor vehicle while under a detectable amount of an illicit drug, drug metabolite, or marijuana. The state has set a threshold of just how much is considered a detectable level in bodily fluids.

This state has enacted a marijuana tax stamp law. Anyone who possesses cannabis in Kansas is required by law to buy and affix a state-issued tax stamp on the contraband. Criminal sanctions and fines may result for disobeying this rule. The state’s nonpayment penalty is 100% of the tax rate plus interest. Kansas currently charges the following tax stamp rates:

5 comments on “Marijuana Laws in Kansas”