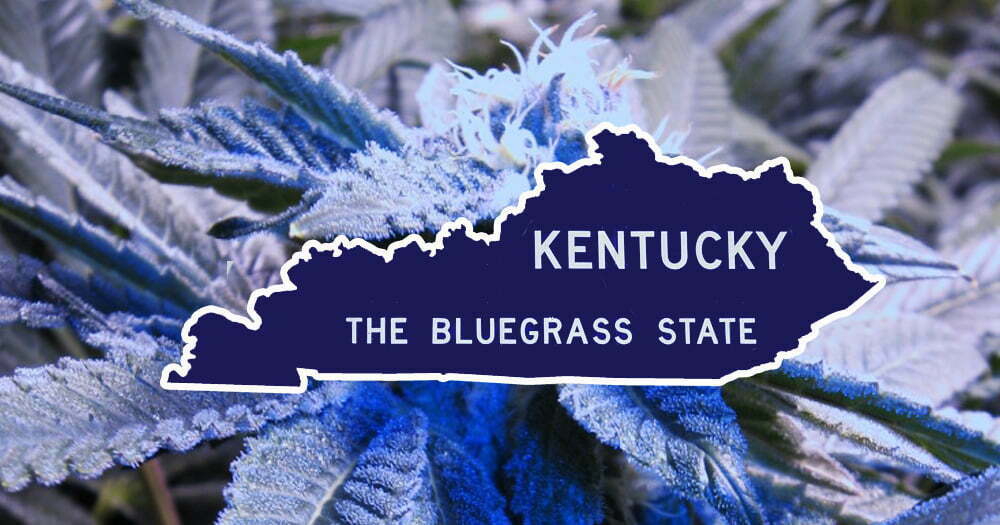 In 2013, the State of Kentucky passed Senate Bill 50. This bill encourages research sponsored by the state, regarding cultivating industrial hemp. SB 50 also allows industrial hemp to be produced, under license, as a commodity to the agricultural world. Hemp is defined as a variety of the Cannabis Sativa L species with less than 1% of tetrahydrocannabinol (THC).

Kentucky does not allow anyone to buy, sell, cultivate or use cannabis or derivatives legally within the state for either personal or medical use. State lawmakers consider cannabis a Schedule I drug and believe it has a very high potential for abuse. The state does believe marijuana has medical value.

The State of Kentucky does not differentiate between cannabis extracts, concentrates, and hashish from the marijuana plant itself. Therefore, possession of hash and concentrates is punishable exactly the way the state punishes marijuana crimes.

It’s a misdemeanor crime to possess drug paraphernalia in Kentucky. This crime is punishable by a fine of up to $500 and up to 1 year of jail time.

Trafficking and selling cannabis are both illegal in the State of Kentucky, and are punishable as follows:

Kentucky has yet to enact medical marijuana or personal use laws. It is still illegal to manufacture, cultivate or grow cannabis in this state. Penalties for such charges are as follows:

Marijuana is not legalized in any way in the State of Kentucky. That means it’s illegal to use cannabis, hash, hash oils, concentrates, or other derivatives.

To date, Kentucky lawmakers still consider cannabis to be a controlled substance. They do not believe it should be used by state residents for recreational purposes. The state’s lawmakers also don’t believe in the positive benefits of legalized medical marijuana.

First-time offenders of the following offenses will result in a Felony charge:

Anyone convicted of violating one of the crimes above, who possessed a firearm at the time the offense was committed shall face the following penalties:

Kentucky courts allow judges to offer first-time cannabis offenders conditional release, alternative sentencing, or diversion sentencing. Those given conditional releases do not have to go to trial and are eligible for probation. Once the offender’s probation is complete, the drug charge will still be reflected on the criminal record.

A per se drugged driving law has been enacted in this state. It forbids anyone from operating any type of motor vehicle while under the influence of a drug metabolite or illicit drug, including cannabis. The state-imposed threshold is strictly enforced, which is related to the amount of an offender’s bodily fluids.

The State of Kentucky has enacted a marijuana tax stamp law that penalizes cannabis offenders even more. It mandates that anyone who transports, buys, or imports cannabis into the state is legally bound to buy a state-issued stamp. This tax stamp must be affixed to the contraband.

Failing to follow the tax stamp laws in Kentucky may result in both civil fines and criminal charges against the offender. The penalty for nonpayment is a felony and is subject to 200% of the tax plus interest. Kentucky’s current tax stamp rates are as follows:

Because it is illegal to possess cannabis in this state, most people don’t pay the required stamp tax. However, if a person is convicted of a possession charge, she/he will become liable for any and all unpaid stamp taxes, plus any applicable interest charges.

1 comments on “Marijuana Laws in Kentucky”