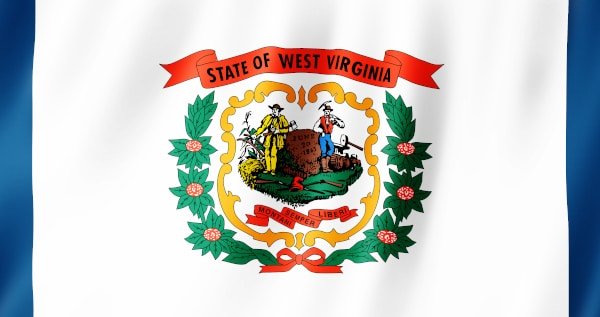 In the State of West Virginia, cannabis is a Schedule I drug. It’s a misdemeanor to possess any amount of marijuana in this state. Such crimes are punishable by a fine and jail time.

These patients will not have legal access to the plant form of cannabis. Instead, they will be allowed access to marijuana-infused products. West Virginia’s Bureau for Public Health is expected to begin issuing patient identification cards on July 1, 2019.

Because cannabis is a Schedule I drug in the State of West Virginia, it is a crime to possess it. Such crimes are punishable as follows:

West Virginia lawmakers consider hash and concentrate as the same as the plant form of cannabis. See section above for possession penalty details.

Once the West Virginia Medical Marijuana program is fully implemented in 2019, qualifying patients will be allowed to possess derivatives of marijuana. These cannabis-infused products include oils, pills, ointments, creams, gels, dermal patches, liquids, and tinctures. They may also possess marijuana-infused liquids and oils to be used in nebulizers and vaporizers.

In West Virginia, the laws are the same for selling cannabis and possessing it with intent to distribute. All related crimes are felonies, and punishable as follows:

Because West Virginia considers hash and its concentrates the same as the plant form of marijuana, the penalties for selling it are the same. See section above for penalty details.

Any person who finances, conducts, supervises, manages, owns or directs any part of an illegal drug paraphernalia business is subject to criminal prosecution. This misdemeanor crime is punishable by up to a $5,000 fine and 6 months to 1-year incarceration.

West Virginia law punishes cannabis cultivation as either marijuana simple possession or possession with intent to distribute. Charges are based on the plants’ collective weight. See “Possessing Marijuana in West Virginia” for penalty details.

In 2002, Senate Bill 447 was approved by West Virginia Legislature. SB 447 established procedures that allow local farmers to become licensed to harvest, plant, process, possess, sell and grow industrial hemp commercially. Hemp is considered an agricultural crop in this state when it has less than 1% THC.

No one may lawfully cultivate or grow cannabis in the state of West Virginia. See “Possessing Marijuana in West Virginia” for penalty details.

Because of West Virginia’s Medical Cannabis Act, residents will soon be allowed to participate in the state’s medical marijuana program. Currently, it’s still in the early development stages. Both qualifying patients and their caregivers must register with the Bureau for Public Health to obtain state-issued ID cards necessary for lawfully obtaining medical cannabis products.

The Bureau is not allowed to start issuing these ID cards until July 1, 2019. Until then, no one is allowed to lawfully use marijuana or cannabis derivatives in the State of West Virginia. Once the program is fully-implemented, program participants will have access to:

These products will have to be obtained through West Virginia state-licensed dispensaries. The state is expected to have dispensaries operational by 2019.

To qualify for the West Virginia Medical Cannabis program, patients must obtain a recommendation from a physician. This certifies that they suffer from one or more of the following debilitating, chronic conditions:

First-time offenders may be granted conditional discharge for convictions related to possessing under 15 grams of cannabis. This would allow the defendant to be placed on probation instead of having to do time in jail. Drug testing will be required.

If a defendant is convicted of a crime that carries a mandatory minimum sentence, that is the least amount of time the judge can issue for that crime. However, the judge may impose the maximum amount of time allowed for the charge.

Any and all possessions involved in the transport and production processed of cannabis may be forfeited to the State of West Virginia. All money and property used to commit violations related to marijuana may also be seized by the State.

In West Virginia, any attempt to contaminate a drug screening test, sell or knowingly possess to sell products for that reason is punishable by law. This misdemeanor crime is punishable as follows:

It is a crime to operate a motor vehicle while under the influence of cannabis in West Virginia. Those found guilty are subject to a mandatory revocation of their driver’s licenses.