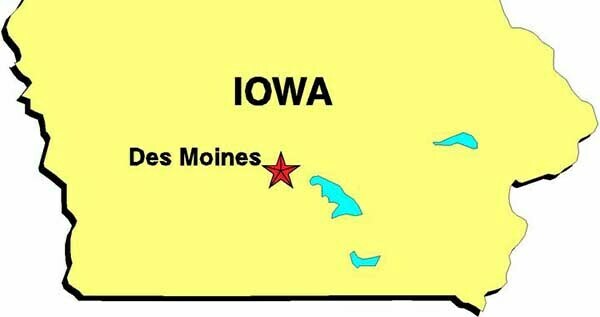 Iowa legalized its medical marijuana program in 2014 and extended it in 2017. Low THC marijuana extracts are permitted for in-state use, although there are currently no marijuana-growing operations in the state.

The State Board of Pharmacy monitors the medical marijuana program and authorizes licenses for businesses in the state. In Iowa, growing operations are known as “manufacturers.” There are only two licenses planned to be given out, which is scheduled to happen soon. If you want to begin planning a grow operation for this state, it is likely impossible at the moment – but perhaps one day in the near future they will open up a new application window for growing operations.

In any case, it’s best to be prepared. Let’s find out more about the way to start a legal grow operation in Iowa.

On the first July 2014, Iowa’s medical marijuana law passed, providing access to medical cannabis to patients with resistant intractable epilepsy and their registered caregivers. While Iowa was far from one of the last states to legalize marijuana, its program was not particularly extensive at the time.

However, on May 12, 2017, Gov. Terry Brandstand signed H.B 524 (Act), legalizing the employment of low-THC cannabis oil for qualified patients. The law together permits marijuana retailers to provide patients with in-state access to cannabis oil by Dec one, 2018.

Right now, you won’t find any marijuana-growing operations in Iowa. However, the application period is currently open. The Department of Health and the Medical Cannabidiol Board oversees the implementation of Iowa’s medical cannabis program. In the very future, Iowans will have as many as 60 licensed marijuana businesses in the state. As the patient base and popularity of medical marijuana grows, of course, it’s possible that even that number could one day increase.

Marijuana growers are classified as “manufacturers” in the state of Iowa. The license requirements for growing operations and dispensaries are very similar. Currently, the law has provisions for up to two manufacturer licenses, which will be issued and operational by December of 2018.

Once licensed, manufacturers can possess, cultivate, harvest, transport, package, process, or supply medical cannabis. They will also be subject to annual audits from the Department of Health. There are licensed to create medical marijuana in oil form, as long as it is low THC.

The State Board of Pharmacy plans to award marijuana growing operation licenses through a competitive choice method. Of the 60 total licenses permitted by law, only two of those are to be for growing operations (manufacturers).

Starting a cannabis-growing operation is just like any other marijuana business – it’s going to take some time to get up and running. It is a good idea to allow at least a year to get finances in order, acquire necessary licenses, get suppliers and employees lined up. This is in addition to the amount of time you may have to wait for the application period to reopen.

Looking to start a marijuana-growing operation in Iowa? The consulting companies listed below provide a wide range of services, from helping with state licensing requirements and applications to running and stocking your business.