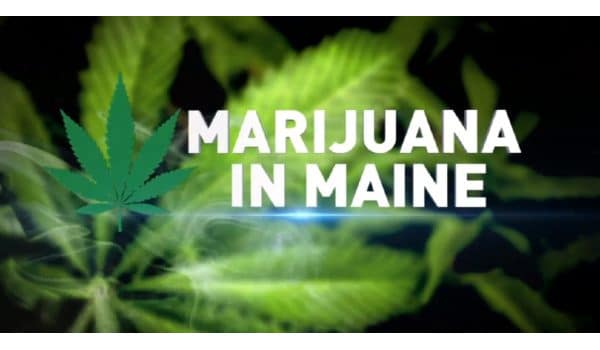 Maine was one of a few states that legalized the recreational use of marijuana on the November 2016 ballot, albeit by a narrow vote. Licensed growing operations in Maine must be registered nonprofits, and priority is given to registered caretakers and existing business owners (medical cannabis in Maine has been legal for 17 years).

How to start a commercial grow operation in Maine:

Right now, only citizens of the state are eligible to apply to start a marijuana growing operation in Maine. Additionally, municipalities can reject, ban or place moratoriums on licensed businesses if the local laws approve, so use due diligence and check the local laws before applying for a marijuana cultivation license. Current regulations are still being drafted and won’t be finalized until February of 2018.

Medical marijuana was legalized in Maine in 1999, by a majority vote of Ballot Question 2 on November 2nd of that year. The law was modified for improvements ten years later, clearing the path for a marijuana growing and dispensing system to be set up in the state. Under the new regulations, enacted following the ballot of November 8, 2016, Maine is now open for recreational marijuana growing operation licensure.

The regulations of this measure have provisions for:

Profits of the cannabis industry

Potential growing operation owners are allowed to set up shop in Maine, but this relies entirely on the location they will choose. Although Maine’s marijuana program is monitored and regulated by the Maine Department of Health and Human Services, the state allows local municipalities to ban or revoke marijuana business licensing if they feel they have valid grounds to do so.

The process for obtaining a growing operation license in Maine is exactly the same as the one for a dispensary. However, as of now, the state has yet to establish a detailed application process, and they are not required to do so until February 2018. This will give agencies and lawmakers some overhead to draft rules and enforcement policies.

Currently, the state limits cultivation to a total of 800,000 square feet of plant canopy. 40% of licensed business must have a canopy of 3,000 square feet or less. No one is allowed to grow on more than 30,000 square feet. A limited number of licenses will be awarded for larger grows. If a licensee does not use its full cultivation space within a year, its allocated space may be reduced. The state could limit the amount of marijuana cultivated for retail use, either with a cap or a dynamic limit based on the amount the growing operation was able to sell in previous months.

Applicants for a license must be at least 21 years old, and citizens of Maine with a verifiable SSN. They must also have a licensed business in the form of a partnership, association, company, corporation, LLC, or organization. If the applicant is a corporation, all board members must fulfill the above criteria. Drug convictions with jail time greater than 5 years might automatically disqualify applicants if it is less than 10 years since sentenced.

The Maine Department of Agriculture oversees the marijuana business licensure process. Prospective growing operation owners are expected to pay around $10 – $100 per 100 square feet of a cultivation facility, along with a non-refundable application fee of $10 – $250.

For those wishing to cultivate privately for a few specific patients (making them caregivers), there is also a Registered Primary Caregiver Application fee of $240 per patient (the maximum patient count is 5, meaning the maximum fee possible is $1,200). Non-cultivating primary caregivers are not subject to this fee.

Allow plenty of time to get your growing operation up and running. Allow at least a year to secure the necessary licenses, raise the required capital, set up your grow room and hire staff.

Looking to start a marijuana growing operation in Maine? These resources and consulting firms can help.