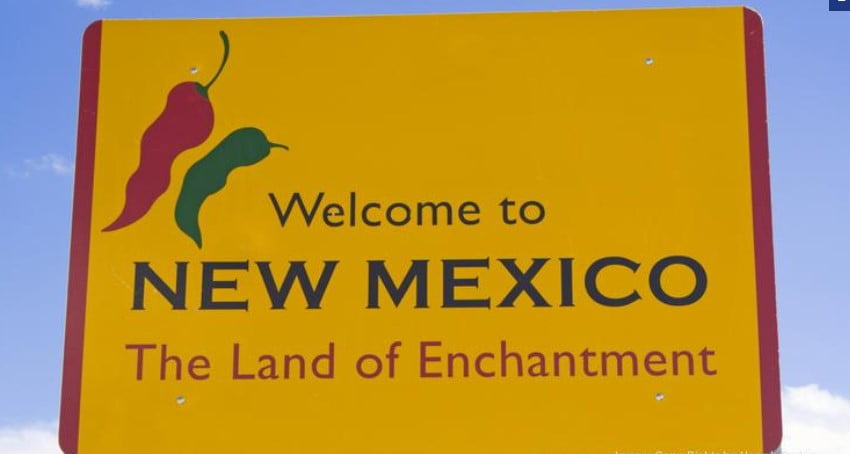 How to start a commercial grow operation in New Mexico:

New Mexico legalized the use, possession, and sale/distribution of medicinal cannabis for patients with qualifying medical conditions in 2007. It also expanded the program in February of 2015. During that time, the state accepted new applications for marijuana growing operations, but only for a month. As of now, New Mexico is not accepting any new cannabis business applications. However, it is creating guidelines for its newly launched recreational industry.

The Lynn and Erin Compassionate Use Act in 2007 was voted on in New Mexico to legalize medical marijuana. The Medical Cannabis Program allows qualified patients to possess up to 8 ounces of medical cannabis over a 90-day period. They can possess more if authorized by a physician.

The law also allows qualified patients to apply for a Personal Production License. This license allows home cultivation of up to 16 plants, including four mature and 12 in the vegetative stage.

New Mexico signed recreational-use marijuana into law in April 2021. It legalizes the possession of up to 2 ounces of marijuana and permits home-growing of up to six plants without a license.

How many marijuana businesses are in New Mexico

There are currently over 120 licensed medical cannabis businesses operating in New Mexico. At the end of 2016, the state’s marijuana market was slightly over 97 million dollars. Cannabis sales have overshadowed the state’s green chili market, which pulls in $41 million, and the New Mexico alcohol market at $30 million. Expectations are high for the recreational market. The state expects recreational sales to exceed 340 million by 2022.

Starting a marijuana growing operation in New Mexico can be quite complicated. Cannabis growers must maintain non-profit status and have a doctor, a nurse, and a physician on board.

To open a grow facility, you must be New Mexico resident, although it isn’t specified for how long. You’ll likely need to show water rights as well. At a minimum, you must produce a New Mexico driver’s license or comparable state of New Mexico or federally issued photo identification card verifying New Mexico residence.

It’s important to check the local laws before opening your business. New Mexico lets counties and cities to set rules for growers and sellers, including banning them if they choose. The state expects to set guidelines for recreational businesses by 2022.

Licensing fees range from $30,000 for 150 plants to $60,000 for 300 plants. There is also a yearly background check for everyone associated with marijuana growing operations.  You pay all the associated fees.

It costs anywhere from $5,000 to $100,000 to open a growing operation in New Mexico. There are also insurance costs, which should be similar to that of a typical business owner.

How much does a New Mexico marijuana growing operation make?

It may take longer than usual to start a business in New Mexico, especially since the state isn’t currently accepting applications. However, when they do, it’s a good idea to allow at least a year to get your cannabis growing operation up and running.

Looking to start a marijuana growing operation in New Mexico? The consulting companies listed below provide a wide range of services from helping with state licensing requirements and applications to running and stocking your business.