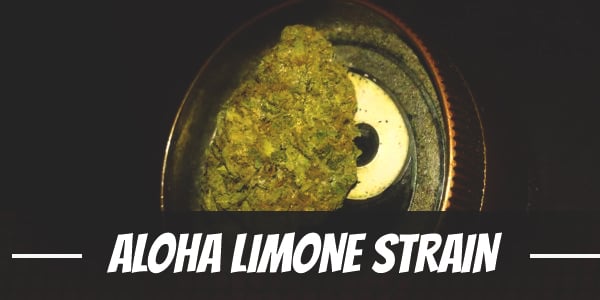 A bowl of Aloha Limone would be enough for users to take a short, mini-sabbatical at home while toking on its tropical-flavored smoke. It transforms the dreary day with its upbeat energy, allowing one to leave the negativity behind as one steps into vacation. In the process, it relieves fatigue and reduces stress.

Equally energizing is Nina Limone. It has strong hints of lemons and citric fruits that awake the senses in just a single whiff. Even better, its effects are a rush of energy that improves the mood as it continues to knead the muscles like a massage. From it, Aloha Limone gained its tanginess and subtle Kush undertones.

Hawaiian Sunrise, on the other hand, is a robust plant that traces its descent from Hawaii. Equally delicious, it tantalizes the palate with sweet overtones accentuated by floral undertones. Apart from being highly recreational and therapeutic, it is also an excellent breeder’s choice. It helps strengthen stalks, shorten the flowering period, improve resistance to diseases, and add bag appeal – all of which are traits that Aloha Limone is widely recognized for.

Within minutes after the first few tokes, Aloha Limone induces a euphoric rush that clears the mind and invigorates the body. It is best used in the morning, in place of an orange juice or coffee, depending on one’s preferences, for its ability to improve the mood. Setting the tone for a good day ahead, casual enthusiasts are likely to be more productive.

The uplifting buzz could also inspire an innate sense of happiness. Users with some free time will find that it inspires laughter and giggling fits, especially when used among like-minded friends either before a meal or while doing some tasks. Thus, it could make for an impressive recreational companion as well.

Although intense, it does not lock users to the couch. Instead, it provides a continuous supply of energy that keeps lethargy at bay that lasts even after the comedown. Thus, in small doses, it could be of use as a wake-and-bake companion that could power users through the day. Going beyond the usual amount, however, may lead to a couch lock as Aloha Limone stuns the mind.

Characterizing Aloha Limone’s terpene profile is the familiar aroma of ripe fruit. It has sour hints of lemon with a sweet tinge of citrus that intensifies once the buds are broken apart.

The bud exudes a tropical flavor that bursts in the palate with the delicious flavors of lemons and lime. It has hints of sweet oranges too, bringing out its citric overtones even further. On the exhale, it leaves a slightly earthy aftertaste with Kush undertones.

Toking Aloha Limone comes with the inevitable red eyes and cottonmouth. Although long-lasting, it usually goes away on its own after a few hours. Moreover, users can prevent it from exacerbating by avoiding caffeinated or alcoholic drinks.

Stress relief is, perhaps, Aloha Limone’s best attribute. It induces a tranquilizing head and body high that instantly releases the tension accumulated throughout the day or week. It calms the nerves and melts away worries, stopping negativity in its tracks before it overwhelms users or destabilizes one’s emotions.

Long-sufferers with depression, anxiety, and PTSD will also find an unlikely reprieve in Aloha Limone. Its ability to ease the mind and take it off of incessant concerns or dread will appease the feelings of worthlessness, hopelessness, and eliminate cynicism. In its place, there is an innate sense of happiness that improves the mood and keeps users feeling upbeat throughout the day.

Its invigorating buzz also extends to the rest of the body. Before anything else, however, it first relieves the body of aches and pains caused by issues such as arthritis, cramps, bruises, fatigue or overwork. Afterward, it delivers a flow of energy that improves one’s agility.

To some degree, the subtle stimulation, along with the analgesic effects, may also improve the appetite and soothe the stomach. In this way, patients with eating disorders can down a meal heartily without interference by a developed gag reflex or the complicated feelings of guilt and shame.

Growing Aloha Limone in the northern hemisphere may require the expertise of a seasoned grower. It is a tropical bud that is accustomed to a warm Mediterranean climate where the days are long, and it is free to soak up much of the nutrient-rich sunlight for hours on end. Cultivating it in higher latitudes means predicting the right amount of time to sow the seeds in soil to avoid an early winter or heavy rains.

The difficulties in cultivating Aloha Limone usually stop there. It is fairly resistant to many common pests and diseases that may affect the plant. For added measure, however, cultivating it indoors is also an option. Such controllable environments often offer easy adjustment to factors like lighting, temperature, and humidity; making it easier for growers to mimic Aloha Limone’s preferred climate.

Although already a high yielder, applying advanced growing methods such as the Screen of Green could greatly improve yields while also shortening the flowering period. This particular technique encourages lateral growth by gently weaving the branches into a net situated above the current canopy. Doing so greatly improves light distribution among the lower nodes and the main colas.

It takes Aloha Limone between 8 to 10 weeks to fully blossom, shorter than the average 12 weeks of most Sativa-leaning strains. At harvest, it remains a high yielder – promising between 12 to 16 ounces of buds per square meter once it is ready for harvest.

Highly adaptable, it does not take Aloha Limone too long to flower. In fact, it blossoms as early as 8 to 10 weeks while producing at least 16 ounces of buds per plant.

Have you ever smoked or grown your own Aloha Limone? Please let me know what you think about this marijuana strain in the comments below.