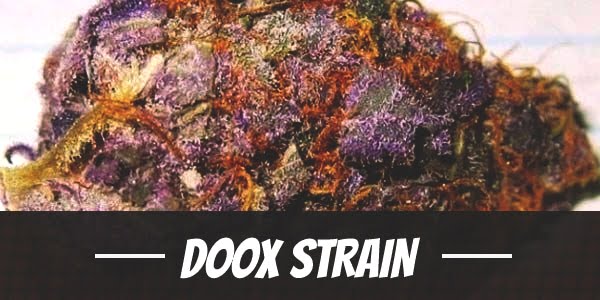 Doox is an artisan strain only offered by The Farm, a Colorado-based that grows clean, slow-cured, craft cannabis. Just as expected, it is delicious with its citric hints of lime and lemon accentuated by subtle notes of earth. Its buds are just as appealing too, with light green buds that look almost white due to the thick coat of trichomes. However, the crème of the crop is its 20% to 21% THC that delivers high-flying cerebral high with an equally energizing body buzz.

In creating the bud, The Farm used two world-renowned strains. First is Purple Cow, which passed on its Sativa-dominant qualities along with its sweet, fruit-flavored terpene profile as well as impressive trichome production. Meanwhile, from Chemdog, it gained its sour notes and high potency.

Drawing in Doox ushers in a mentally invigorating experience that lives up to expectations. Not only that, it has significant therapeutic benefits that provide patients from the medical marijuana community with a temporary reprieve against various health issues.

Doox has fast-acting and hard-hitting effects. Right after the first puff, the mind is immediately uplifted by a rush of energy that revitalizes users through and through. Oftentimes, the innate happiness radiates outwards as people smile for no reason.

Apart from enhancing the mood, the upbeat disposition also clears the mind. It helps casual users deal with stress from work throughout the day while providing a much-needed energy boost. Enhancing productivity is a heightened sense of focus that keeps one working on tasks until its completion.

From the temples, a tingling sensation erupts and creeps its way downward. Subtle at first, it gradually increases in intensity until it eventually envelops the body in an uplifting buzz. In spite of its ability to free the muscles of tension, rarely does Doox take users on a trip to dreamland. Rather, it complements the initial mental effects so one stays energized hours after the last puff.

Many feel immediately energized after taking a whiff of Doox. The strain gives off a pungent lemon combination with subtle hints of skunk. Accentuating the sourness is a sweet note of citrus which, once combusted, is further enhanced by hints of earth.

Doox swarms the palate with the citric taste of limes and lemons when drawn in. Its smoke also has sour undertones of skunk. On the exhale, it leaves an earthy aftertaste that lingers even after the last puff.

Doox, like other strains, contains moisture-inhibiting cannabinoids that interfere with saliva production. While the cottonmouth is usually harmless, it can be a tad bothersome to beginners. Thankfully, all that is needed to relieve it is a glass of water throughout the day.

The Farm’s craft cannabis strains are filled with cannabinoids that help ease a myriad of mental and physical afflictions. Its THC, for example, induces a happy high that leaves one feeling collected.

At the same time, it calms the fast-paced thoughts of users experiencing dread either due to work or personal anxiety. For this reason, it makes for a great stress reliever as well as anti-depressant that helps manage symptoms of mental health issues like depression or PTSD. The same psychoactive compound also reenergizes users through and through.

A natural painkiller, Doox relieves the body of various aches and pains beginning from the temples. It blankets the body in relaxation and, in doing so, prevents the muscles from suddenly contracting or causing pain. Meanwhile, its anti-inflammatory agents reduce redness and swelling.

As of the moment, the only way to acquire Doox is to buy seeds from The Farm. Another alternative is to try and get clippings which can be quite an arduous task when one has no connections. Nevertheless, the plant is worth the hard work as it is a hefty yielder that rewards aspiring growers with beautiful buds dropping in trichomes and resin.

With that said, climate and location are two important factors in growing a strain like Doox. As a Sativa-dominant strain, it has a propensity for long hours under the sun in warm, Mediterranean climate. The plant is also quite resistant to humidity-related problems like mold or mildew. Moisture is easily dried out due to its thin foliage. However, it will need to be staked for added support against strong gusts of winds.

It may not perform as well in the colder regions of the northern hemisphere. Rather than blooming early, it extends its flowering period by a few weeks to accommodate for the lack of sunlight.

Because of this, there are many growers who prefer cultivating the strain in highly controlled environments where adjusting factors like lighting, temperature, and humidity are easily adjusted. It will need to be topped early though. After all, it has a lanky structure that can easily fill an area lacking in vertical space. At the same time, pruning or trimming will also improve distribution of air, light, and nutrients among the lower nodes.

TIP: Buy seeds like Doox at our marijuana seed bank

It takes a lot of patience and labor to grow Doox. After all, it has an indoor flowering period of 10 to 12 weeks along with a 3-month curing period. Once ready for harvest though, it will reward growers with at least 12 to 16 ounces of buds per square meter.

Outdoors, Doox flowers from the last week of October to the middle of November depending on the weather conditions. It usually produces at least 16 ounces of buds per plant.

Have you ever smoked or grown your own Doox? Please let me know what you think about this marijuana strain in the comments below.