Uncertainty Surrounds the Proposal to Cut Marijuana Penalties in Iowa 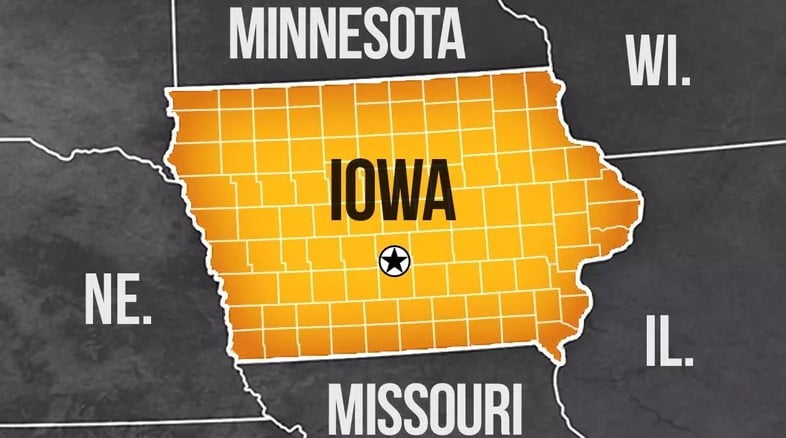 Criminalization of minor possession of cannabis has always been a counterproductive measure. It will not only consume a big amount of money on the related prosecutions, but it also deepens the racial divide among the society. For that matter, a proposal has been moved in the Iowa legislature to reduce the cannabis-related penalties, but uncertainty is looming around its approval.

The proposal changes the first offense of cannabis possession (five gram or less) from a serious misdemeanor into a simple one. If gets approved, it will reduce the prison time and prosecution fee for the convicted individuals.

According to a member of American Civil Liberties Union of Iowa, this bill can help in dealing with the problem of racial inequality in the state. As per a report from the same group furnished with the help of federal data, there are eight times more chances for a colored individual to get charged for cannabis possession than a white adult. In terms of consumption, there isn’t any stark difference between the two communities.

A report from Legislative Services Agency mentions that, in 2016, more than half of the cases of cannabis possession in the state involved stuff of five grams and less. In the same time period, 18% of first offense cannabis convictions involved African Americans which are only 3.5% of the state’s population.

Concerned quarters have been debating the proposal for quite some time but it is still far from being voted by both houses of the legislature. Two different associations of law enforcement officers in the state have opposed the proposal while Drug Control division of the governor’s office is still unsure about it.

This lack of intent in moving the proposal forward seems more infuriating when nationwide debate over marijuana legalization has progressed beyond anyone’s wildest expectations. Lately, we have seen it in San Francisco where authorities are going to rescind and reduce thousands of cannabis-related convictions. On the other hand, Iowa is lagging way behind with cannabis progress.

Nevertheless, the MMJ program of the state got some improvement in 2017 when it was amended to allow the manufacturing and distribution of cannabis oil. The bill was passed by the legislature with Republican majority.

Judiciary committee of the Iowa senate put forward cannabis possession measure last week. So, now the bill is qualified for voting from the floor but no details have been provided regarding its priority. This committee has taken the same action in past, which didn’t reach any conclusion.

Brad Zaun, the senator who drafted the proposal, says that the aim of this legislation is to protect careers and opportunities for people who get charged for minor cannabis possessions. Otherwise, he is also against the legalization of adult-use cannabis.

The approval of bill will significantly reduce the state’s expenses on prisons and correction centers because there won’t be thousands of inmates convicted for the possession of insignificant amount of cannabis. Let’s hope that the bill immediately gets on the voting floor for approval. Authorization of this proposal will certainly help in moving the debate of cannabis use in the right direction.