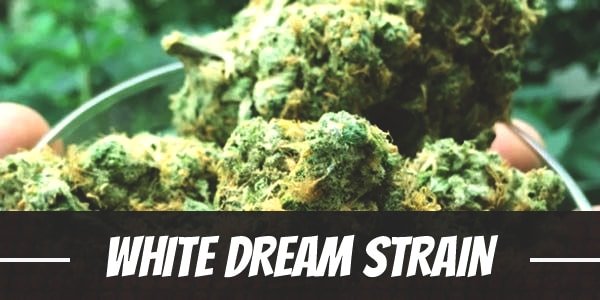 A sudden glance may confuse the sativa-leaning White Dream for the indelicate Wet Dream. However, the former is much more potent. Compared to the latter, it has a THC content that averages at 24% regardless of which batch its buds came from or when it was cultivated. Thus, one can say that the effects it delivers are much more intense too.

White Dream induces a powerful head high that instantaneously improves one’s outlook in life. It improves moods, boosts low energies, and helps users reclaim the day with a sharpened focus that doubles productivity. In spite of its Sativa-leaning effects, it proudly boasts a soothing body buzz that crushes stress.

Download my free Grow Bible and grow your own White Dream!

The strain also distinguishes itself with its lineage. Although it shares Blue Dream as a parent with Wet Dream, it is different in that the cross is with White Widow instead of Ocean Beach Haze. Because of this, its effects seem like a perfect head-to-toe high with impressive recreational and medicinal potential. Not to mention, it has a great grow profile and outstanding trichome production.

Like other Sativa-leaning strains, White Dream has a quick-acting high that starts almost immediately after the first two or three puffs. It introduces itself as a surge of energy that swarms the temples before flowing through the rest of the body through the muscles. Its onset, however, is largely cerebral.

It clears the mind with a rush of euphoria, improving the mood as it removes distractions such as negative thoughts. Once it settles, a behavioral change is instantaneously visible as the day turns for the better. It raises motivation and enhances focus so casual users can pursue tasks with complete clarity.

After about an hour or two, the once subtle buzz of energy from the onset begins to intensify. It fuels users throughout the high and, as a result, one continues to feel limber even at the comedown. Users can continue to take on light physical activities like a well-oiled machine.

White Dream is best used in the morning or early afternoon in place of coffee. It reinvigorates one’s zest for life while providing the much needed boost in energy that users require to go through the day.

Opening a bag of White Dream is enough to fill the room with its sweet scent. It has an undertone of cream too, which is noticeable once the buds are broken apart. Meanwhile, combusting it reveals its tangy undertones of citrus and skunk.

White Dream has a thick smoke with a creamy overtone with a subtle sweetness. It coats the palate with a saccharine milk before introducing its citric undertone. Complementing the tanginess is a sour skunk.

Red eyes and a cottonmouth are expected reactions to smoking marijuana, regardless of the strain. It is mild but can be quite irritating as it persists for hours. Many seasoned users usually ignore the dryness but beginners may down a few glasses of water throughout the day.

Greening out is also a possible side effect of smoking White Dream. It is usually characterized by either a temporary dizziness or headache. However, it is possible to feel a little anxious especially when too much of the bud is consumed. Hence, pacing is essential.

White Dream is a wonderful recreational strain. However, it also works well as a medicinal herb that provides patients with a reprieve against various mental and physical afflictions. Its up to 1% CBD, as well as other cannabinoids like THC and terpenes, deliver a therapeutic head-to-toe high.

Its uplifting onset that positively affects mindset and behavior. Its calming euphoria, for example, effectively slows down the overwhelming thoughts which lead to self-depreciating thoughts that diminish one’s confidence. Because of this, it can be used as a stress reliever as well as an anti-depressant that manages symptoms of depression, anxiety, and other mental health issues like PTSD.

Its muscle relaxing properties that tranquilize various aches and pains beginning from the temples. It surges through the limbs while simultaneously relaxing the muscles to free it of tension. As it soothes the body, it also brings back one’s initial limberness to combat physical fatigue and exhaustion.

White Dream exhibits a hybrid structure. It is tall and, at a glance, may seem lanky. However, it actually acquires the sturdiness of its White Widow parent. Because of this, it is a versatile strain that can be cultivated anywhere.

It has a bit of a problem adapting to the cool weather of the northern hemisphere though. A tropical strain, it prefers the warm sun and the fresh air of the Mediterranean. Days are longer there too, encouraging more time to grow during the vegetative period. Thus, it may flower longer in a cold climate where days are shorter and there is not enough sun.

Because of this, many growers prefer cultivating the plant indoors where factors such as lighting, temperature, and humidity are adjustable. One can also choose between different mediums, the most popular of which are soil and hydroponics. Buds are supposedly tastier when grown in the former but it is the latter that significantly improves its production.

Another way to improve yields is through plant training. White Dream works best with the Screen of Green method due to its height. Growers only need to weave the branches into the net to distribute light evenly among the budding sites.

White Dream has an indoor flowering period of 10 to 12 weeks. Once ready for harvest, it yields between 12 to 16 ounces of buds per square meter.

Growers can expect at least 16 ounces of buds per White Dream plant once it is fully mature. Harvest is usually around the last week of October to the middle of November.

What is the White Dream strain yield?

White Dream yields 12 to 16 ounces per square meter indoors and 16 ounces or more per plant outdoors.

How much THC does White Dream have?

What are the origins of the White Dream strain?

White Dream was created from a mix between White Widow and Blue Dream.

Have you ever smoked or grown your own White Dream? Please let me know what you think about this marijuana strain in the comments below. 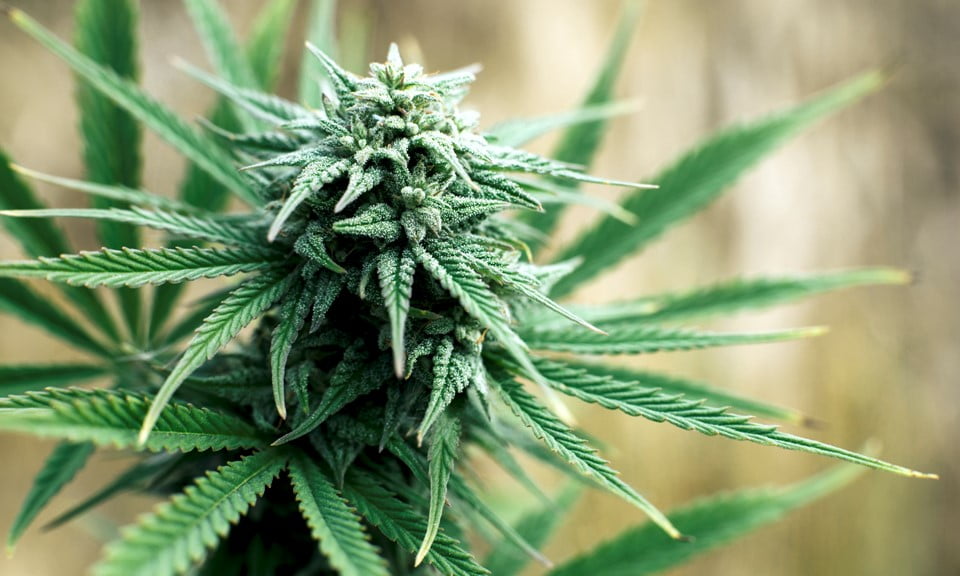