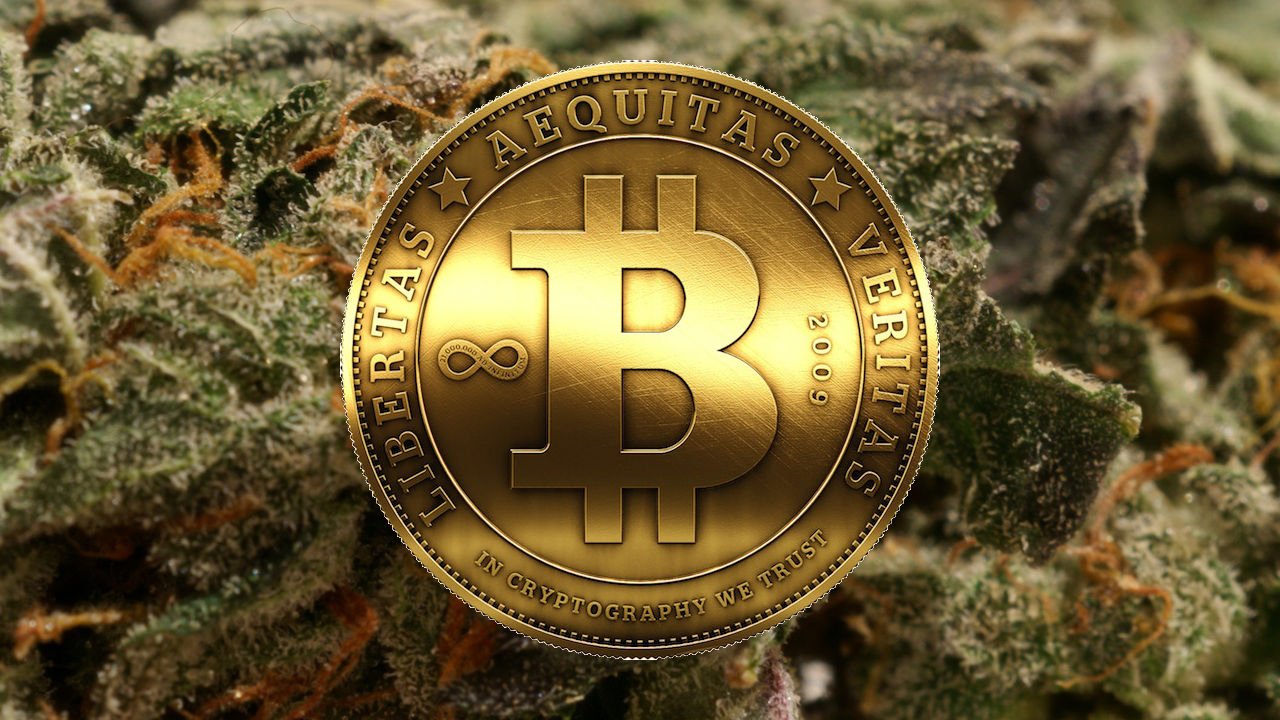 Here are six more reasons why cannabis and Bitcoins are perfect for each other:

If you don’t want your bank or anyone else poking their nose around in your personal business, Bitcoins are a smart choice. Bitcoin transactions are only connected to the wallets they pass through, so as long as you don’t connect your wallet to your real identity, payments are pretty much anonymous. Wallets are free, so if you’re particularly paranoid, you can create a new wallet with each transaction.

The Bitcoin Network is Safe & Secure

Like any type of currency, you should practice due diligence to keep your Bitcoins safe, but you don’t have to worry about identity theft or credit card fraud when using cryptocurrency. As long as you keep your wallet secure, it’s nearly impossible for anyone to steal your Bitcoins. They’re fully encrypted and most wallets require a 2-stage authentication to transfer funds. For maximum protection, store your Bitcoins in multiple wallets including one that’s hardware based.

You Can Get Major Discounts for Using Bitcoins

Whether you’re buying cured bud that’s ready to smoke or ordering cannabis seeds with Bitcoins, you can save big. A new San Francisco delivery company named Trees will give you 40% off for ordering your smoke through their services, and Gorilla Seeds out of the UK will give you 20% off their products plus up to 9 free marijuana seeds when you order from their site.

International Payments are Cheap and Instant

When you pay with Bitcoins, the network only charges a tiny transaction fee and the recipient can see the coins in their wallet within seconds.

Credit card payments are fast too, unless the purchase triggers a fraud alert or you’re not pre-authorized for international transactions. Fees range from nothing to 10% of your charge if you go through a network your card company doesn’t like, and there’s no way to know before you buy.

Sending cash or making a bank transfer for an international order can be time consuming and expensive, too. International bank transfers sometimes require an in-person visit to a local branch, fees can exceed $40, and it can take anywhere from a few hours to several days for your payment to arrive. With cash, you’ll have no idea when, or if, it will arrive unless you pay for the upcharge for trackable international mail.

No Big Brother Watching Over Your Shoulder

Because Bitcoins are decentralized and open source, they’re not controlled by any one group or country. That means no one can tell you what you can buy or who you can buy it from. And, you won’t have to call your bank to get permission to spend your own money in a foreign country when you buy with Bitcoins.

More people would use Bitcoins if they were easier to get. You can buy them on sites like LocalBitcoins, Coinbase and Circle, but the new Bitcoin ATM machines promise to make it very simple to fill up your wallet.

So far, there are two places where you’re most likely to see a Bitcoin ATM: major cities with a lot of tech-savvy residents and in states that have legalized cannabis. Colorado has 12, Washington State has 6 and California has 55.

Many, but not all, of Bitcoin ATMS in these states are located in cannabis dispensaries. As legalization spreads and more dispensaries open, it could open the door for more Bitcoin ATMS, NFTs, and more widespread access to cryptocurrency for the general public.

Cash still rules the cannabis industry whether it’s legal or not in any specific area, but Bitcoins may provide a safer alternative to both online and offline sales in the not so distant future. Have you ever bought anything with Bitcoins?