Skip to content
Home › Growing › How can you make your grow more green?
Reading time: 3 minutes

Let’s be honest, growing cannabis is not the best thing for the environment. Actually, it’s pretty bad for the environment. Growing uses a lot of water and electricity, the former becoming increasingly scarce in California, and the latter can get exceedingly expensive. Indoor grow warehouses in Colorado had electricity bills that went as high as 130 thousand dollars! Fortunately, it doesn’t have to be like that for you. There are ways you can make your grow more green.

How can you make your grow more green?

Growing outdoors is the quickest way for you to make your grow more green. The reason why growing is expensive is because of the equipment you have to buy (grow lights, etc.), and of course the enormous power bill that you have to contend with. The awesome thing about sunshine is that it’s free. If you live in the right area, you have a lot of it at your disposal. Growing outdoors helps the environment by allowing plants to release more oxygen into the air via photosynthesis, which you can check with a VPD chart.

The biggest environmental issue with growing cannabis is the amount of water it requires, especially if you’re growing a large crop. Collecting rainwater is also a great way to reduce your water usage. Collecting rainwater is not as restricted as it used to be. Some states still have really strict laws on collecting it, but it’s rarely outright illegal. Colorado, for instance only allows rainwater harvesting directly from residential roofs and there are strict regulations on it. Harvesting rainwater in Oregon is only allowed off of rooftops, and there are still 17 pages of regulations on it. There are other ways to reduce your water usage. You can also use a mulch which reduces waste and reduces the frequency you need to water your plants.

Sometimes you don’t have the option of choosing to grow outdoors. You may not have the space, or you live in a state that doesn’t allow outdoor growing, like Colorado. The strain you’re growing can only be grown indoors. Fortunately, you can make your indoor grow more green too.

LED lights are far more energy efficient than HPS (High Pressure Sodium) lights and they emit less heat too. When LED lights first came out, they were not as popular among growers because they were expensive and there was no standardization, but this report claims that top of the line LED lights can produce the same results HPS lights can.

As far as substrates go, coco coir is one of the best and it’s ecologically friendly too. This coconut fiber has become a staple of many master growers. If you’re looking to make your grow more green, this is the perfect way to go. It absorbs water easily and drains freer than any other substrate you’ve used.The reason why is because coco peat is basically made up of little tubes that take in water quickly and easily. It’s very similar to the way a drinking straw works.

Got any other ideas on how to make your grow more green? Tell us below! 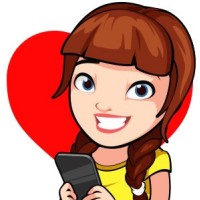 2 comments on “How can you make your grow more green?”