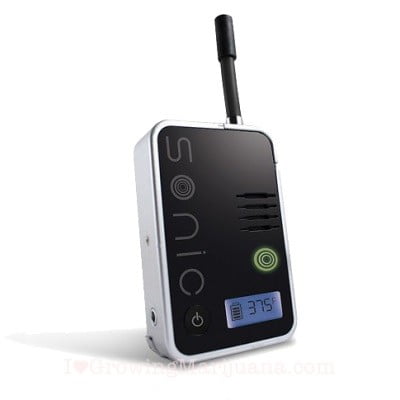 Anyone who’s seen a movie in which weed makes an appearance somehow has probably seen a variety of different smoking equipment. Humans have long had a fascination with making marijuana easier, more fun, and more interesting to smoke. Although the implement we’re probably all most familiar with is the joint, there are plenty of other options out there to get yourself high. Rolling a joint can also be a bit difficult for beginners and using other implements eliminates that process. Three of the most commonly used pieces of smoking equipment are the bong, pipe, and vaporizer.

The medium that most people are probably familiar with out of those three is the bong. Bongs have had a place in popular culture as long as the stereotypical stoner movie has been around. Everyone’s seen a bong. They basically have a well of water and a pipe for inhaling smoke. The combustion of the marijuana is essentially filtered through the water so that you have a much cleaner smoke that’s easier on the lungs. The water is what gives the bong its trademark “bubbling” sound. Bongs can be used individually or they can have several hoses attached to the water well for communal smoking.

Next, you’ve got the pipes. Pipes have long been associated with smoking tobacco, but they can also be used to smoke marijuana. You can buy a finely crafted wooden or metal pipe for some delightfully fancy smoking. You can also jury rig a pipe on your own. Many people have used plastic bottles as a way to get the same feel of pipe smoke. Of course, the potential risk of burning plastic is much greater and you never want to inhale burning plastic. It’s much safer to go with standard wooden or metallic pipes that don’t carry a risk of harsh chemicals make their way into your lungs.

The most recent innovation in marijuana smoking is the vaporizer. The vaporizer is the only truly healthy way to enjoy the benefits of smoking cannabis. That’s because it dispenses with all the harsh chemicals brought about through combustion. Joints, bongs, and pipes all increase the risk of inhaling these harmful chemicals. A vaporizer kind of looks like a bong but serves a much different purpose. Instead of combusting the marijuana by burning it, it actually vaporizes the marijuana through a process referred to as catalytic combustion. It’s also a great way to make your supply last much longer as it uses only a fraction of the amount of weed needed to achieve the same high. For more health benefits of vaporizers, check out this article on  marijuanavaporizer.com

However you smoke marijuana, it’s bound to be a good time. Whether you’re using it for recreational purposes or medicinal ones, each option provides different advantages and disadvantages. For instance, some people are just used to the taste and feel of smoking a joint while others are wary of the potential carcinogenic chemicals produced by combustion. In that case, they would probably opt for a vaporizer to cut out the nasty elements of smoking. I recently bought a Sonic portable vaporizer (www.vaporizor.com/sonic-vaporizer.html) and just love it. But hey, as with anything, there are different strokes for different folks 😉