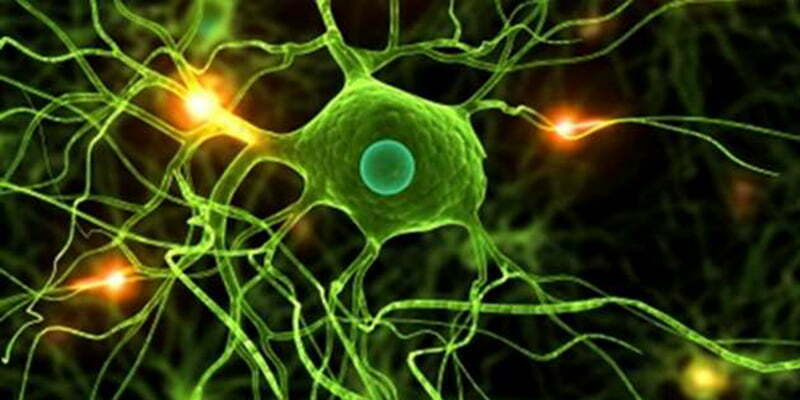 The different cell types vary in their function, and they all work together as a sort of cell team. Cells for the leaves, roots, vascular system are just a few examples of the different cell functions and types.

The different sections of the “factory” of the cell:

There are millions of varying kinds of cells that make up a cannabis plant.

Everything you do with your plant has an effect on the cellular plane as well. Outside factors (i.e. changes in sunlight or temperature) also come into play at the cellular level, affecting the plant’s functions. Consequently, it is very important to have an understanding of cell responses, so you can alter the conditions for your plant to make sure it has a perfect and healthy response.

To better understand the goings-on of cell processes, we will proceed with this article via an analogy. Instead of using the tricky cell part names, we will look at it as the different parts within a power plant and a factory.

Here’s how it works: The factory building, the receival of raw materials, the checking of these materials, and then the production of a finished result. A power plant provides the energy for the factory’s production, plus there is communication between that factory and the other factories. All of this is controlled and kept working in harmony by the head office.

These types of facilities and their processes can be compared to the cell processes themselves, and will help you learn and understand what exactly is going on at the cellular level of your plants.  Download my free marijuana grow bible at this link and grow like a pro.

The factory walls are the equivalent of the cell’s walls, which are kept firm because they are mostly made up of cellulose. When you walk up to the factory’s walls, the security guard from the receiving department greets you.

This department is the plant cell’s membrane, which (like a security guard) is the gatekeeper between the wall’s outside and inside. It works kind of like a border between the two and will not allow everything inside. Certain substances (nutrients, for instance) are invited inside without question while the gate remains shut for dangerous or unusable ones. In some cases, the cell purposefully expels or draws in certain things.

The membrane not only functions as the gatekeeper, but also works as the communications department. This department is what lets the cell remain in contact with the world around it. This allows the plant to react accordingly to changes in its surroundings. If the surrounding environment becomes warmer, the plant needs to cool down. This is done via communication from the cell membrane to the stomata, telling it to open and allow the plant to enhance its level of evaporation.

In some circumstances, such as when the cell is old or damaged, the membrane might start to leak, which can lead to issues in function. Specifically, harmful outside substances could be allowed to enter through the normally solid membrane. Consequently, the cell could die, which will harm the plant’s wellbeing and your cannabis quality.

The last part of the factory building is its floor, which is the equivalent to the cell’s cytoplasm. Cytoplasm is made up of water, other elements and some chemical compounds of different types (i.e. proteins). It is in liquid form and houses organelles or cell organs. It provides a means of transport between organelles.

Like a power plant provides energy for a factory, the sun provides the fuel for the plant’s functions. An integral part of energy usage in a plant is chloroplasts, which make sugar out of solar energy (which is called photosynthesis). This chloroplast is an organelle that distinguishes plant cells from animal cells. Photosynthesis helps store the energy for later use for production, maintenance, cell division, and respiration.

Like a power station, the mitochondria handle this stored chemical energy. Although a starch build up can compromise the photosynthesis process (transforming chlorophyll into a warehouse), cell chloroplasts actually store starch.

Without any light, plants can transform starch into sugars, thus reversing the photosynthesis process. For this reason, plants should not actually receive 24 hours of light per day.

Just as every factory has an assembly line, every cell has an endoplasmic reticulum (ER). This large cell is housed in the cytoplasm and connects to the cell nucleus. Ribosomes make the ER have a roughness in the part close to the nucleus.

Ribosomes function similarly to the assembly line workers by consistently making proteins, which are formed in the nucleolus. The nucleolus is located inside of the nucleus. Meanwhile, the smoother part of the ER, located further away from the nucleus, temporarily holds the proteins.

These parts of the ER that store proteins break away and go to the Golgi apparatus, which functions as the factory’s packaging and shipment department. All that happens here is the receival and more processing of the materials, and then shipping them back again.

Lots of the proteins are transferred to the cell membrane. This is due to the fact that it consistently requires maintenance; without it, the cell can not function well. Some materials that are created for the cell’s exterior are sometimes made by the Golgi apparatus. One example of such a material is plant hormones, which go on to have an effect on a different area of the plant.  Download my free marijuana grow bible at this link for more information about plant hormones.

The cell’s vacuole contains water that stores waste products and nutrients. In our analogy, the vacuole is the equivalent of the warehouse. It increases tension in the cell walls by pressing against them, thus making the plant stiff. If the vacuoles don’t have enough tension, the plant wilts. Since vacuoles need water to create the tension, too little water will make your plant wilt.

Acting as a repository, the vacuole also plays an important part in the plant’s fast responses to changes in water level. Potassium is moved from the vacuole to cell fluid when the stomata quickly closes as a response to too little water.

The stomata can also have fast responses to light, temperature, and carbon dioxide levels, which means the plant is able to optimize photosynthesis and have self-defense against outside threats. If you see some of the bottom leaves of your marijuana plant start to turn yellow and die, don’t panic. In reality, this is a sign of an important process taking place. Like a factory, waste is produced in the cell processes. This waste is kept in the vacuole. When large amounts of waste need to be disposed of, it is deposited into the vacuoles of a leaf. This leaf is discarded by falling off the plant.

Just as a factory’s goings-on are organized by its management, the cell’s processes are guided by its nucleus. All of the genetic information (DNA) is held in the nucleus. This DNA, though identical in all cells, contains switches that turn specific genes on or off. These “settings” decide what the cell’s function is.

Cells have the potential for any function when they are first formed. Leaf, root, or storage cells are all a possibility at first. Specialization occurs only after the switches in the DNA are enabled or disabled, which are in part determined by the plant hormones and plant-produced sugars. The sugars sometimes have a hormonal effect as well.

Leaves, roots, and buds are formed from tissues, which are made up of millions of cells. Since all the cells need to cooperate in order to achieve this, communication between them is essential. For this reason, the hormones act as information envoys.

Occasionally, a cell needs to be reassigned to a new function. One such instance is when a plant is cut since it requires new roots for the new plant to be able to soak up nutrients and water. It means that, shortly after the plant is cut, it will develop new cells that have no specialty, but will turn into root cells.

Additionally, the stomata on the leaves will close up. This helps the cutting’s water supply avoid evaporation; the plan will use the energy from its reserves until the plant’s new roots have formed. This is one instance of plants adapting to sudden or extreme changes in their environment by means of extreme organizational changes.

I hope this analogy has expanded your comprehension of the plant’s cellular processes. Thanks for reading! Please write any comments or questions you might have in the comments section below. If you need more tips on growing marijuana, check back to my blog and download my free Marijuana Grow Bible.

11 comments on “Growing Marijuana At The Cellular Level”