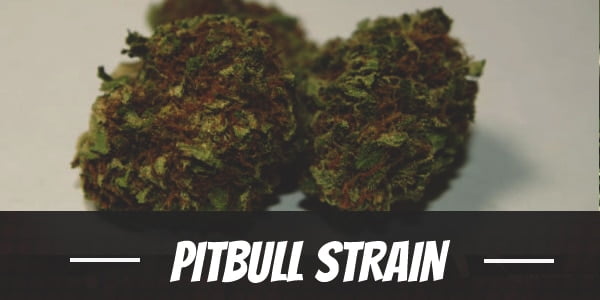 Cannabis varieties, like the Pitbull strain, are almost always generalized to have certain characteristics that sometimes are even the exact opposite of their true profile. These hasty generalizations, along with some expressively descriptive names, are basically what creates expectations from users.

While the majority of these types of strains do not necessarily disappoint the cannabis community, there are certain strains that fully live up to what their name stands for, and it is impressive, to say the least. It is not even just about a particular trait anymore, like a fruity flavor that can be used later on as a reference when it is time for the breeder to name a new creation.

Sometimes, it is all about looking into the profile of a strain as a whole and taking it from there. Take the Pitbull strain, for example. Admittedly, the name itself easily reminds users of the dog’s strong and dominant personality. Indeed, Pitbull offers its users with the same strength and dominance that makes one think that there is perhaps no other name more appropriate for the strain.

Download my free Grow Bible and grow your own Pitbull!

Now, Pitbull is just one of the few strains out there with a name that truly signifies its entire characteristics. In fact, below are some of the known information about the strain that any prospective user should be aware.

Pitbull is one of the strains that was born in the 20th century. It was bred by Stoney Girl Gardens by crossing P-91 and the award-winning strain Sugar Plum which is also developed by the same breeder.

The strain is widely known for its tenacity regarding the cultivation process and impressive potency which gained Pitbull some unwavering support from the cannabis community. Today, Pitbull can mostly be found in Arizona and the Pacific Northwest.

Being an Indica-dominant strain accompanied by maximum THC levels that can reach as high as 25%, Pitbull’s physical high is certainly more apparent. Although, the onset is a typical Sativa-influenced buzz manifested by a sense of euphoria that delivers happy thoughts, prompts giggles and improves a user’s sense of focus.

Once the dominating Indica concentration finally kicks in, the user will then be carried into a state of deep relaxation that is rather enjoyable and calming than heavy on the body. This will lead users to feel sleepy and strangely hungry in some cases

As rugged as Pitbull appears to be, it actually has some delightful fragrance that is rather odd for its tough image. To wit, it smells like a playful combination of a skunky earth with some sweet and fruity undertones that are reminiscent of lavender and flowers.

As expected, the flavors of the strain also have the same traces of skunky earth that is complemented by the sweet, tropical and fruity hints of lavender and lemons–a combination that truly stabilizes the strain’s overpowering potency.

Experiencing some adverse reactions while smoking weed is more or less expected. However, the severity of these reactions can be dependent on the strain’s overall chemical makeup.

In the case of Pitbull, it is likely to cause dry mouth and dry eyes more than anything else. Due to its minimal cerebral high, other side effects such as dizziness, paranoia, and headaches are possible but less likely. However, these could easily manifest if the user is not accustomed to the effects of highly potent strains.

For anyone who has had some experience with cannabis, it should not come as a surprise that these strains do have some level of medicinal purpose. Although, this particular aspect of cannabis can vary from one variety to the other.

In the case of Pitbull, one can easily assume that the plant has quite a relatively average level of CDB based on the given data which could work for some patients. However, those with greater dependency on the chemical may not find relief in this strain.

Due to the strain’s dominant Indica effects, it is proven to be most helpful in relieving pain that may be caused by various health conditions. In some cases, the strain can control nausea and stimulate the appetite of patients with eating disorders. In rare occasions, Pitbull may be able to provide temporary relief to inflammation and stress.

As previously mentioned, Pitbull is widely appreciated for its tenacity because the strain is said to withstand any growing environment. However, no further details have been provided with regards to its specific ideal growing conditions both indoor and outdoor.

Nonetheless, Pitbull has a relatively short flowering period and can produce large amounts of yield, making it an excellent strain choice for both the experienced and novice growers.

If grown indoors, Pitbull’s flowering period can last for about 6 to 7 weeks, and the yield can be as high as 16 to 20 ounces per square meter.

Given that the grower can provide a suitable outdoor growing condition for the plant, Pitbull’s buds should be ready for harvest by mid-September. The outdoor yield is just as promising at around 24 ounces or more per plant.

What is the Pitbull strain yield?

How much THC does Pitbull have?

What are the origins of the Pitbull strain?

Pitbull was created from a mix between P-91 and Sugar Plum.

Have you ever smoked or grown your own Pitbull? Please let me know what you think about this marijuana strain in the comments below.