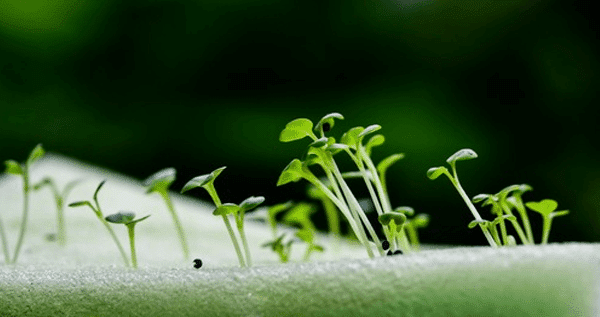 A new cultivation method is set to change how Licensed Producers grow their cannabis.

Aeroponics didn’t begin as a new method to grow cannabis. No, it started to help ease the increasing problem of arable for food production. The useable farmland around the world is diminishing quickly, as factors like soil degradation, usage planning and lack of available space to cultivate restrict how much producers can grow. When you add the need to conserve water and energy, while staying competitive, you have an industry set for innovation when it comes to food crop sustainability. An industry as big as agri-farming has always been a technological driver, pushing new, more efficient technologies and processes into the mainstream.

Aeroponics is proving beneficial for the agri-food industry and now cannabis production is following suit. After all, growing cannabis is an agricultural industry first and foremost, meaning most innovations that benefit food crops, benefit cannabis as well. With regard to some aspects, the problems faced by agri-food hit cannabis production even harder. Licensed Producers inherently have a limited grow space, so any technology that can help better utilize that space is incredibly valuable. Technologies that can produce a higher quality product while saving resources are even better.

This is where aeroponics is set to be a game changer for the way our food, and our cannabis is grown.

Aeroponics is the newest method of controlled cultivation. It provides the ability to grow crops without soil (land space) and while using minimal water. While every cultivator may run a different or custom setup, the fundamentals of aeroponics for cannabis remain the same. Anyways, let’s look at how aeroponics works. The very general idea is to grow plants without using soil or other replacement medium. Plants are vertically suspended by their stems with their roots exposed in a framework designed to meet the growers needs. The roots are regularly and systematically sprayed with a nutrient rich formula turned to atomized mist via an automated system. The roots absorb the nutrients they need and any formula not absorbed is collected for reuse. With aeroponic grow systems plants can now be grown in a closed environment while making use of often under-utilized vertical space.

If you’re thinking “Well heck, I could have thought of that…” Don’t. This technology isn’t something completely new, in it’s been around for decades in various iterations.

Let’s take a look at some of the tangible benefits of aeroponic cultivation. First up is efficiency, an important aspect any modern business. Aeroponics offers greater efficiency any other cultivation method. This is because it uses 90% less water than traditional in-ground farming and 40% less than a comparable hydroponics setup. Water efficiency is just a good thing overall, especially when you consider how important it is to protect one of the worlds most valuable resources. about 70% of is used for irrigation purposes so making a difference here could have big benefits worldwide.

Not relying on soil as a grow medium also sets an aeroponics system apart from traditional systems. No soil means plants can be spaced closer together and easily grown within manmade enclosures. An example is vertical farming, where rows of grow racks are suspended above each other, saving space and resources. This is much easier to do without soil and allows all the available space inside a green house to be used for cultivation. The result is more plants per space and the ability to grow anywhere.

Aeroponics growing doesn’t only benefit resource management however, as plant quality also gets a positive boost. Studies conducted with aeroponics show that plants grown aeroponically are often larger, healthier and of higher quality. The bit about quality is an especially big deal for the cannabis industry. Think about it. The plants roots receive nutrients uniformly and can translate all their energy into growing, not chasing food. Combine that with the huge boost in control that cultivators receive with aeroponics and cannabis production quality increases, growers are able to visibly monitor the health of the root systems, as well as other parts of the plants while fine tuning and tweaking the formula to best nurture their yield. Every Licensed Producer wants an efficient way to cleaner, better pot.

Those in the industry have dubbed aeroponics as the path to a “third green revolution” and a solution to the pressing needs of global agri-food. Now the newly legalized Canadian cannabis industry finds itself as the face for a new way of cultivation. It’s up to Licensed Producers like Ltd., who have implemented aeroponics inside their London, ON grow facility to continue to advance the technology and revolutionize how the industry grows cannabis.

BACK TO TOP
Why curing cannabis is essential for your crop
Making Marijuana Clones Is Easy!
What to do when your marijuana plant was knocked down