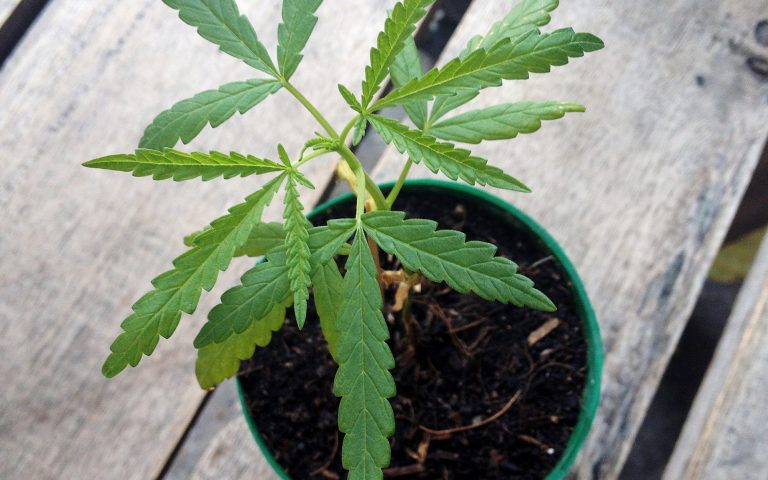 Oxygen isn’t a particularly critical factor because the air is full of it. As marijuana plants photosynthesize during the day, they release oxygen as a byproduct of sugar production. No extra oxygen is required aboveground.

How do Marijuana Plants Absorb Oxygen?

The roots utilize oxygen and absorb it straight from the soil or from water that has dissolved oxygen. The amount of dissolved oxygen that water contains is determined in large part by its temperature. Cooler water holds more oxygen, while warm water doesn’t hold that much. Anaerobic conditions are friendly to pathogens that might attack stressed roots. There are a few ways to infuse your water with oxygen.

First, keep the soil or hydroponic irrigation water at about 72*F. This temperature allows the water to hold adequate amounts of oxygen. Use a water chiller (found in aquarium supply stores) if the temperature is higher. These units maintain a cool temperature in the reservoir even if the surrounding temperature is much higher. This can save marijuana plants when air temperatures rise above 90*F. Cool, oxygen-rich roots keep the plant healthy and lessen any damage that hot air would usually cause.

How to Ensure the Water is Circulating?

With an air pump, you can keep the water circulating. You could also use a small submersible pump to create a mini waterfall. This constant turbulence allows the water to make contact with air. Water will exchange any carbon dioxide it is holding for oxygen.

Loose soil provides space to hold air and water and also promotes sufficient oxygen exchange for the roots. You can supplement the oxygen supply with hydrogen peroxide (H2O2) at the rate of around 1 part per 500 in the water-nutrient solution. With 10% H2O2, frequently found in indoor garden shops, you should dilute it at a ratio of 1 part per 200, or about 6 ounces per gallon. With pharmacy-grade 3% H2O2, it is already diluted at the rate of 1 part hydrogen peroxide to 5 parts water, or 20 ounces per gallon. You can enrich hydroponic water with hydrogen peroxide at the same rate you would enrich irrigation water. H2O2 kills pathogens and algae in hydroponic systems at a rate of around 1 part per 200 (6.5 ounces of 10% H2O2, or 20 ounces of 3% H2O2 per gallon).

Hydrogen peroxide is basically water with an extra atom of oxygen. This atom tends to jump from its unstable bond and combine with another molecule. That’s why hydrogen peroxide can burn skin and clothes. Because it’s an unstable molecule, the extra oxygen could jump off the H2O2 and take up with another O atom to create O2. Of course, the remaining combination of H2O is a water molecule. The O2 molecule remains dissolved in the water and is ready to be picked up by any oxygen-hungry roots. It also destroys pathogens by “burning” them. Hydrogen peroxide is effective for around three days, at which point more needs to be added.

If you want start growing, download my free grow guide and order some marijuana seeds at this link here. We ship seeds all over the US! For any growing related question please visit the marijuana support page.